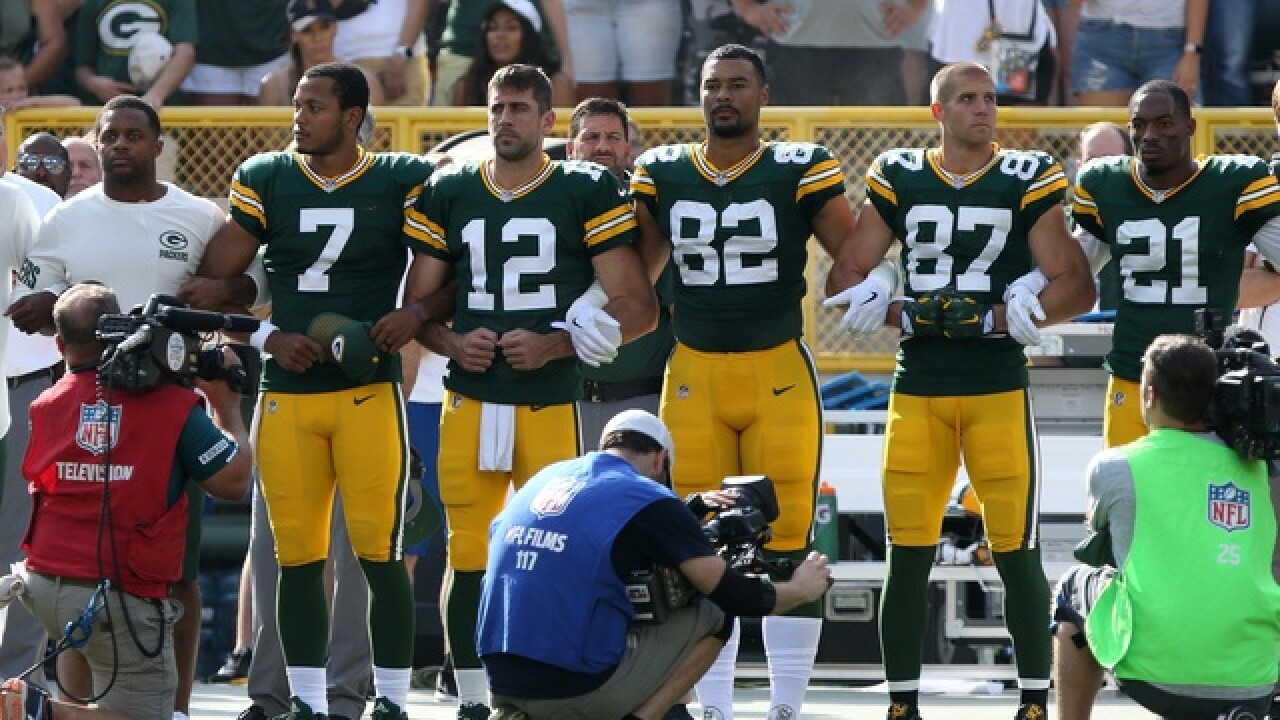 Amidst a surge in national anthem protests across the NFL this week, Packers QB Aaron Rodgers called for fans to also link arms during the national anthem at Lambeau Field Sunday.

After three Packers sat on the bench during Sunday's national anthem, the whole team plans to stand together in an effort to show a united front, Rodgers said Tuesday.

Tight end Lance Kendricks, one of the Packers who sat Sunday, said he didn't plan to do it again, calling it a "once-in-a-lifetime thing." He said he sat during the anthem to bring attention to the situation in Puerto Rico, which is reeling in the aftermath of Hurricane Maria.

"I think it's still good to get that message across that those people still need help too," he said of Puerto Rico. "Also you never want a teammate kind of sitting by themselves, which is what Marty was going through for a little while, so I was kind of trying to hit a little bit of both. Not trying to offend anybody or not offend military or anything like that or be a distraction. I feel like we kinda got that out of the way now, and this Thursday, we're going to be linking arms kind of like every other team has been doing."

After Sunday's show of support for protests across the NFL, Rodgers said he has received hateful and negative messages on social media. "Frankly don't understand" those messages, he said.

"It's never been about the military or our men and women in uniform. Like I said after the game, we love and support them and each of us I'm sure have done charity events for them," Rodgers said. "This is about equality. This is about unity and love and growing together as a society and starting a conversation around something that may be a little bit uncomfortable for people."