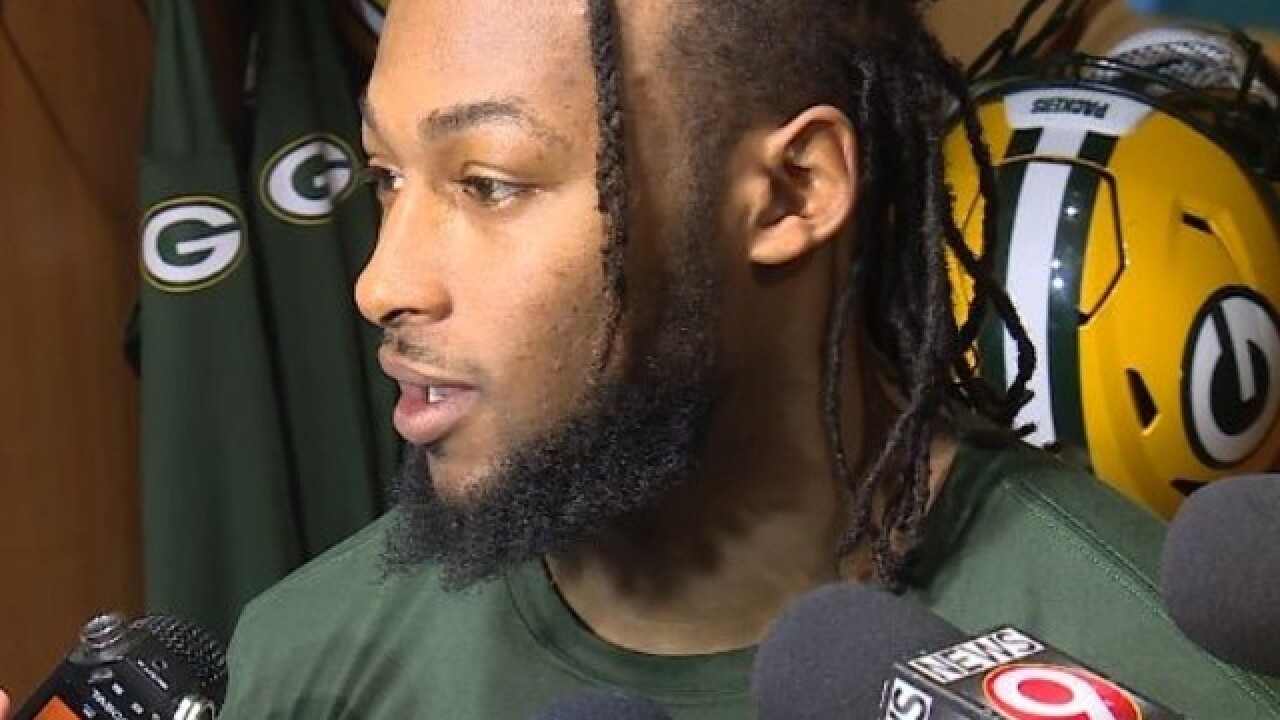 Packers running back Aaron Jones was officially activated to the roster on Wednesday, but what role will he play on Sunday against the Redskins?

"I understand what Aaron [Jones] gives us but his role will be secondary," head coach Mike McCarthy said. "Jamaal [Williams] and Ty [Montgomery] will be in the first slot."

Jones is returning from a two-game suspension for violating the league's substance abuse policy. The second year back out of Texas El-Paso said he learned his lesson and is excited to rejoin the team.

#Packers RB @Showtyme_33 is back and pumped to play against @AdrianPeterson on Sun:

"As a Texas kid, you grow up talking about a couple running backs. LaDainian Tomlinson, Emmitt Smith of course because he played there and then Adrian Peterson. He's a Texas high school legend." pic.twitter.com/Q0wNZbNvdV

"I feel like I can be a little explosive in the run game but [Jamaal and Ty] have done a good job with everything they've done," Jones said. "Averaging four yards a carry, it doesn't get any better than that."

Actually, it does. Jones led the Packers backfield with 5.5 yards per carry in 2017.

"He's a great slasher as a runner," quarterback Aaron Rodgers said. "He's always running down hill. He made a number of good runs for us last year. Good out of the backfield, he made some tough catches along the way as well so it's good getting him back in the mix.

The Packers will face the Washington Redskins at 12:00 p.m. Sunday at FedExField in the first road game of the season.