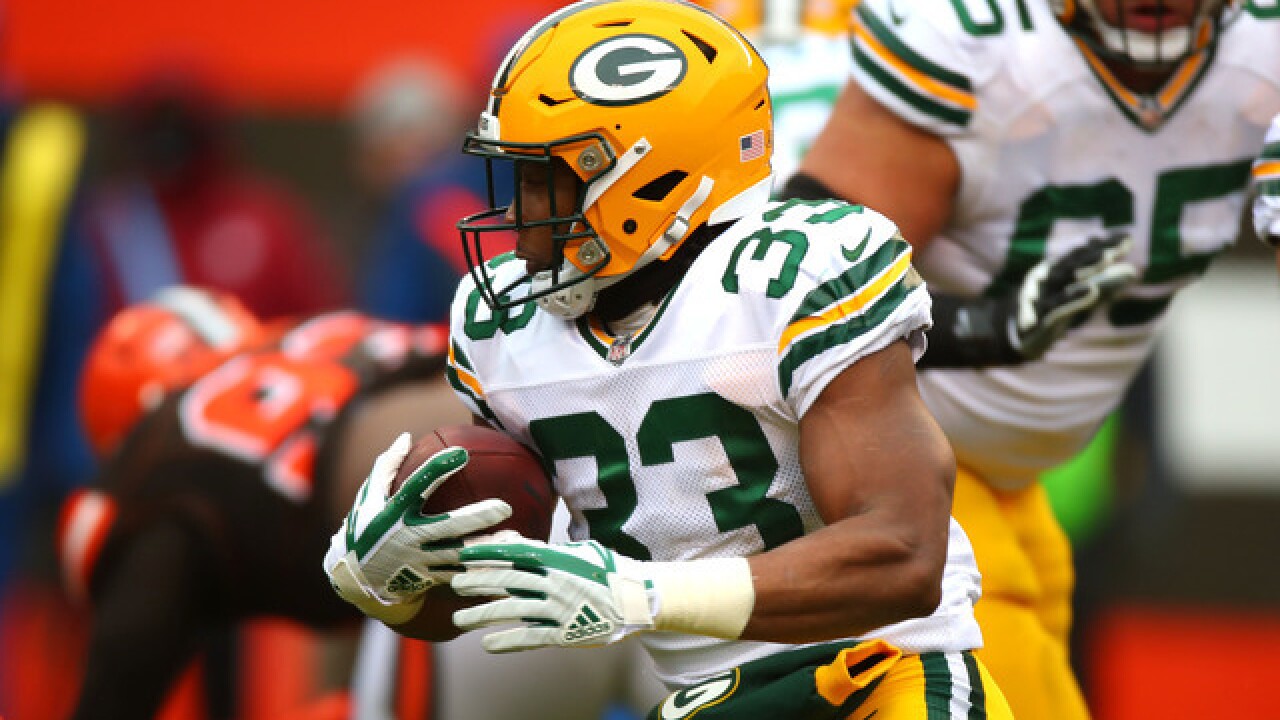 Copyright 2018 Scripps Media, Inc. All rights reserved. This material may not be published, broadcast, rewritten, or redistributed.
Gregory Shamus
<p>CLEVELAND, OH - DECEMBER 10: Aaron Jones #33 of the Green Bay Packers runs the ball in the second quarter against the Cleveland Browns at FirstEnergy Stadium on December 10, 2017 in Cleveland, Ohio. (Photo by Gregory Shamus/Getty Images)</p>

One of the Green Bay Packers' talented young running backs is set to miss the first two games of the 2018 NFL season.

Ian Rapoport of NFL.com says the suspension involved an arrest in 2017, where he was admitted to smoking marijuana.

There was no initial word about an appeal.

Jones tweeted that he will accept his suspension, saying he regrets the mistake he made last year.

This won’t Define Me🙏🏾🧀 pic.twitter.com/b7mnhGf6wX