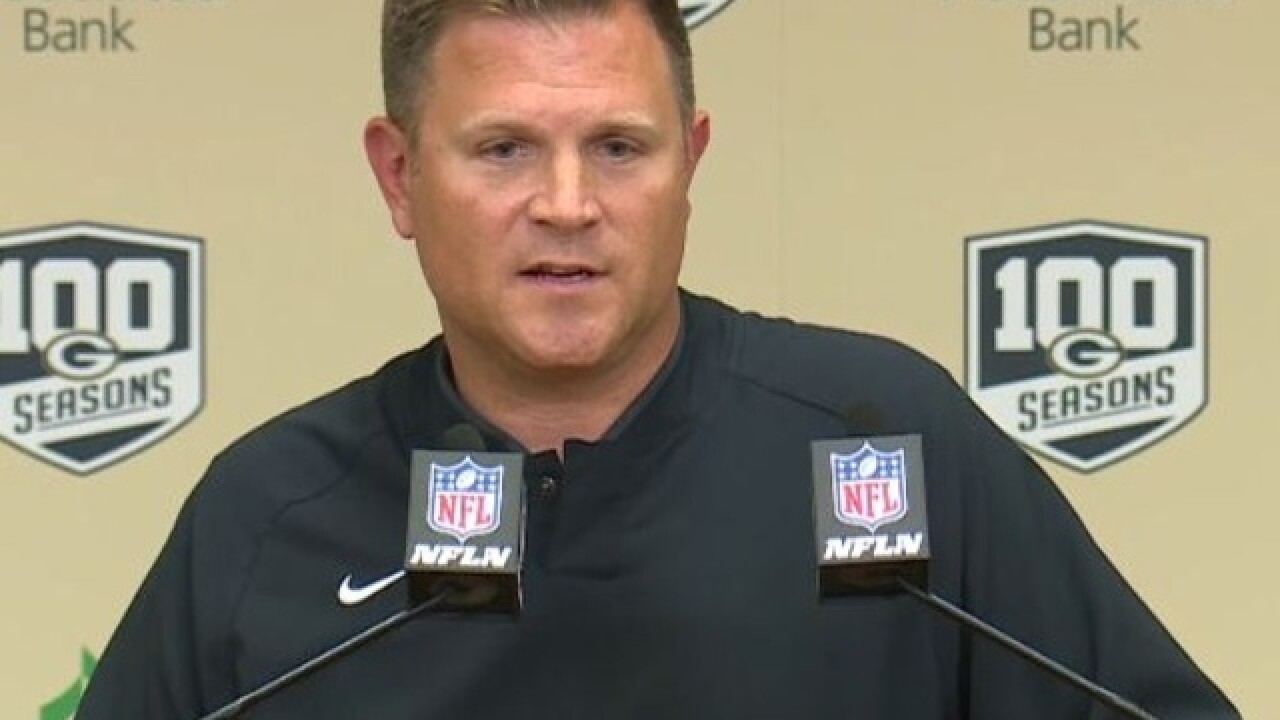 Brian Gutekunst met with media Sunday afternoon, following the 53-man roster cut down Saturday afternoon. Below are the top five topics he discussed.

1. This roster is by no means final

Gutekunst reiterated that the initial 53-man roster is subject to change as the Packers prepare for Week 1 of the regular season. For example, with just two running backs on the active roster right now, Gutekunst said "it's a little bit of an evolving position right now. We'll kind of see where that (ends up)." Outside linebacker was another position the Packers GM pointed to as "fluid."

"That's the thing about our roster right now. Nothing is set in stone. It's fluid," Gutekunst said.

Gutekunst released 10 former Packers draft picks, eight of whom were drafted by former GM Ted Thompson. That being said, Gutekunst was a part of the scouting staffs that evaluated those draft picks and said "all the guys that were here, I've been invested in," and that he didn't take into account whose draft picks he was cutting.

"When draft picks don't pan out, that can certainly set you back a little bit but that's part of it," he said. "Every draft you're going have hits and you're going to have misses. That's just part of it. Every year is a different year. I don't think you can really worry about where guys were drafted as you move forward. It's about the best team we can assemble this year."

3. Losing out on Khalil Mack

When asked about the Raiders' trade of Khalil Mack to Chicago, Gutekunst declined to discuss whether Green Bay was in the running for the All-Pro pass rusher, who figures to face off against the Packers Sunday for Week 1. "I don't want to talk about other players on other teams," he said. "Really, this weekend, I'm more concerned about our team. I really feel good about where we are right now and where we're headed. A lot of discussions happen more than deals get done. A lot of times, it just ends up what a certain team might be looking for, you might not have. Those are some of the things that happened."

Gutekunst also added the considerations into trading for or acquiring a player like Mack are a two-way street: "I think my thought process is always winning. Does this help us win? We're here to win now."

The No. 1 reason the Packers kept the most receivers on their roster since at least 2010? "Quality," said Gutekunst. "I think we had a really competitive receiver room this year."

The longest-shot among that group was UW-Whitewater product Jake Kumerow, who sustained a shoulder injury scoring a touchdown in the second exhibition game against the Steelers. Prior to that, he had a standout camp and drew praise from Aaron Rodgers for his consistency. Kumerow put up 190 receiving yards in the preseason despite missing the last two preseason games with that shoulder injury. Trevor Davis was reportedly shopped prior to the cutdown deadline Saturday, but the kick returner/receiver did make the cut, along with the three rookie receivers acquired in the 2018 NFL Draft.

"Everybody had a chance to make plays and they did," Gutekunst said.

5. Depth at outside linebacker

When asked about that thin depth, Gutekunst said Sunday that linebacker James Crawford brings the versatility to rush, in addition to making the roster due to "one of the best special teams games we've seen in a long time" against Kansas City. However, he again echoed that this roster is fluid.

The Packers host the Bears for Week 1 of the NFL regular season. Pregame coverage begins at 6 p.m. on NBC26 with kickoff at 7:20 p.m.