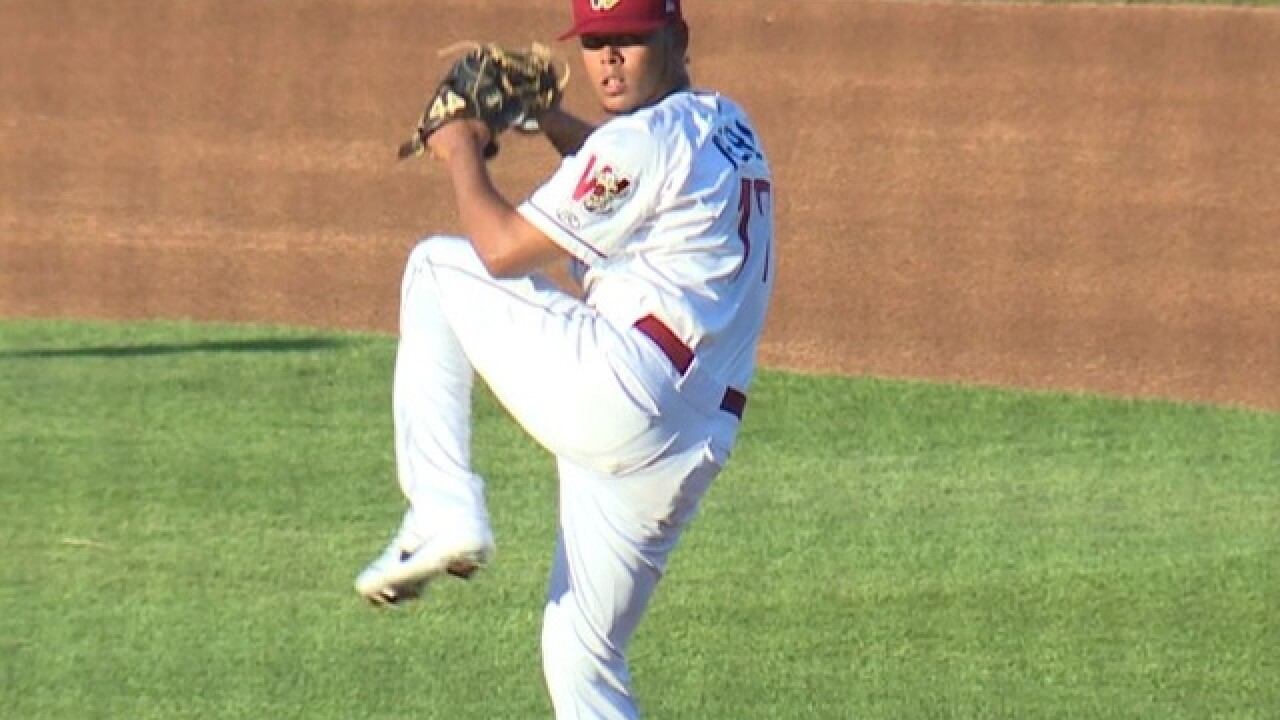 It was a packed house at Neuroscience Group Field on Wednesday to watch Brewers rookie pitcher Freddy Peralta take the mound and the 22-year-old did not disappoint.

Even after the #AllStarGame #Brewers pitcher Freddy Peralta is still reppin' the #WeBelieveInJesus campaign. pic.twitter.com/A4xIsUq73x

Peralta threw two innings giving up one run on one hit and striking out five, helping Wisconsin defeat the Dayton Dragons, 6-4.

While it was a fun experience returning to his old Single-A ball club, Peralta is ready to get back to Milwaukee and play a key roll in the second half of the season.

"I hope to be on the mound one day when we need as big win," he said. "I'm waiting for that day."

The rookie has only played seven games in the MLB since being called up on Mothers Day, where he threw 13 strikeouts over 5.2 innings against the Colorado Rockies.

"The day I started my debut in Colorado I was a little bit more nervous but now it's normal for me," Peralta said Wednesday. "Like, how I've been doing in the minors, so I feel very good."

Brewers relief pitcher Matt Albers also pitched for the Timber Rattlers on Wednesday in a rehab assignment. Albers threw one scoreless inning, striking out one batter. The 35-year-old has been sidelined since mid June with shoulder inflammation. He is also scheduled to pitch in Appleton on Saturday when the Timber Rattlers host the Bowling Green Hot Rods at 6:35 p.m.

Brewers catcher Manny Pina will play DH for the Trats on Thursday, July 19 as part of a rehab assignment. Thursday's game vs. the Dayton Dragons starts at 7:05 p.m.