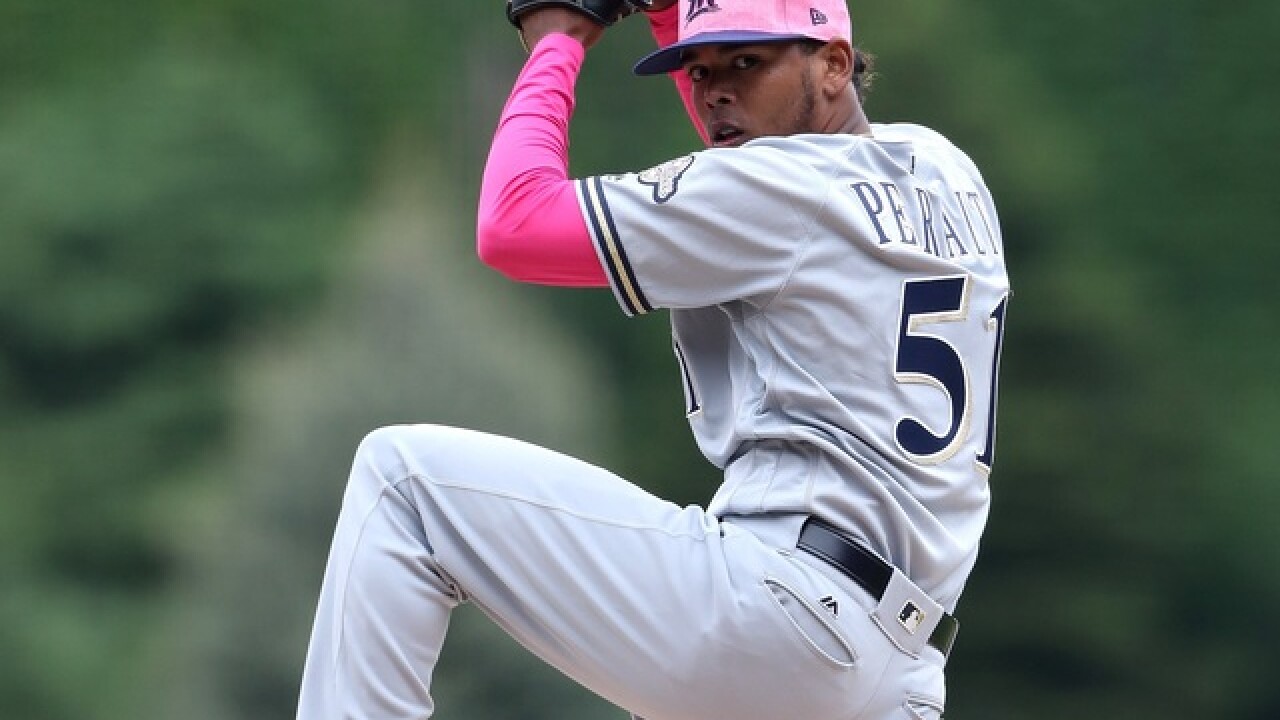 Copyright 2018 Scripps Media, Inc. All rights reserved. This material may not be published, broadcast, rewritten, or redistributed.
Matthew Stockman
<p>DENVER, CO - MAY 13: Starting pitcher Freddy Peralta of the Milwaukee Brewers throws in the first inning against the Colorado Rockies at Coors Field on May 13, 2018 in Denver, Colorado. (Photo by Matthew Stockman/Getty Images)</p> 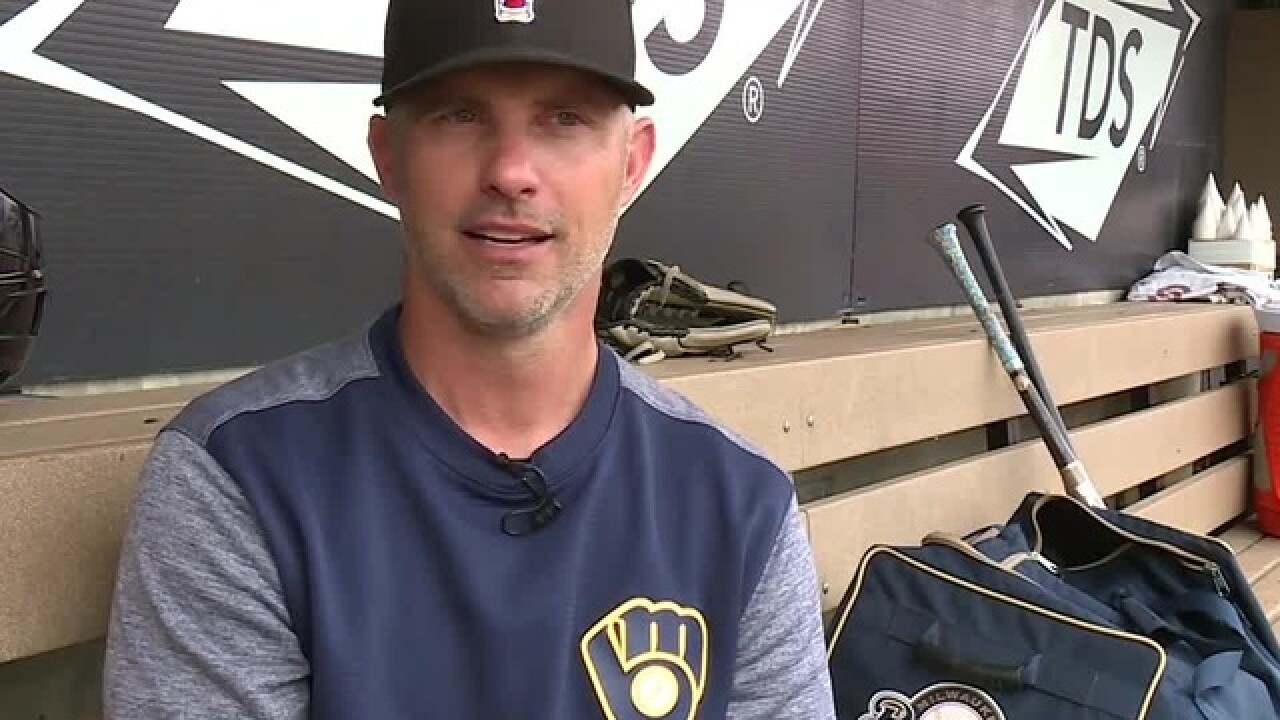 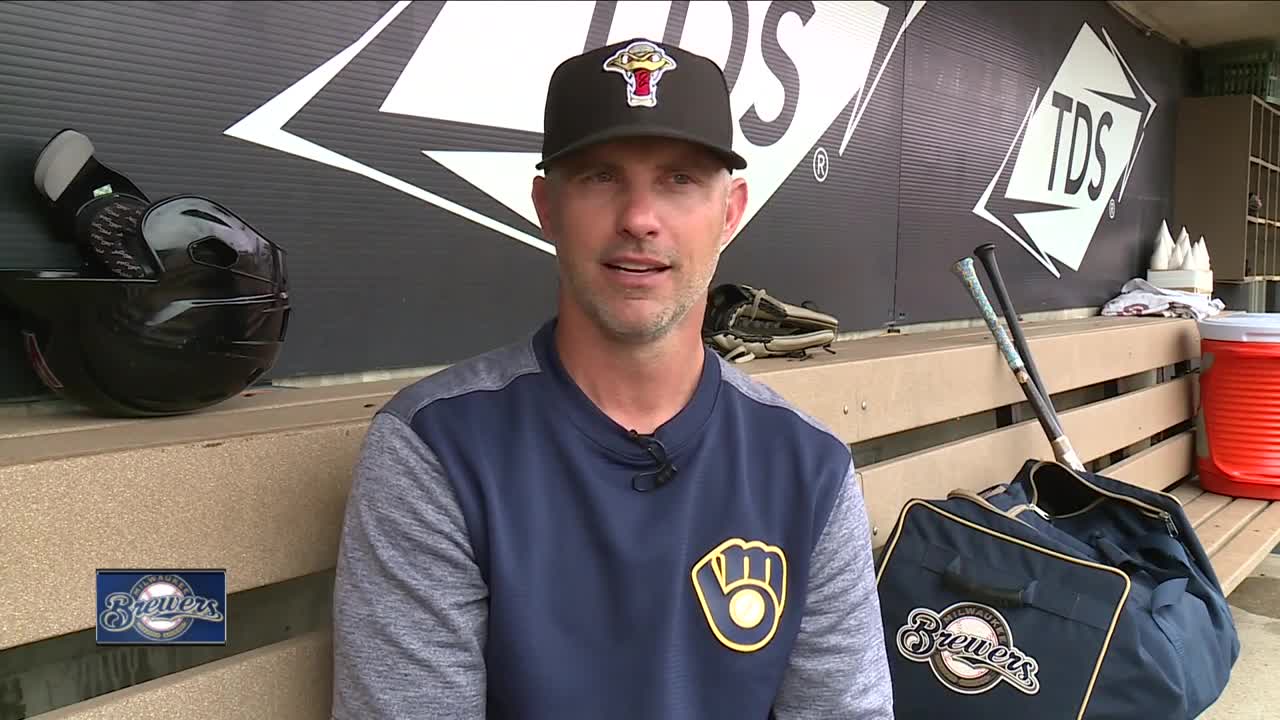 Former T-Rat Freddy Peralta was the buzz in the Timber Rattlers club house Monday, after the 21-year-old set a new record for most strikeouts in a debut for Milwaukee Sunday.

Timber Rattlers manager Matt Erickson coached the right-hander when he was a T-Rat in 2016.

"It's great, any time we get a chance to see one of our former players here in a Timber Rattler uniform go through the minor leagues at every level and then get their opportunity in the big leagues, it's a great feeling to be a part of that," Erickson said Monday.

He recalled Peralta's work ethic and credited a healthy mix of dedication and enjoyment of the game to an early call-up.

"He's a guy that likes to have fun, (but) a tremendous worker, never, ever had to question his effort level," Erickson said. "So I'm not totally shocked that it's happened that fast for him."

Meanwhile, Brewers prospects in the Fox Cities took note of the call-up, like catcher KJ Harrison, who remembers being around Peralta during spring training.

"It's really inspiring. It's really cool. For everything that he did, he did it all at that high level. It's amazing," Harrison said. "It's just a reminder for everybody in the organization that you know, you're not as far as you may think you are. The days seem bad, they seem long, but it's not that bad. You're playing baseball for your life and your have the opportunity to go to the big leagues."

"That very well could be one of our guys (on this team) in a couple, two, three years," Erickson said. "So, it's tremendous for our guys to be able to see it, for player development throughout the Milwaukee Brewers and obviously for Freddy and his family."