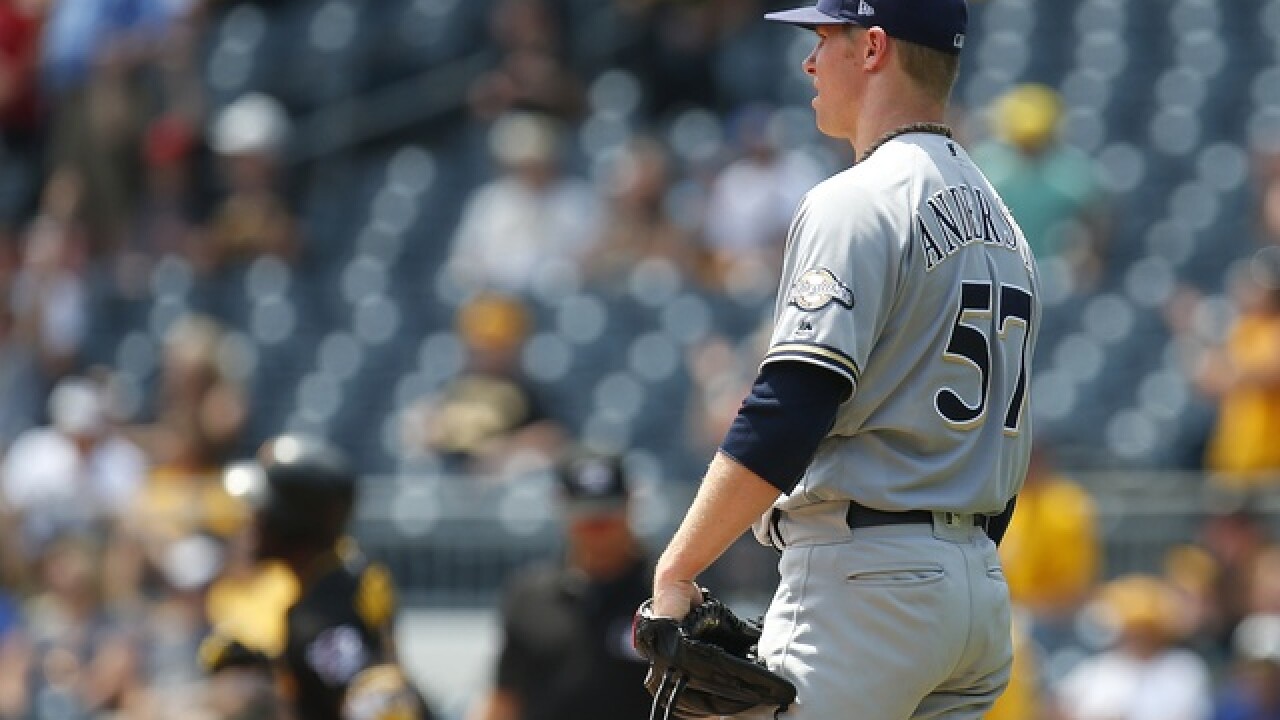 Starling Marte and Gregory Polanco hit back-to-back home runs for the second time Saturday, and the Pittsburgh Pirates won the second game of a doubleheader 6-2 over the Milwaukee Brewers.

With the Pirates leading 3-0 in the eighth, Marte hit his 13th homer over the left-field wall before Polanco hit his 16th over the wall in right-center to make it 5-0. They also hit consecutive home runs in the first inning of the Pirates' 2-1 win earlier Saturday.

Marte extended his hitting streak to 11 games with a ground-rule double in the sixth.

In his second major league start, Clay Holmes (1-1) allowed no runs on four hits with six strikeouts and two walks for his first win. The rookie-right hander lasted 2 1/3 innings in his previous start, when he surrendered four runs on five hits in a 6-4 loss to the Los Angeles Dodgers on July 4.

The Pirates have won the first four games of their five-game series against the Brewers.

A home run from Max Moroff, his third of the season, off Brent Suter (8-6) opened the scoring in the third inning. After a single from David Freese scored Marte to make it 2-0 in the sixth, Jordan Luplow drove his first home run of the season to center, extending it to 3-0 in the seventh.

Luplow homered again to make it 6-0 with two outs in the eighth.

Suter went five innings for Milwaukee, allowing one run on two hits with three strikeouts and one walk.

The Brewers had a chance to have runners on first and third with no outs to start the seventh, but Jonathan Villar was thrown out attempting to go from first to third on a single from Hernan Perez. Tyler Glasnow struck out the following two batters to end the inning.

Glasnow walked the bases loaded with one out in the eighth before Michael Feliz got Tyler Saladino to fly out and Villar to strike out.

Jesus Aguilar singled off Feliz with the bases loaded in the ninth to cut the lead to 6-2 before Felipe Vazquez came in to get the final out with a strikeout on three pitches. That was his second save of the day and 23rd of the season.

Pirates: C Francisco Cervelli was placed on the seven-day disabled list with post-concussive symptoms. C Jacob Stallings, who started the second game and hit seventh, was recalled from Triple-A Indianapolis to replace him on the 25-man roster.

Pirates: RHP Joe Musgrove (3-4, 3.77) will attempt to carry momentum from his previous two starts. He has surrendered a combined two runs on 12 hits in 12 innings pitched during that span.