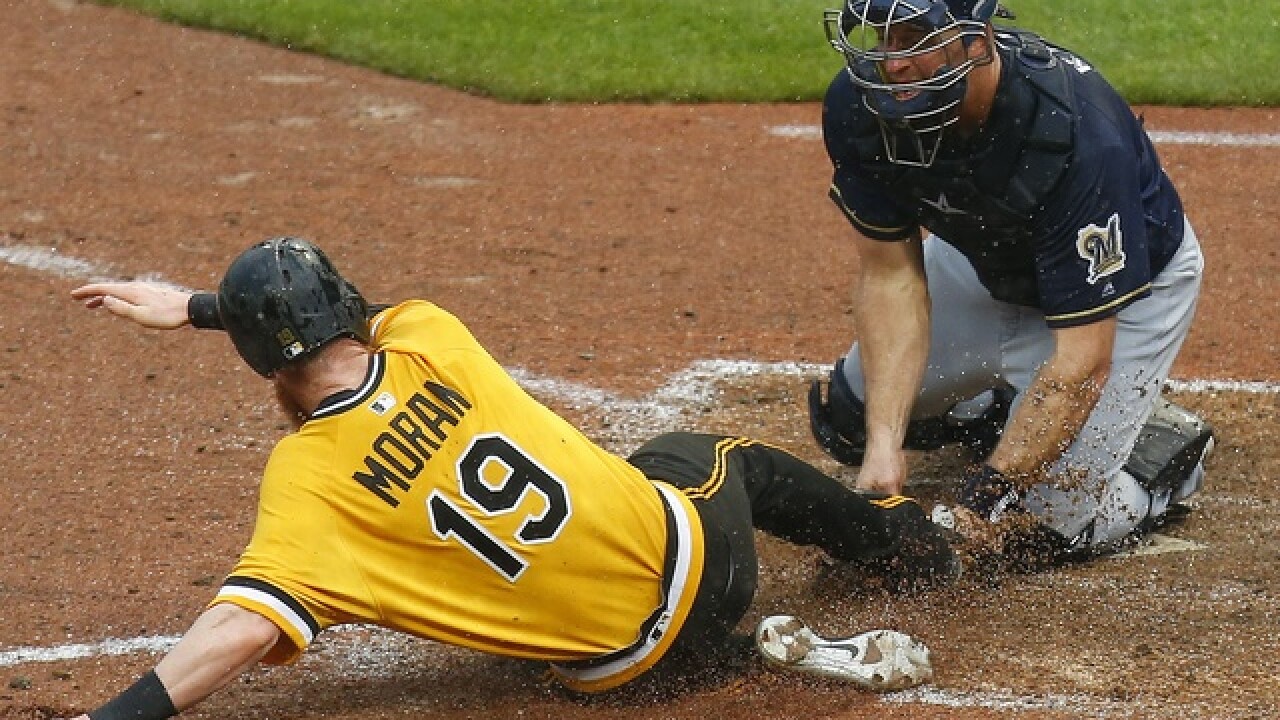 Josh Bell hit a game-ending two-run double in the 10th inning to send the Pirates to 7-6 victory over the Brewers on Sunday, giving Pittsburgh a five-game sweep of Milwaukee and its sixth straight win overall.

With rain falling, Gregory Polanco and Colin Moran singled to put runners on the corners for Bell, who drove a pitch from Dan Jennings (3-3) into the right-center field gap. The relay throw beat Moran home but trickled through the legs of catcher Erik Kratz.

Brett Phillips drove in four runs, including an RBI single in the 10th off Pirates reliever Tanner Anderson (1-0).

The Pirates scored twice in the ninth off Milwaukee closer Corey Knebel. Pinch-hitter David Freese tied the game with an RBI triple to right. It was Knebel's second blown save of the season, while Jennings' blown save in the 10th was his first.

Milwaukee starter Jhoulys Chacin allowed one hit in 5 1/3 innings, but his throwing error allowed pitcher Joe Musgrove to reach base ahead of Corey Dickerson's homer, which was the only damage against him.

Musgrove threw a career-high 106 pitches over his 7 2/3 innings. He allowed five runs on seven hits, walked four and struck out five.

Brewers: C Manny Pina (left biceps strain) and OF Ryan Braun (back strain) will be eligible to return from the disabled list after the All-Star break.

Pirates: 2B Josh Harrison left the game with left hamstring discomfort. He pulled up running out a ground ball in the fifth inning. ... There is "concern" that C Francisco Cervelli (post-concussive symptoms) might have to move out from behind the plate, general manager Neal Huntington said. Cervelli went on the seven-day disabled list Saturday without a timetable for his return.

Brewers: Have not announced a starter for Friday's game against the Los Angeles Dodgers. With the activation of LHPs Wade Miley and Brent Suter from the disabled list this week, Milwaukee has six starters on the active roster.

Pirates: RHP Jameson Taillon (6-7, 3.91) is scheduled to start the second half at Cincinnati on Friday. Taillon held opponents to a .196 average over his last two starts.