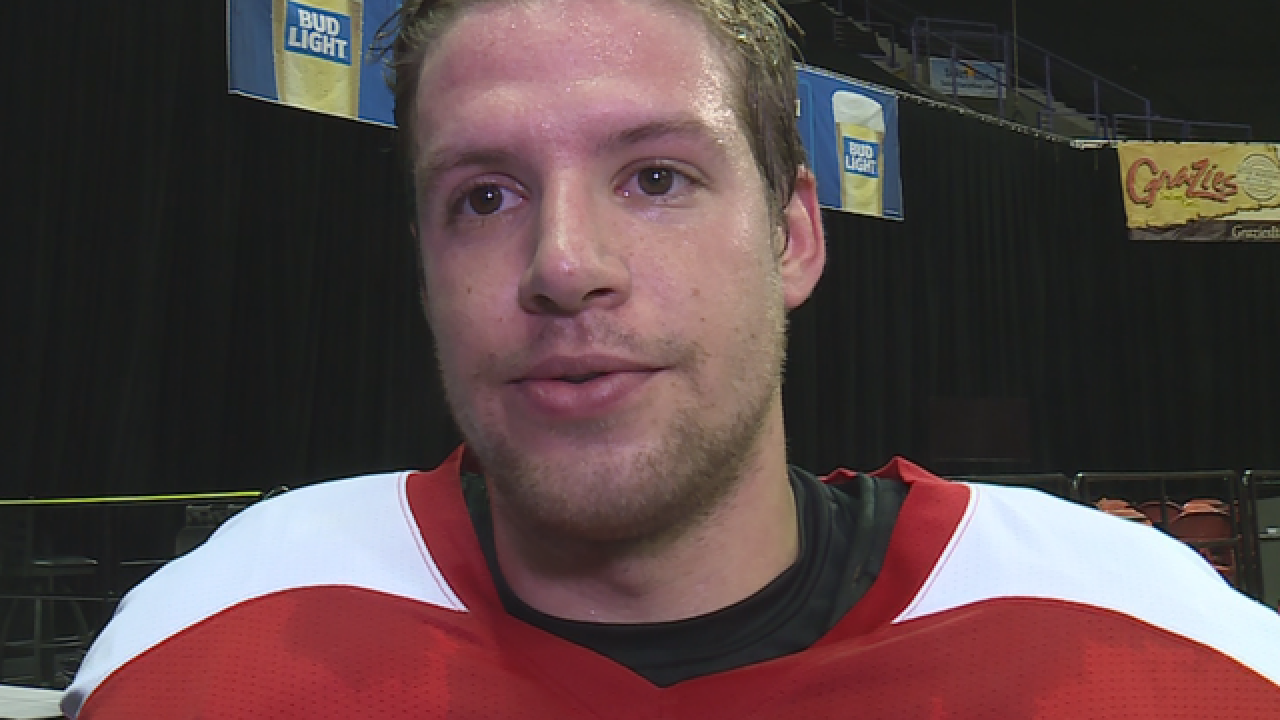 The Wisconsin men's hockey team is in town for a weekend series against Northern Michigan. Technically, the Badgers are the visiting team but for some, this is a homecoming.

Senior defenseman Tim Davison and junior forward Jarod Zirbel both played for Notre Dame Academy and won a WIAA State Championship together in 2012 in a game that went to double overtime.

"Every now and then it will come up in the locker room," Zirbel said. Jarod was the captain of the championship team and had an assist in the title game.

"Guys will start talking about their championships, [Tim and I] will give each other a look like yeah, we've been there, we've won one, which you always hold your head up proud for that."

"To be able to keep playing with Jarod is pretty surreal," Tim Davison added.

Davison has earned a prominent role on this year's Wisconsin roster. The red shirt senior has four points in five games.

The Badgers are ranked 5/6 in the nation after a 4-1 start to the early season. Friday's game is at 7:00 p.m. and Saturdays puck drop is at 5:00 p.m. at the Resch Center. Tickets are still available on the Badgers website.