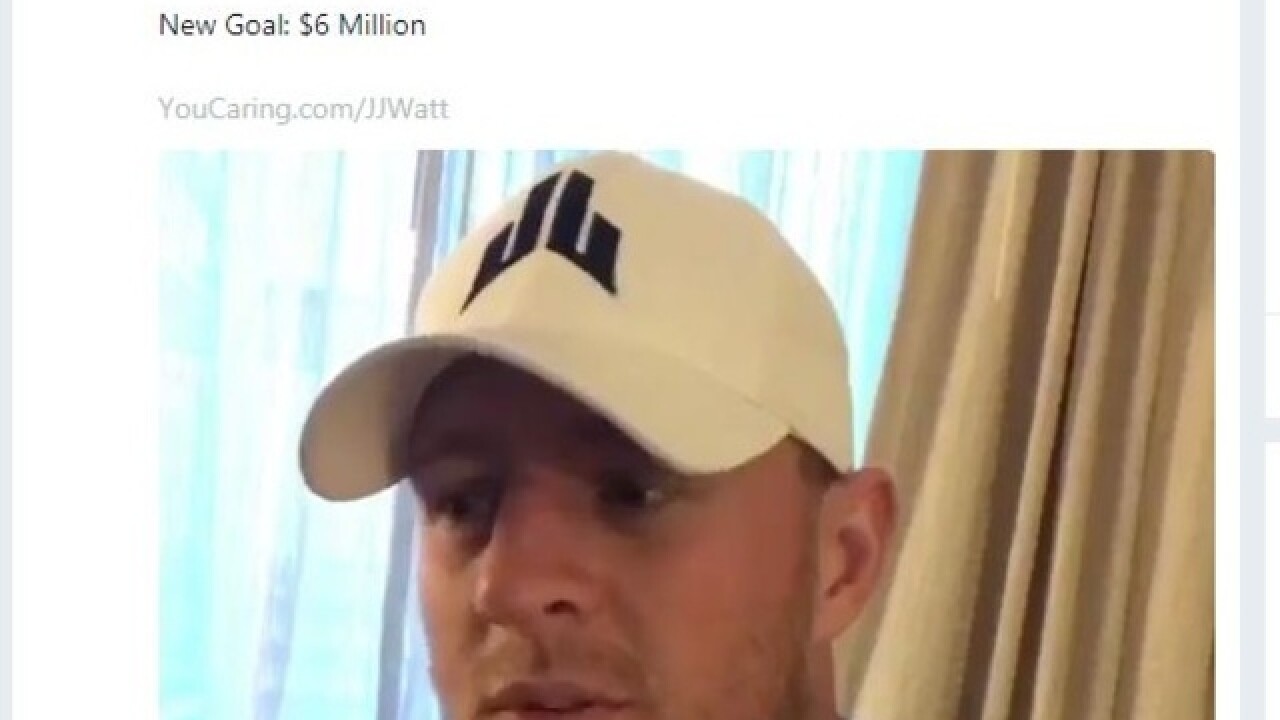 JJ Watt may be from Wisconsin, but Houston has become his second home.

After seeing the devastation in the area from Hurricane Harvey, the Texans defensive end and former Badger star decided to start raising money to help victims and recovery efforts.

It started as a goal to raise $200,000. But after just a few days, Watt has had to continuously raise his goal thanks to the generosity of people across the country.

As of Wednesday afternoon, Watt's fundraiser had brought in more than $6 million for Harvey relief - and it's still growing.

Watt said he and his teammates plan to fill semi trucks and distribute donations to people in affected areas, both in Houston and the surrounding areas.

The Texans preseason game against the Cowboys Thursday that was previously moved to Arlington has been canceled.

Watt and his teammates are now heading back to the Houston area, and he said they will get to work helping people as soon as they can.

If you'd like to donate to Watt's campaign, visit his YouCaring site here.