The Phantoms season was suspended after their first game on September 25 as the school moved to a virtual format. 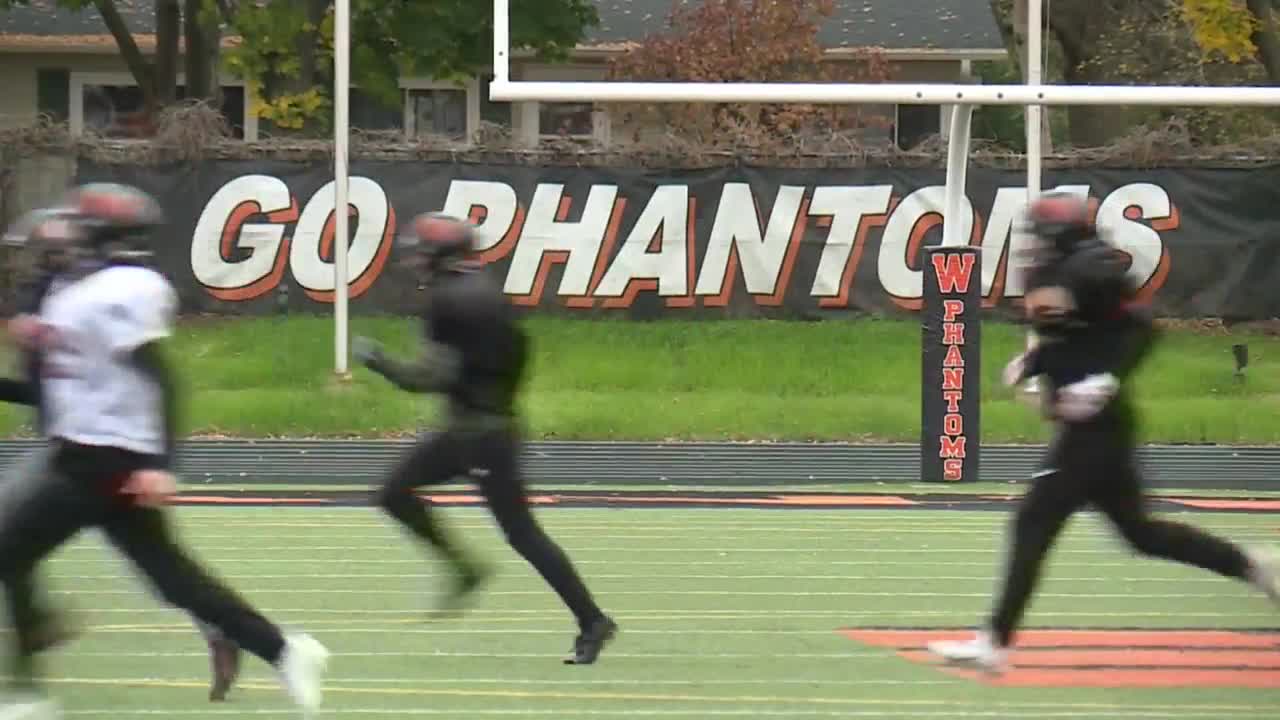 De Pere, Wis. (NBC 26) -- As West De Pere students return to school, the Phantoms football team is also back on the field.

"When we got that word that we were coming back, we were very excited and couldn't wait to get out there on the field," first-year head coach Chris Greisen said before Tuesday's practice.

West De Pere suffered a heartbreaking, last-second loss to Hortonville on September 25 and still hasn't had a chance to bounce back. The school went virtual the following week, and the football program was suspended along with it.

"We believe in just controlling what you can control and back that we really couldn't control anything," Greisen said. We just kind of waited to see what our (school) board would decide."

Between the three regular season games and two potential games during the WIAA's "culminating event," the Phantoms could still get as many as five games in.

Players who talked with NBC 26 said they had no reservations about returning to the field despite northeast Wisconsin's COVID-19 outbreak.

"I was a full go, 100 percent." senior running back David Vanderlogt said. "I love to be out here."

"I'm glad to be back with the guys but we've gotta keep working," he continued. "We have to work hard after the weeks that we were on quarantine because Xavier… as you guys know they're very good."

The Phantoms will play Appleton Xavier on Friday - not an easy "welcome back" game. The Hawks are off to a 4-0 start and are averaging 45 points per game.

"Xavier definitely has the distinct advantage," Greisen said. "They've had the opportunity (to play and get reps in).

"We would have loved to have played these last three weeks just so we could have ironed out those wrinkles."

That game kicks off at 7:00 p.m. Friday in Appleton. It will be featured as NBC 26's Game of the Week on Friday Night Blitz.