The Galloping Ghosts finished the regular season 6-0 and were set to host Cedarburg in a WIAA playoff game on Friday. 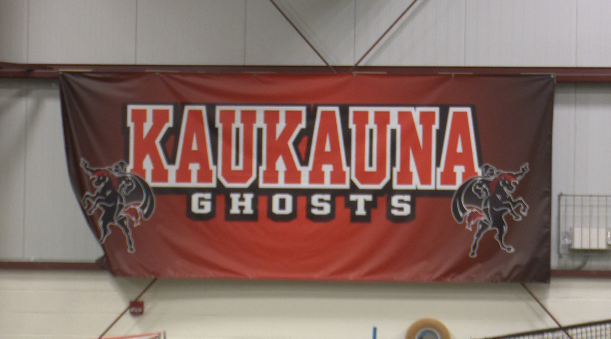 KAUKAUNA, Wis. (NBC 26) -- An undefeated season has come to an end without a championship or title of any kind.

After going 6-0 in the regular season, Kaukauna's football program has shut down for the season after two players tested positive for COVID-19 early this week.

The Galloping Ghosts were scheduled to host Cedarburg in the playoff game on Friday, part of the WIAA's two-game "culminating event."

Head coach Matt Binsfeld said the program has had and managed other positive tests this season. However, these two were more problematic, as the school couldn't trace them back to a particular source.

"These two were just a little more difficult to handle and two of them in 24 hours had us pretty nervous," he said Tuesday night, just hours after the call to cancel was made. "We just didn't think that we could keep going and be reasonably sure that we had it under control."

Binsfeld said the decision was made jointly by him and school officials, including the athletic director and superintendent.

He spent the afternoon breaking the news to his players - not an easy task.

"This season has meant an awful lot to both them and us as coaches," he said. "It's one thing to lose a game and have your season end that way. But it's another thing to have things that are completely outside your control take it away from you."

Kaukauna's most memorable win of the season came in what wound up being their final game. The Ghosts overcame an 18-point second-half deficit to beat Germantown in overtime last Friday night.

"It was a great last game for this group," Binsfeld said. "I would love to be playing this week and next week but that's a heck of a memory for our kids."

"I think it does mean more now that that was the last time we were on the field together."

Sending their 28 seniors out in style, while putting an exclamation point on a season to remember.

"I've had people tell me that it was just a special thing in a rough time," Binsfeld said. "With so much and so many difficult things happening around us in the world it was a real positive and a real escape for people and certainly for our kids."