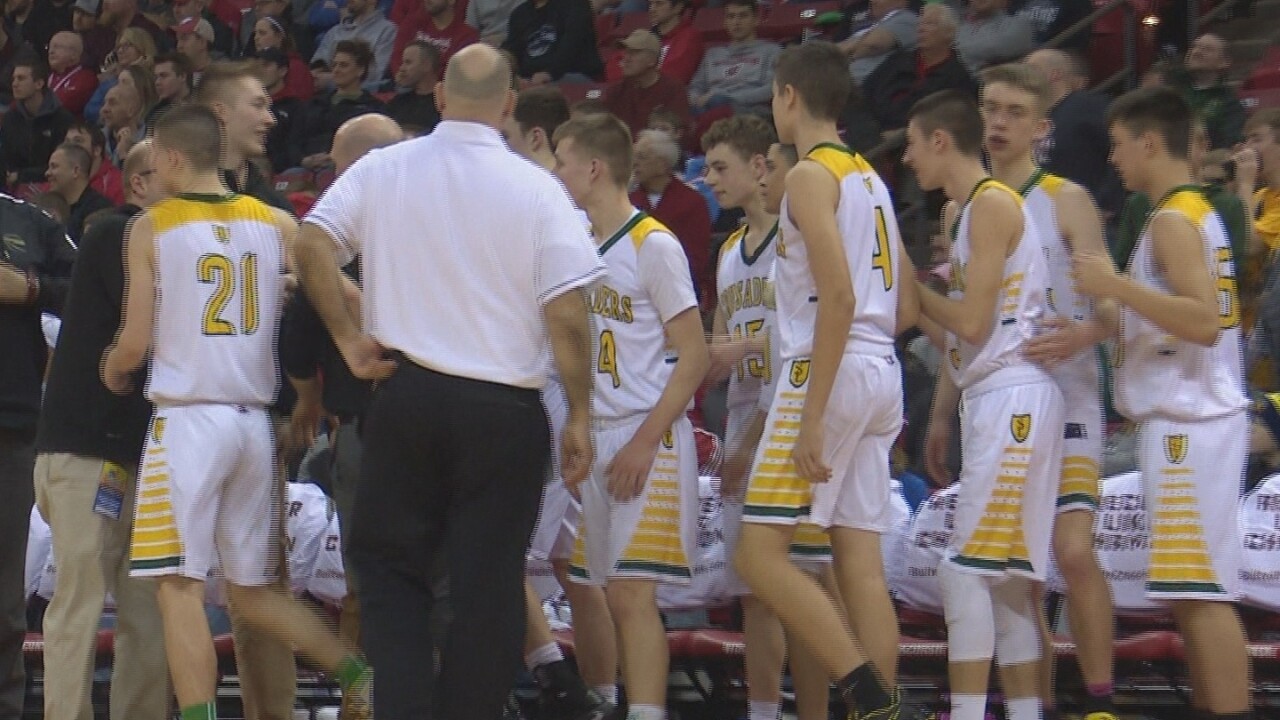 The Crusaders handled McDonnell Central Catholic in the semifinal game Friday morning, 74-61, leading by as many as 15 points as they pulled away in the second half.

Four players notched at least 12 points for the Crusaders, and they allowed just six turnovers. On the other end, they capitalized with 20 points off turnovers.

"I think our preparation coming into this game was very important," said head coach Nick Verhagen. "We knew the strengths of McDonnell Central, and they showed up, and we adjusted really well."

Jacob Ognacevic put up a game-high 19 points and 14 rebounds for the Crusaders.

Sheboygan Lutheran, which last won a Division 5 gold ball in 2012, will face the winner of the other D5 semifinal, No. 2 Columbus Catholic or No. 3 Bangor.