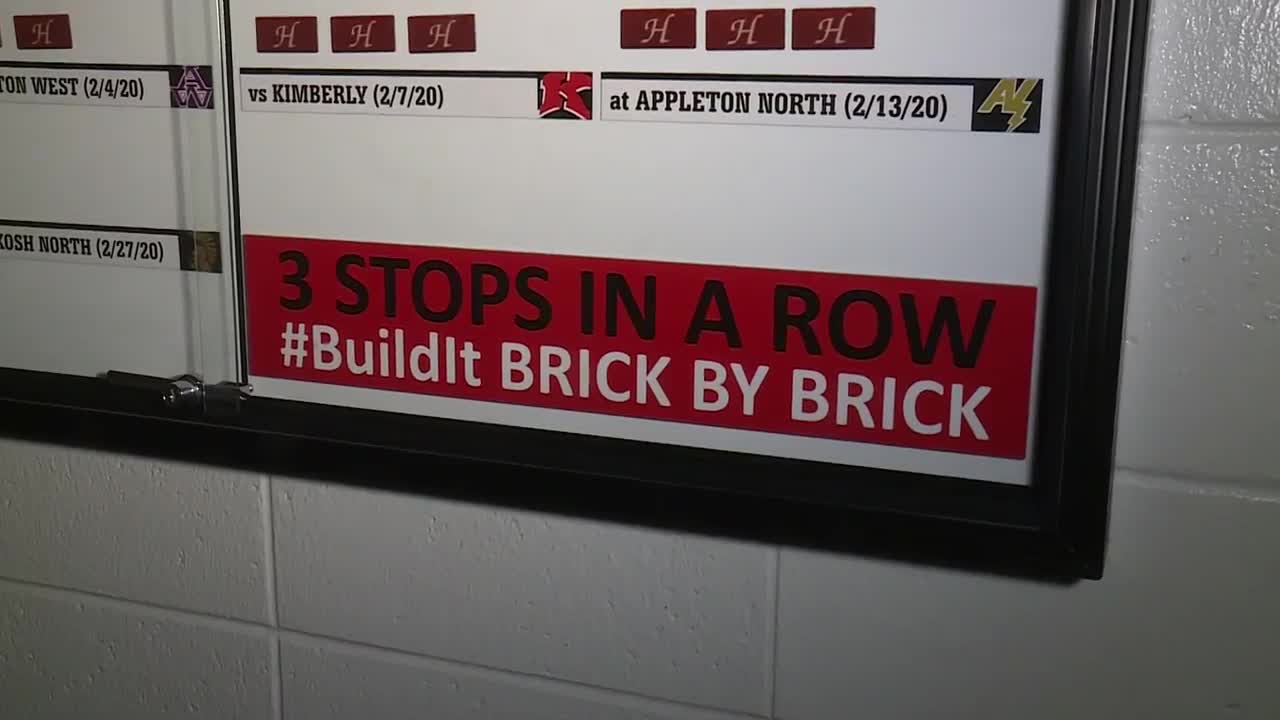 The team's defensive successes are documented in a "brick chart" - a "brick" is three defensive stops in a row.

"We preached it a lot last year and it kind of started and the guys laughed at it a little early on," head coach Matt Hintz said. "But we kept sticking with it and the guys kind of embraced it now.

The Polar Bears notched a season high nine bricks in their win over Appleton West on Tuesday.

"They know what we're talking about when we say 'get a brick' and obviously know the goal of seven and know where we're at within the game and know that we need to step it up," Hintz said.

"Coach said if we get seven it's like a 98 percent chance of winning," junior guard Parker Lawrence added. "So that's our goal but if we get above that mainly we're gonna win so that's all we look for on defense."
After going just 10-13 last season, Hortonville is 16-2 and in second place in the FVA this year.

The Polar Bears host conference-leading Kimberly on Friday night. Tipoff is scheduled for around 7:00 p.m.