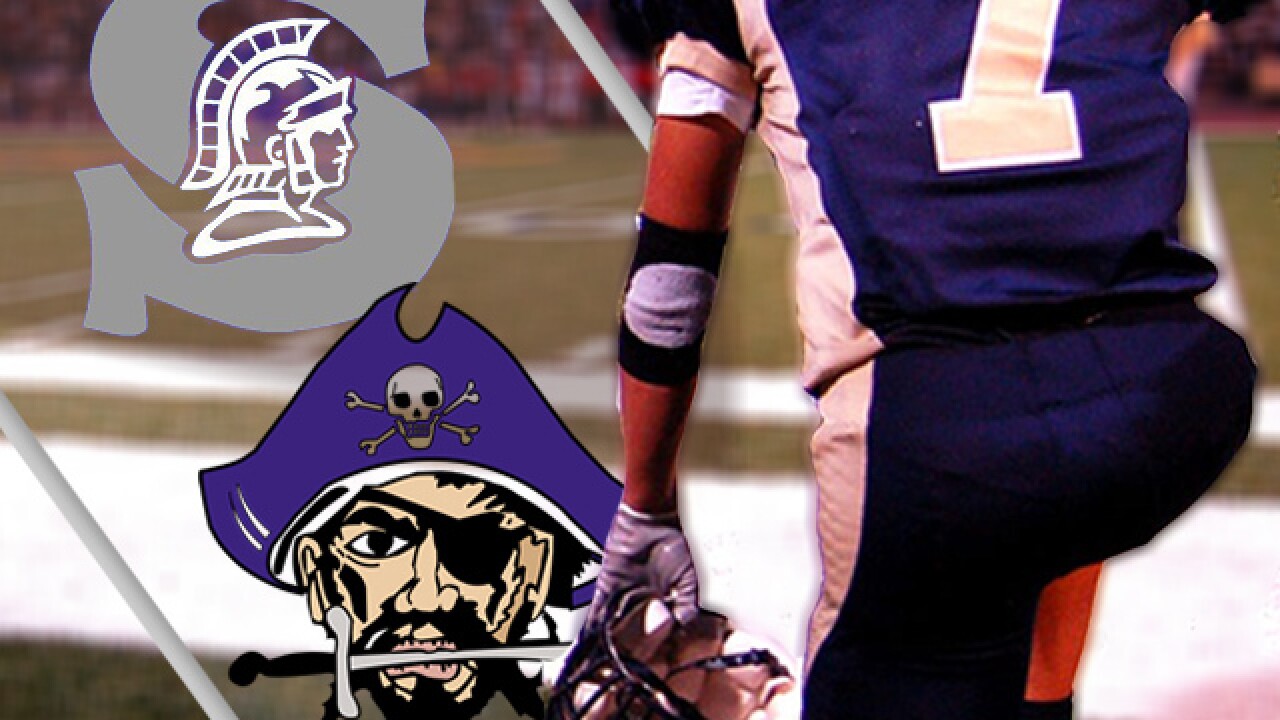 There are only two undefeated teams in the Fox River Classic Conference, but after tonight, there will only be one left standing.

The 6-0 Green Bay Southwest Trojans make the 10-mile trek north to face the 6-0 Bay Port Pirates, and the showdown is our Friday Night Blitz Game of the Week.

There's no question that Bay Port is the team to beat. In fact, none of this year's opponents have even come within two touchdowns of the Pirates. The team is also riding a 15-game conference winning streak, only two short of the all-time record, previously set by Ashwaubenon.

But Southwest might be the team to hault the streak. The Trojans have a balanced offensive attack, led by quarterback Nick Howard who's thrown 14 touchdowns and more than 1,300 yards.

Trojans running back Joshua Komis was outstanding last week, rushing for 160 yards and foru scores in a win over Sheboygan South.

The FRCC is full of parity; in fact, no team has ever gone back-to-back as conference champions. Bay Port could be the first to accomplish that feat this year. Or, we could see Southwest take the wind out of the Pirates' sails.

We'll have full coverage of our Game of the Week tonight during Friday Night Blitz tonight on NBC26 at 10 p.m.