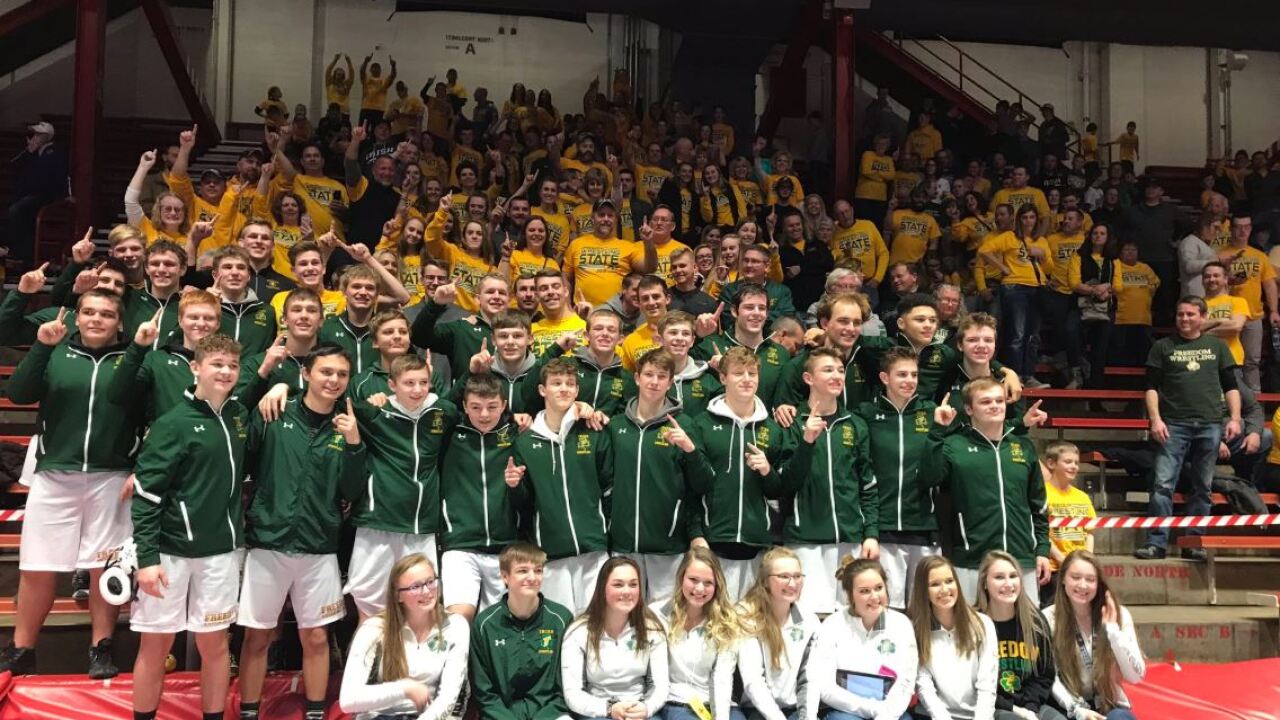 The Freedom Irish are state champions once again in wrestling.

Thank you all for the support all season long! @fhsirish pic.twitter.com/UaaP2JnjWw

Congratulations to @freedom_wrestle on winning the Division 2 championship at the 2019 State Team Wrestling Tournament with a 35-16 victory over Ellsworth @E_TownAthletics, which finishes runner-up for the second year in a row. #wiaawr pic.twitter.com/C4QXBvZoJD

Seth Brownson (a first year wrestler) had the only pin in the duel, winning his 220 pound match by fall at 1:24 of the first period. Grant Voster and Zach Lahay both won their matches by major decisions. Freedom was won the team state title three times in program history, in 1997, 2015 and now 2019.