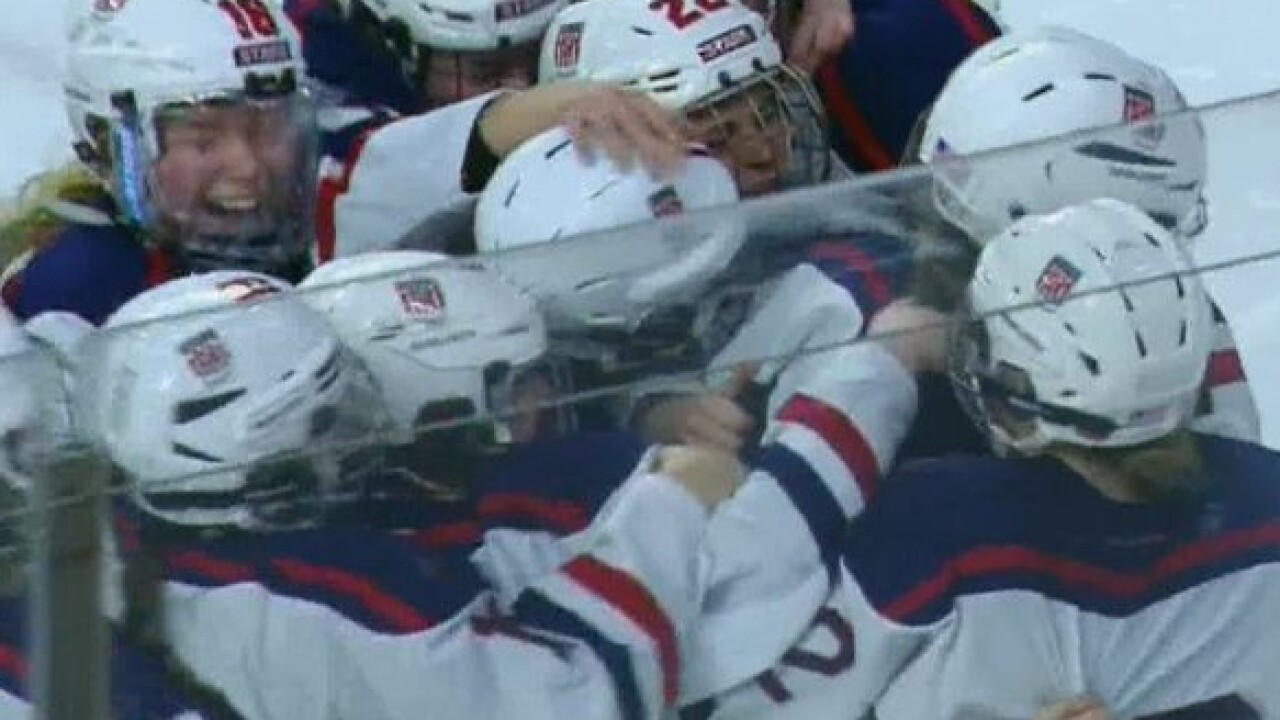 The Fox Cities Stars are your 2019 WIAA Girls Hockey State Champions! On their first-ever trip to State, the Stars are taking home a State Title after a 6-5 double overtime battle with Hudson! Congrats, @fcstars_girls! 🏒🏆⭐️ pic.twitter.com/r3dVang3OT

After falling behind 3-0 in the first period, the Stars faught back when freshman McKayla Zilisch (Appleton North) tied the game. They trailed once again in the third, 5-4 when Zilisch scored her second of the game with 12 seconds left in regulation.

In double overtime, senior Lauryn Hull (Kimberly) fed a pass to junior Madelynn Jablonski (Xavier) who deeked and scored low glove side for the game-winning goal.

In boys hockey, Neenah-Hortonville-Menasha lost 6-2 to University School of Milwaukee. It was also the NHM Rockets first trip to state after defeating Notre Dame Adacemy in the Sectional Championship.