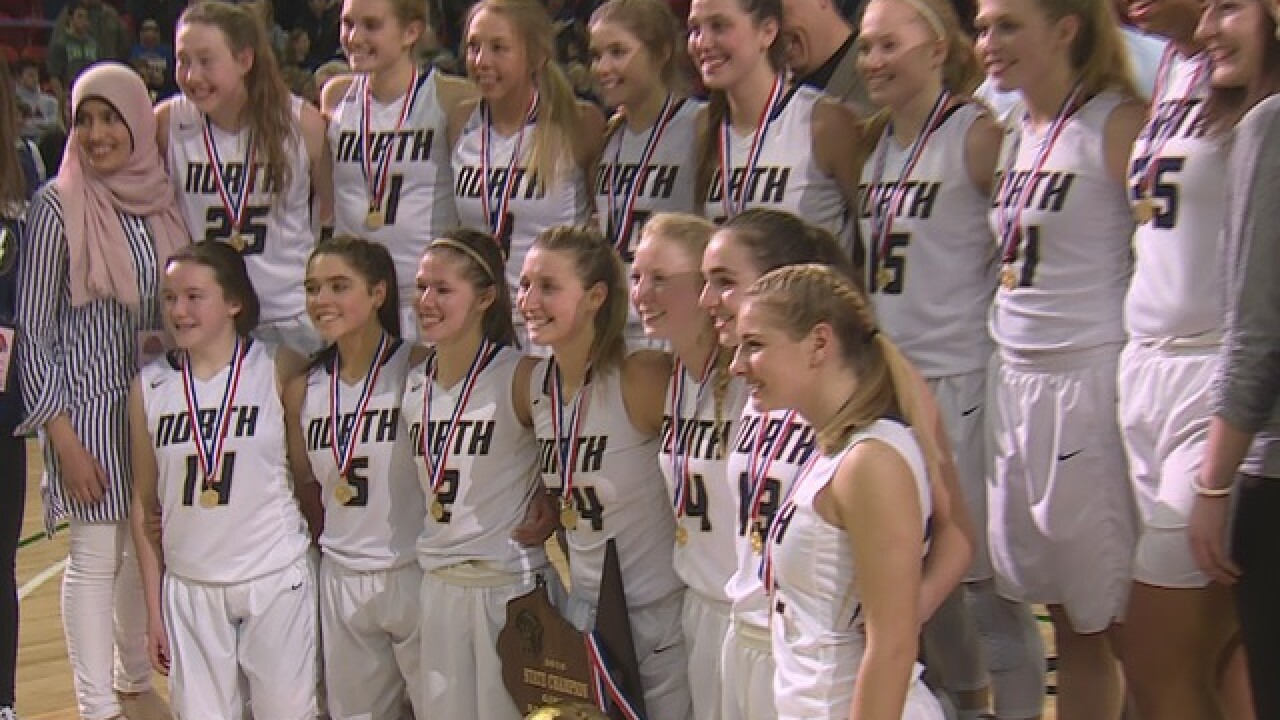 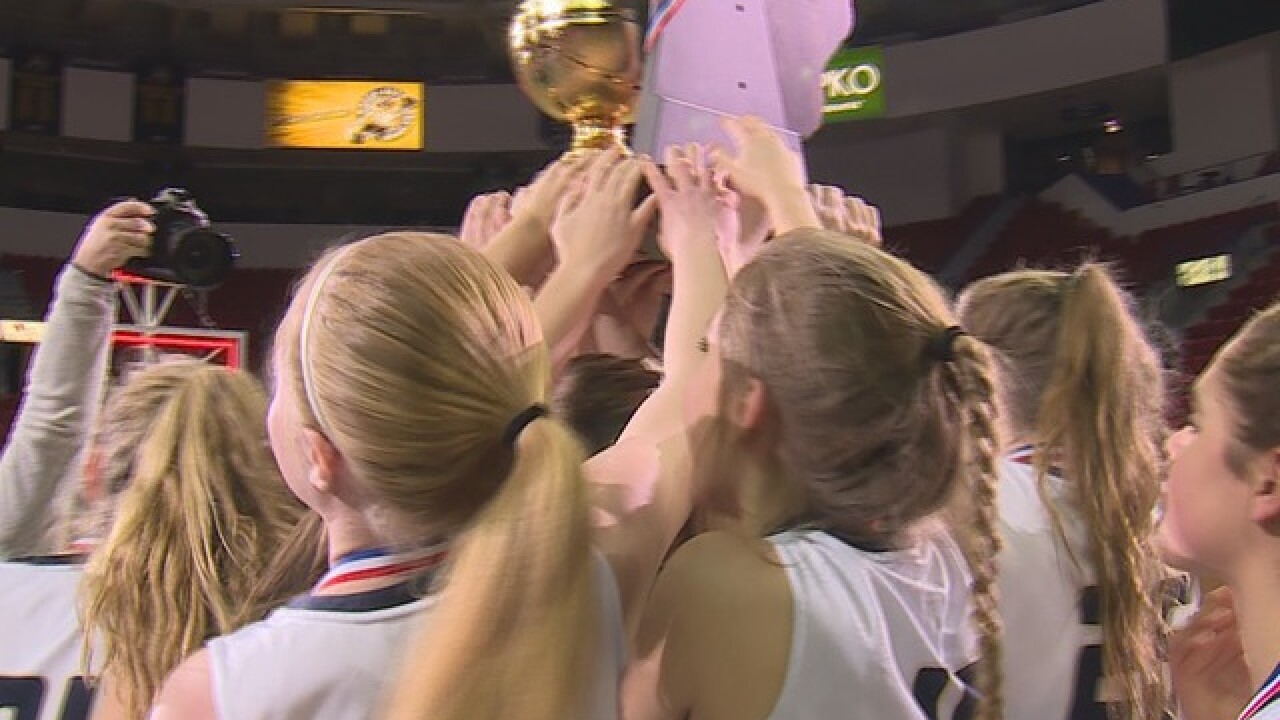 With another dominant performance from start to finish, Appleton North took home the WIAA Division 1 state girls basketball title for the second year in a row.

The fourth-seeded Lightning took down second-seeded Mukwonago 45-32, limiting the Indians to just 15 points in the second half.

"(Coach) told us before the game like it's gonna be one between the ears. It's a mental game tonight," said senior point guard Kari Brekke. "So we didn't shoot particularly the best, but I think we were the mentally stronger team. We got in their heads. Our defense flustered them. So for us, this whole season, it was about being mentally strong."

North was led by senior and UW-Milwaukee commit Sydney Levy, who put up a game-high 17 points on 7-for-17 shooting as well as seven boards. Fellow senior Kari Brekke added 11 points in her final game for the Lightning.

The Lightning were off to a 10-0 start and came out of halftime with a 16-2 run. North led Mukwonago by as many as 20 points in the final 10 minutes.

"If we got the lead, we knew we could control the game," said coach Joe Russom of starting strong in the second half. "So my halftime speech was pretty simple. It wasn't any X's and O's; it wasn't anything flashy. It was Aaron Rodgers' 'relax,' you know? And they danced a little bit and they laughed and it loosened them up."

In the first state tournament with seeded semifinals, North was motivated by the seeding snub of being No. 4 of four D1 squads.

"I think that they really embraced everything," said Russom. "I think they embraced the adversity, they embraced each other. You know, we had to fill voids in our team. Kids stepped up and did it and just bought into it."

Levy said the team talked before the game about the importance of leaving the Resch Center knowing they "left it all on the floor" in this championship game. The senior shooting guard finishes her career with two gold balls and as North's all-time leading scorer and rebounder.

"It's pretty crazy that last year we experienced a state title for the first time and this year we get to experience it again," said Brekke. "Not many girls get to even play at the Resch Center, let alone win two state titles, so I mean, it's surreal. To go out like this senior year with four of my teammates - I mean, we played for our seniors tonight and I think that showed. So I'm really proud of my team."