Appleton North confident it can "repeat dream" at state tournament 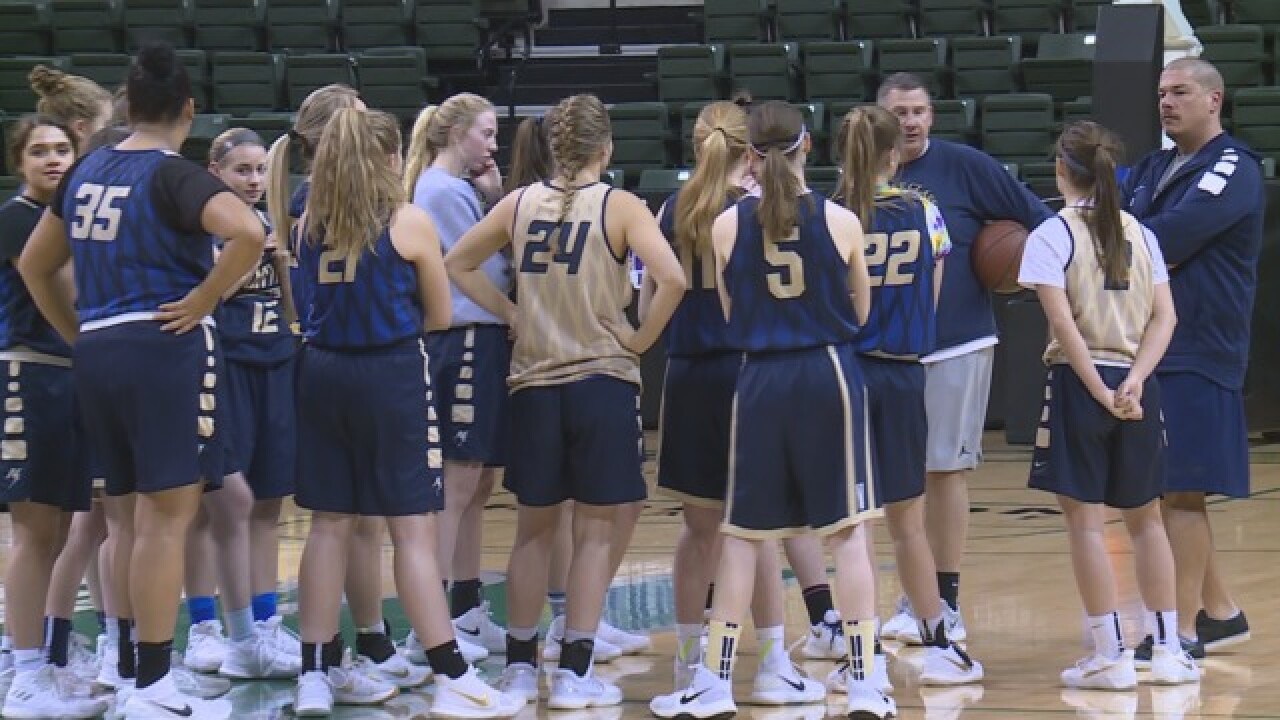 In girls basketball, there is quite literally nothing better than a 28-0 season.

But the Lightning believe this year's team, which plays top-seeded Arrowhead in the D1 semifinals Friday night, is actually better than last year's squad.

"I told these kids that I was probably more impressed with this team than I was last year’s team," said Lightning head coach Joe Russom. "Some people might be a little shocked at that, but they had a target on their back. Everybody gave them their best punch."

"I think our defense is probably better than it was last year and it’s just going to improve these next hopefully couple games," said senior point guard Kari Brekke.

Another difference between this year's team and last: even more experience.

At practice Monday night, Brekke recalled her sophomore year, when the Lightning got their "butt kicked by Verona" in the state semifinals. Last year was a different story, as the "bright lights didn't really phase us."

This team's abundance of experience and success on the biggest stage are their biggest assets this time around as the Lightning attempt to achieve a "repeat dream," said Brekke.

"I think a lot of teams' goals is just to make it to state, and once they get there, it’s kind of like, 'Oh well however we do is what we’re happy with,' but for us, we’re looking at it as a business trip," she said. "Our goal is to defend our state title, and now that we’re two games away that’s definitely what we want to do. We want to play our best basketball on Friday and hopefully Saturday."

The 22-4 Lightning received a No. 4 seed among the four D1 teams in the state tournament, marking the defending state champions as somewhat of an underdog.

"To us, it doesn't matter what seed we get, just that we play to our potential and play our own game. It doesn't matter who you give us. We’re just looking to get two wins this weekend," Brekke said. "So I think if anything, it gives us a little chip on our shoulder, something to play for and that maybe people don’t see us as being just as good of a team as last year, so let’s show them wrong. Let’s prove them wrong."

"Obviously it’s motivation," said fellow North senior Sydney Levy. "I don't know if it necessarily takes pressure off. I think we have the same motivation going into it whether we’re the four or the one (seed)."

Appleton North's practices this week are scattered between the Wisconsin Herd's Menominee Nation Arena in Oshkosh and the Kress Center on the UW-Green Bay campus, preparing the girls for the similar arena lighting and floor they'll see at the Resch this weekend.

But beyond that, Russom said the preparation for his team, No. 2 Mukwonago, No. 3 Oak Creek as well as No. 1 Arrowhead has already been done with a foundation laid throughout the season.

"This year I think there’s a lot of parity between the four of us. I think you’ve got four exceptional teams. They’re all kind of built the same. They’re athletic, great shooters, great guards, there’s some good post kids," Russom said of the four D1 squads remaining. "I don’t really see a huge No. 1, No. 2, No. 3, No. 4 (difference). I really think that there’s four quality teams at state and it’s just a matter of which team is hot on that Friday night and then going into Saturday."

The WIAA girls basketball state championship tournament tips off at the Resch Center Thursday, beginning with Divisions 3 and 4 semifinals. See the full schedule below.