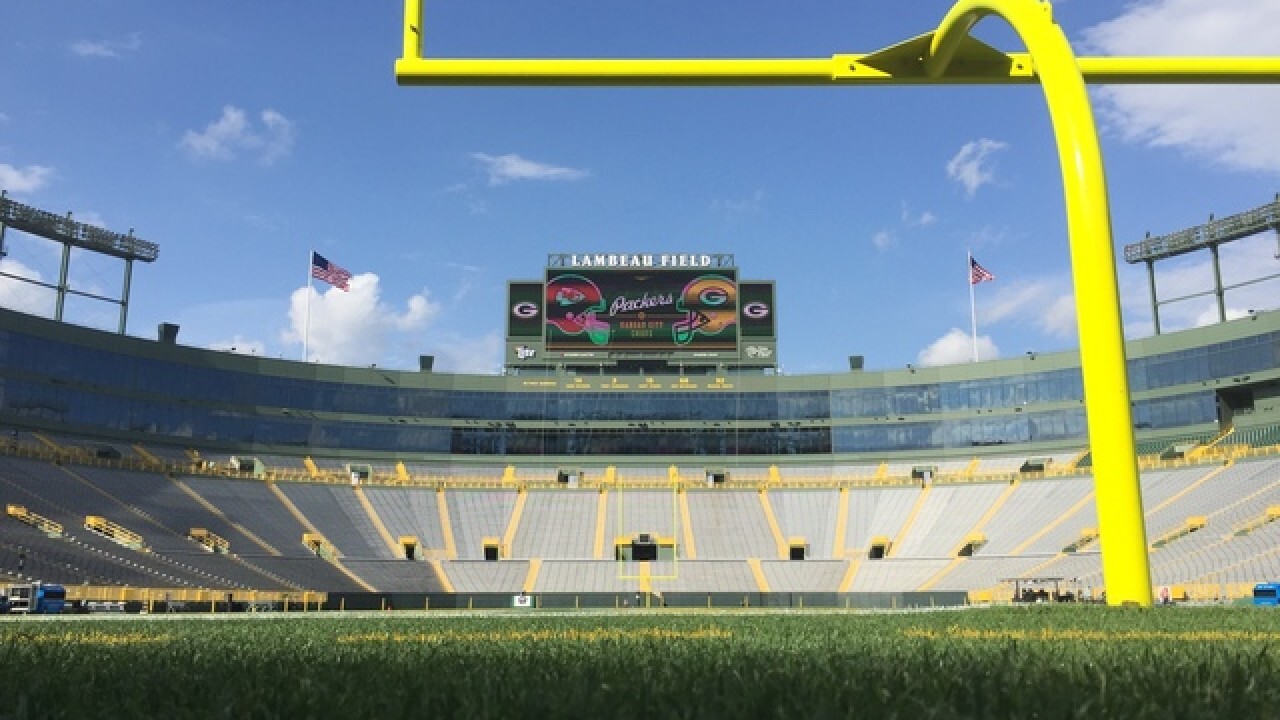 GREEN BAY, Wis. — The Packers announced an increase in ticket prices on Tuesday.

The Packers said in a news release that regular-season tickets will increase between $1 and $6 per game, depending on location, with more than half of the tickets increasing $2 or less per game.

The Packers organization says preseason ticket prices will increase between $1 and $2 per game, depending on location, with the exception of the 600 Level. The Packers say that section will decrease $3 as an adjustment in relation to the regular-season price.

With the increases, the Packers say tickets in respective areas in 2019 will cost:

Payment is due in the Packers’ ticket office by March 30.

More information about tickets can be found here.