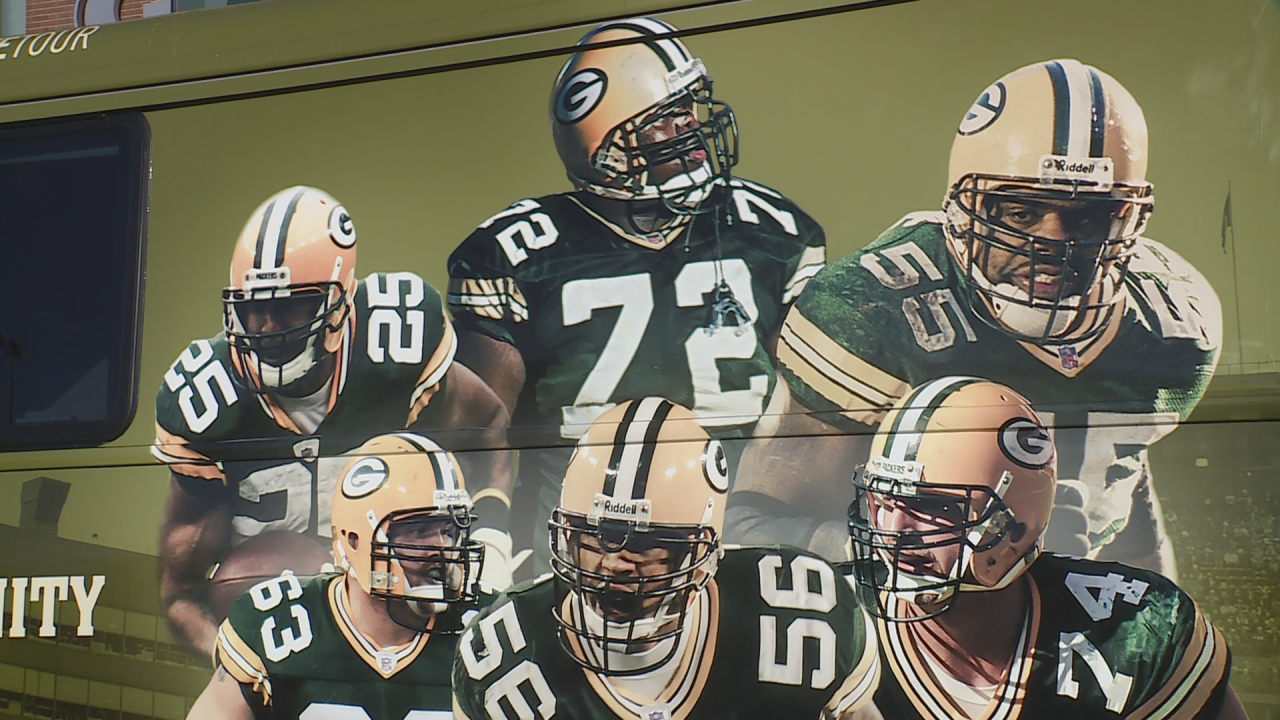 GREEN BAY, Wis. — The cloud looming over the launch of the Packers' annual Tailgate Tour across Wisconsin was the recent Bleacher Report article that painted a chaotic picture of the scene behind closed doors at 1265 Lombardi Ave.

A day after Aaron Rodgers denied the report's validity , former Green Bay running back Ryan Grant -- who was quoted in the article -- had a chance to speak out as a member of the tour.

“On many angles I think it was coming from a place trying to divide and also just a distraction to build tension that’s unnecessary," Grant said Tuesday.

“I don’t think we could have done anything that we did if we didn’t have (Rodgers’ leadership)," he continued. "It’s kind of common sense. You can’t win as many games and continue to be in the conversation around Super Bowl contenders year in and year out unless you have leadership.”

In the article, Grant talked about a toxic relationship between Rodgers and Mike McCarthy all began when McCarthy, the 49ers' offensive coordinator at the time, chose to draft Alex Smith number No. 1 overall over Rodgers.

"Aaron was upset that Mike passed on him—that Mike actually verbally said that Alex Smith was a better quarterback," Grant said in the article.

He was also quoted as saying "you live and die by his greatness" in regards to Rodgers' "chip on his shoulder."

On Tuesday, Grant said he's "looking forward to just seeing some little changes and how (LaFleur) is able to work with Aaron and maximize the guys that he has." When asked what he thinks that should mean, he said, "I have no idea. I'm not a coach," adding he'd like to see Green Bay run the ball more.

Three other members of this year's Tailgate Tour played with Rodgers and came to his defense Tuesday.

"Honestly, this is what I really want to say: Whoever is that 'source' needs to shut the hell up," he said. "This is a locker room, this is a family. You don't go around talking about this type of stuff. You keep this within. This new coach, we're gonna give him all the love and attention that he deserves, so we're gonna move forward with that, but all the love to Mike McCarthy. He's brought a lot of good years here. Aaron's still bringing good years here. We're gonna let that drama, whoever is throwing it out there, shut the hell up. Let's move on and let's go win another damn Super Bowl."

Another former Packer who played with Rodgers also on the Tailgate Tour echoed that sentiment.

The Packers Tailgate Tour will stop in Marshfield on April 9, Sparta on April 10, New Richmond on April 11, Chippewa Falls on April 12, and Antigo on April 13. The tour will feature Packers alumni Earl Dotson, Bernardo Harris and Aaron Kampman in addition to Grant, Barnett and Wells. Due to an earlier start to this year’s offseason program on Monday, current Packer players are unable to attend the tour.