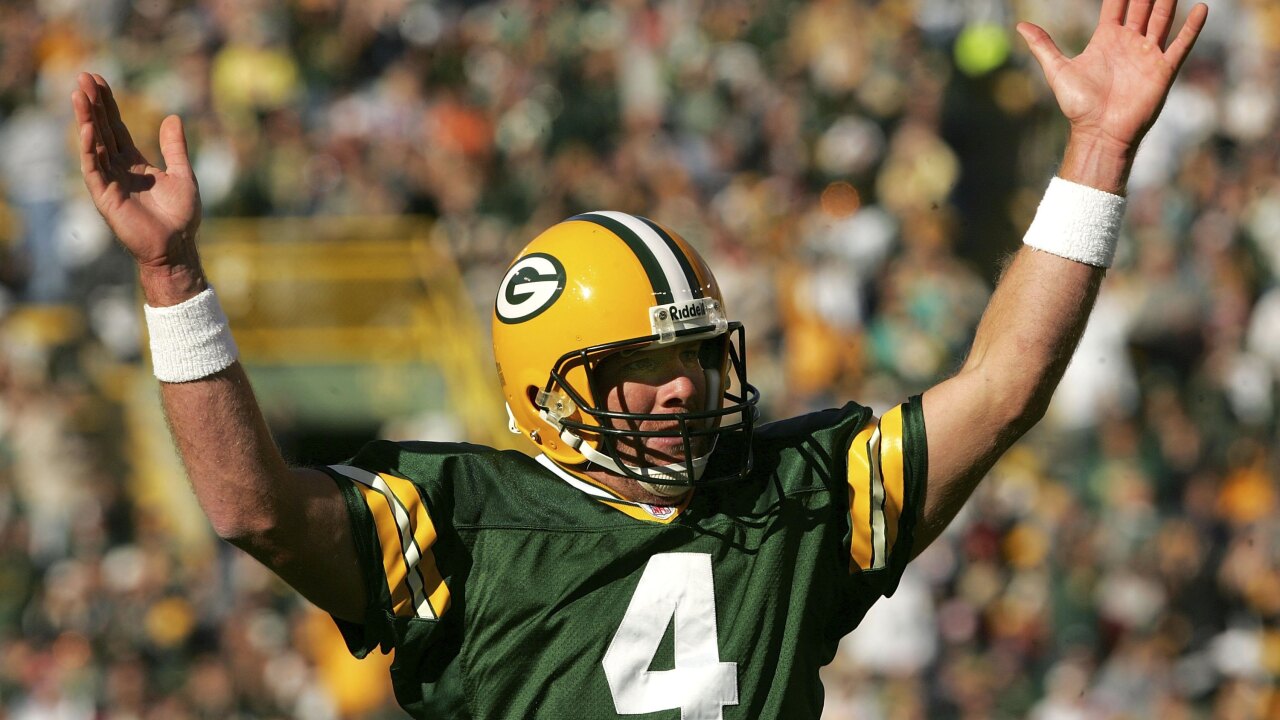 Favre was named to the team on Friday. He's the only Packers quarterback to make it this year, as Bart Starr and Aaron Rodgers were both finalists at the position as well, according to the Packers wire.

Favre is the seventh of Green Bay's 25 Hall of Famers to be named to the team. Previous Packers to make it include Don Hutson, Forrest Gregg, Cal Hubbard, Reggie White, Vince Lombardi and Curly Lambeau.

Brett Favre is the only player in the league to win MVP three straight seasons (1995-1997). He was named first-team All-Pro in each of his MVP years, according to the Packers.