Friday Night Blitz Game of the Week: Pulaski vs. Southwest 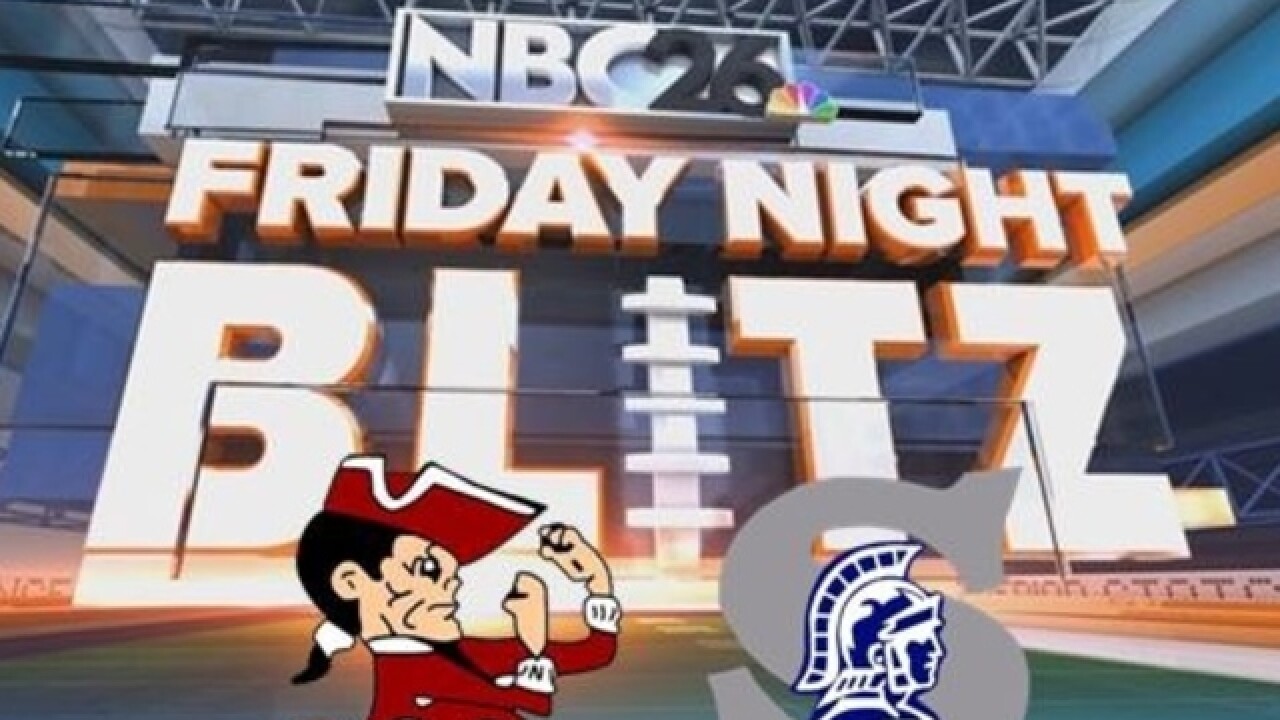 The NBC26 Friday Night Blitz Game of the Week circles all the way back to a rematch from week one: No. 6 Pulaski against No. 2 Green Bay Southwest.

If Friday night's game is anything like the last meeting between the two teams, it should be an early Halloween treat.

That game went to overtime tied at 14. Pulaski scored first in OT, but they missed the extra point. Southwest scored on the ensuing possession, hit the PAT and won the game by a lonely point.

Since then, the Trojans have rolled through everybody except Bay Port. Southwest is 9-1 on the season.

Pulaski, meanwhile, has been up and down. The Red Raiders are 6-4 on the season, but three of their losses have been by a field goal or less.

Pulaski boasts one of the best running backs in the state. Dylan Hendricks has 26 touchdowns and is less than 100 yards away from hitting 2,000 yards.

Hendricks and his Pulaski teammates hope to run away with a playoff win Friday, and you better believe they still have that game from week one on their mind.

Here's what's at stake for the winner: a trip to the Division 2, Level 3 playoffs to face the winner of No. 4 Holmen and No. 1 Menomonie.

Chris Barriere will have live updates before the game and full highlights afterwards on Friday Night Blitz on NBC26 Live at 10.