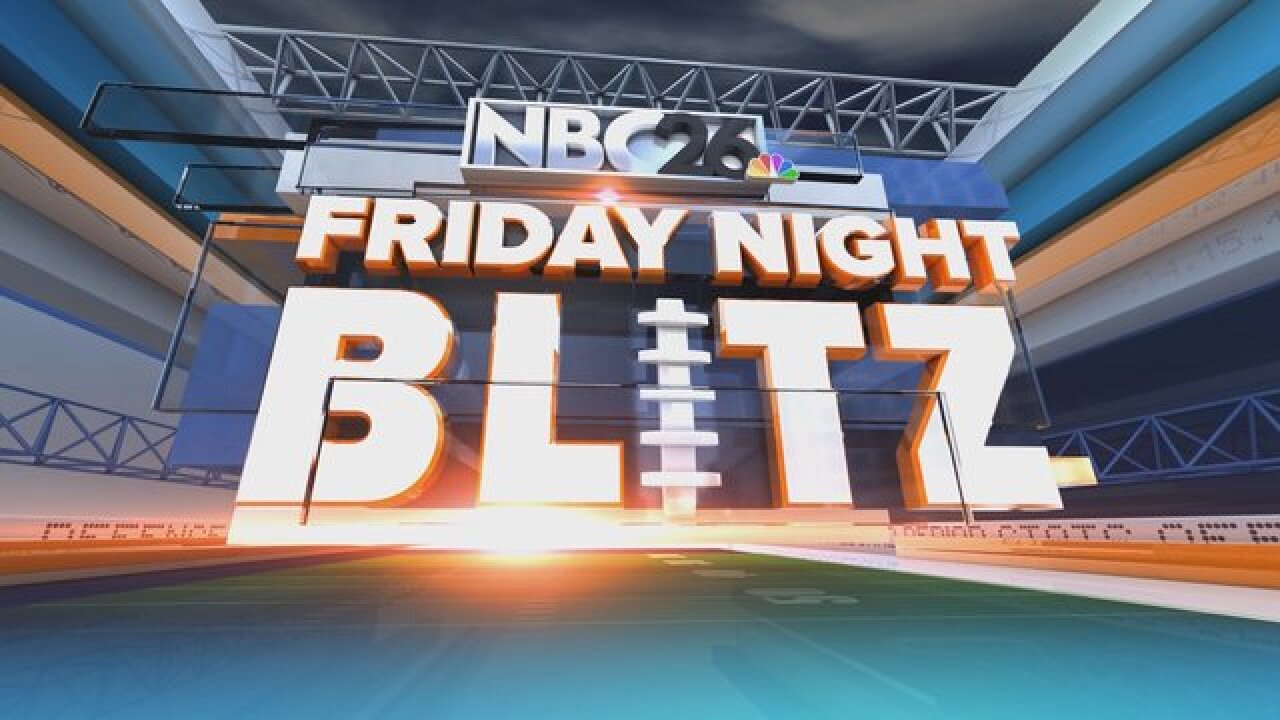 WIAA Level 1 playoff games kickoff throughout the state. Our Friday Night Blitz Game of the Week features No. 7 Preble vs. No. 2 Appleton North in the Division 1 Group A bracket.

Appleton North makes its' 14th consecutive playoff appearance. The Lightning have never won a State Championship. Their best season came in 2009 when they lost in the Level 4 Section Championship.

Green Bay Preble enters the playoffs for the sixth year in a row. Preble hasn't won a playoff game since 2013. The Hornets best season comes all the way back in 2000 when they also lost in the Level 4 Section Championship.

Both teams are oddly similar on the stat sheet. They each have six wins and average over 30 points a game. Preble has scored 38 touchdowns this year while Appleton North has scored 39.

Kickoff is at 7:00 p.m. at Paul Engen Field. NBC26 will have highlights and post game reaction on Friday Night Blitz at 10:00 p.m.