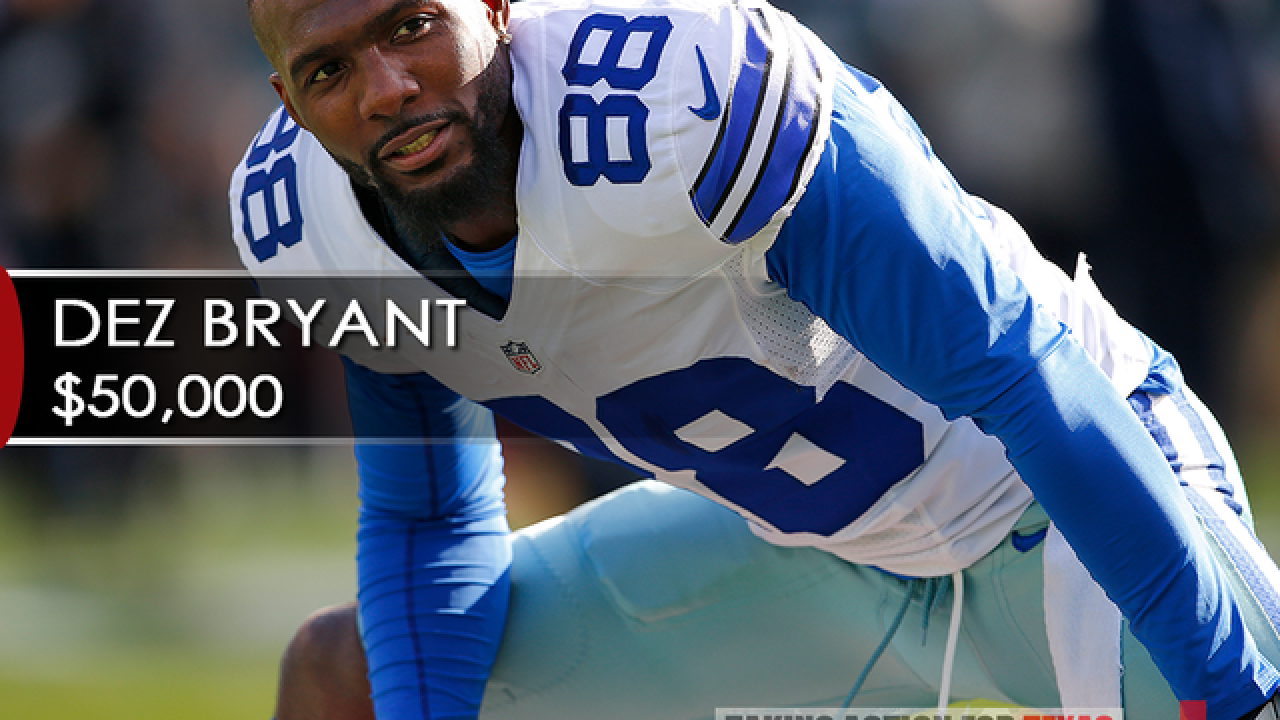 Bryant met with team owner Jerry Jones today and that's when he was informed of the team's decision.

In a statement, Jones said he holds, "Dez Bryant in the highest regard," and that he was grateful for Bryant’s passion and spirit over the past eight years.

However his production has fallen off just a bit over the last few seasons, and some question whether his current productivity is worth his $12.5-million dollar a year base salary.

Since joining the Cowboys in 2010, Dez Bryant has accounted for 7,459 yards and scored 73 touchdowns.

He will now be a free agent and is sure to find a new home soon.