UWO's head football coach said he felt Oshkosh was 'ready to go,' but ultimately the NCAA's health regulations made a season impossible. 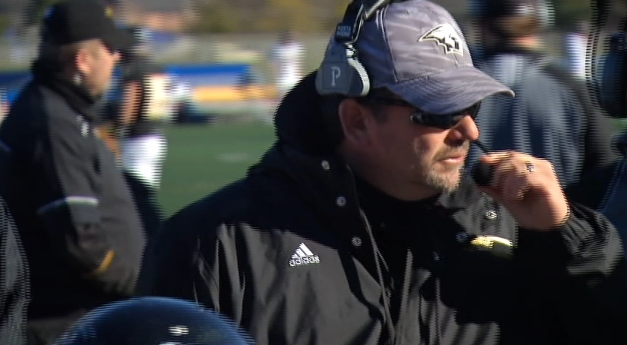 Last week he found out he'll be inducted into the Wisconsin Football Coaches Association Hall of Fame. This week, he found out he won't get to coach this fall.

"Thousands of people have told me 'oh they'll never cancel football,'" he said. "Well they just did. So that's over with now and now we can focus on what's going to happen in the next 12 months."

Cerroni said neither he nor any other WIAC coaches were involved in the decision to cancel the season. He said he understands it as the NCAA is "just trying to keep people safe," but does feel UWO could have kept its players healthy.

"In the past we've had outbreaks of MRSA, the flu, mono... and we've handled those situations," he said. "I know this is a terrible virus and all that but just give us a chance to try and I think we would do a good job."

He credits the UWO athletic department for getting a health and safety plan in place. He was optomistic they were on track to play but regulations released by the NCAA on July 16 ultimately spelled doom for the season.

"They just became so unattainable that's when everything started to roll backwards," he said. "Testing became the issue."

Athletes in high risk sports, like football, would be required to be tested - at least - after each game.

"You're talking 8 thousand tests per year," Cerroni said. "That's a lot of money."

Now, the Titans are on to the next season. They hope to hold some practices this fall to get ready for another WIAC Championship run in 2021.

"It ain't gonna die. Football is gonna be around," Cerroni said. "It's just... We gotta take a year off."