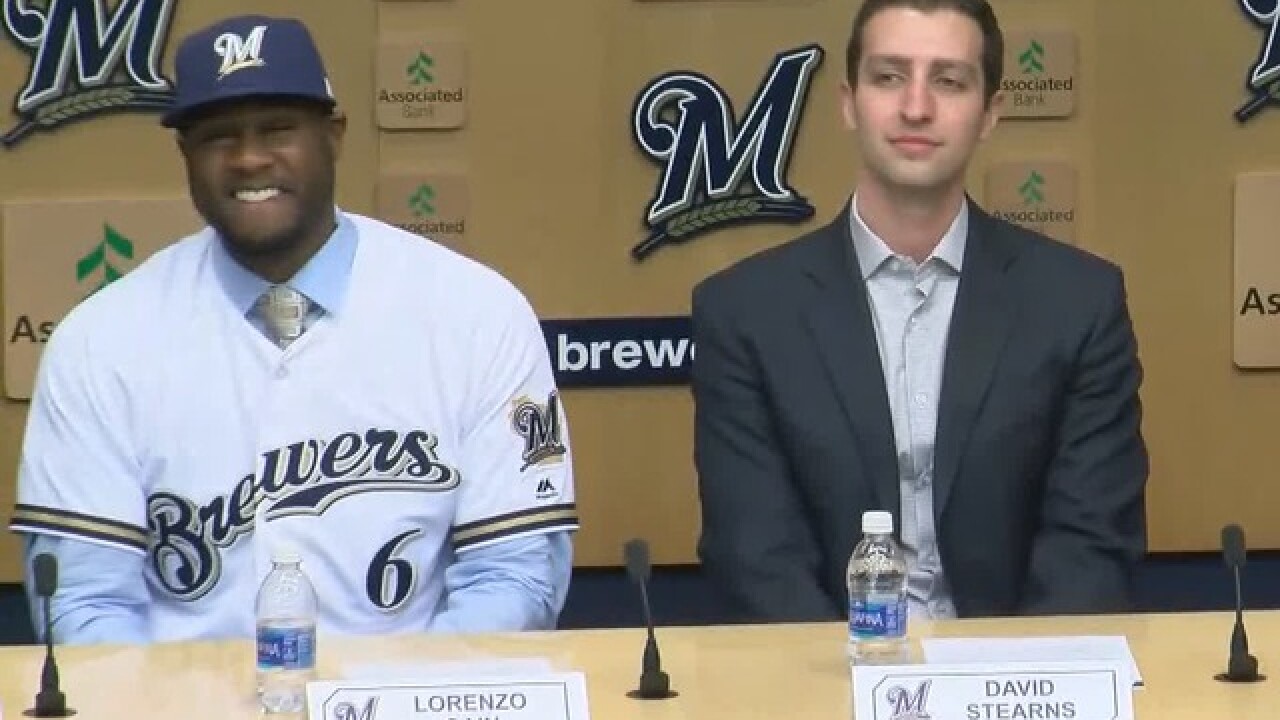 The Milwaukee Brewers announced they have acquired former Miami OF Christian Yelich as well as former Royals OF Lorenzo Cain.

On Thursday afternoon, the team announced it gave up four prospects for the Marlin: OF Lewis Brinson, OF Monte Harrison, INF Isan Diaz and RHP Jordan Yamamoto. Overall, the Brewers will be surrendering the first-, sixth-and 14th-best prospects in their system.

On Friday, the team re-introduced Cain, who spent his rookie year with the Brewers in 2010. Cain's deal is for five years, $80 million dollars and includes full no-trade protection and significant award bonuses, according to Jerry Crasnick. It's also the biggest contract signed by any player this winter and largest free agent contract in franchise history.

The 31-year-old Cain is coming off a season in which he batted .300 with 15 home runs, 49 RBI and 26 stolen bases. He was an All-Star in 2015 and has a career .290 average over his eight-year career with the Royals. Cain played in Milwaukee for one year in 2010 before playing seven seasons with the Kansas City Royals, where he won a World Series in 2015. The postseason experience Cain brings to the table is a big factor, according to Manager Craig Counsell.

"We've got a very, very talented player and a guy that I feel like we know well that has accomplished the height of the game," Counsell said. "That's going to be meaningful. It plays a part into when we get this thing rolling hopefully, and we're talking about games in August and September and hopefully in October that he's certainly been a part of."

"It's definitely a tough game and nothing is going to be easy," Cain said Friday. "David (Stearns) has put together a really talented group and I am just happy to be a part of it and, like I said, just build on it. For me, you know, I am just ready to get to work and keep going."

#Brewers OF Lorenzo Cain on coming back to Milwaukee: "It's definitely chilly out there, but like I say, I am definitely happy that I could get something done... Once I got a call from David, this was the spot I wanted to be in." pic.twitter.com/uMTbtfWrvl

Interesting. Reviewing today's press conference with Craig Counsell and David Stearns... Stearns confirms they've discussed the possibility of Ryan Braun playing 1B for #Brewers beginning in #SpringTraining : "It's something Ryan is open to."

Yelich is considered a rising star in Major League Baseball, with a career average of .290 after five seasons in the majors, and his .299 average over the past two seasons is fourth best among MLB center fielders, trailing only Mike Trout, Charlie Blackmon and Mookie Betts. On top of that, his defensive efforts earned him a 2014 Golden Glove. Brewers General Manager David Stearns is thrilled to have him.

Additional value in Yelich comes with his contract. He has five years of control and is only owed $58 million over that span.

Stearns on how #Brewers ' rebuild plan and expectations have shifted after 2017 success: "I think expectations were raised last year. We had a very competitive team last year... We had a lot of young players take steps forward and so... We're going to embrace expectations." pic.twitter.com/pQYo5GMThN