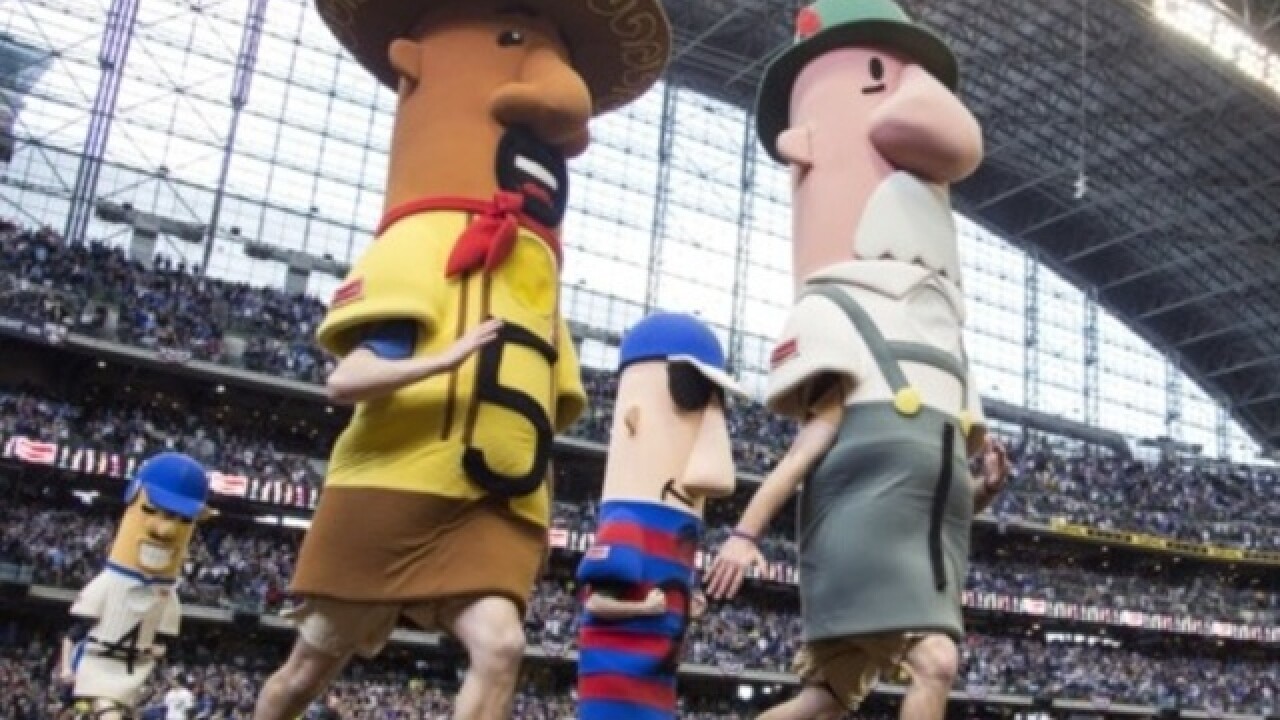 Johnsonville announced on its  website  it has been selected as the Milwaukee Brewers sponsor of the Famous Sausage Race at Miller Park.

Owner Shelly Stayer confirmed that the Sheboygan-based company will sponsor the race, and become the official sausage provider at the park this season.

“We thank the Brewers organization for choosing to partner with a family-owned and operated Wisconsin brand,” Stayer in a news release. “Their decision confirms the fact they want their fans to have an exceptional stadium experience.”

As part of the agreement, Johnsonville will sponsor the race, an All-Inclusive Club Level (formerly the Dew Deck) and a parking lot tailgate “experience.”

Also, fans will have their pick of Johnsonville sausages including bratwurst, chorizo, Italian and Polish sausages.

Johnsonville appears to be the likely frontrunner to sponsor the Milwaukee Brewers’ Famous Racing Sausages at Miller Park  after Klement’s was dropped by the team this week .

According to  our partners with the Milwaukee Business Journal , two popular Wisconsin sausage companies, Usinger's and Old Wisconsin, said they are not in the running for the sponsorship.

With those two not in the race, Johnsonville has emerged as the favorite and the deal could overlap to other Major League stadiums. Johnsonville is a nationwide sausage maker with plants in Wisconsin, Illinois and Kansas.

Senior reporter Rich Kirchen with the Milwaukee Business Journal told TODAY’S TMJ4 he can see how the company would be a good fit.

"Johnsonville you'll see across the country, it's one of those name brands. Johnsonville has bigger pockets," Kirchen said. "It's more important to them to be able to market in a wide area which is giving rise to speculation that they might even be sponsoring racing sausages or something else in other major league stadiums."

A Johnsonville spokesperson did not respond to the Milwaukee Business Journal for comment.

Johnsonville is a workhorse in the Wisconsin sports sponsor scene, particularly with the Tailgate Village at Lambeau Field.

Also, there is a question if the new sponsor will also provide the sausages in the stands. Klement’s will no longer be sold at Miller Park this upcoming season.

However, there is the possibility the new sponsor could be another company with no horse in the sausage race, per say.

"It's possible it could be a retail company, could be something totally different,” Kirchen said.