Middleton will sign near-max deal and return to the Bucks 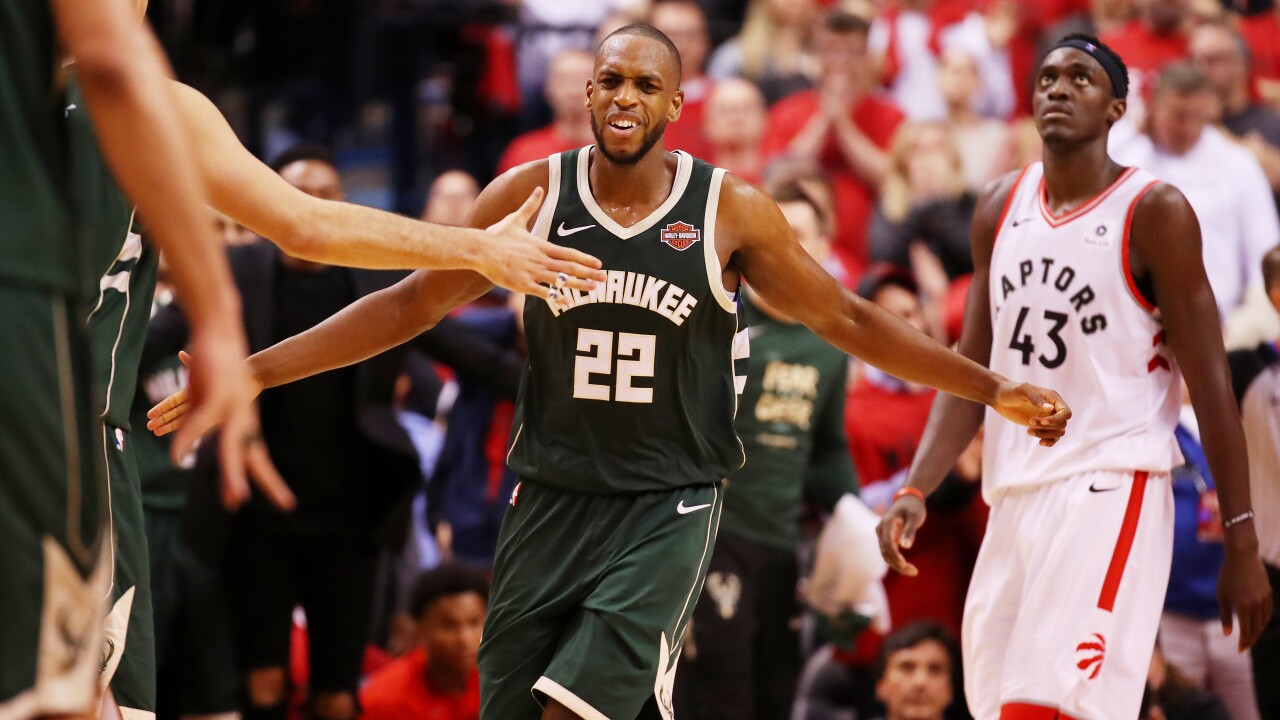 Gregory Shamus/Getty Images
TORONTO, ONTARIO - MAY 19: Khris Middleton #22 of the Milwaukee Bucks celebrates with teammates after scoring a basket to tie the game during the fourth quarter against the Toronto Raptors in game three of the NBA Eastern Conference Finals at Scotiabank Arena on May 19, 2019 in Toronto, Canada. NOTE TO USER: User expressly acknowledges and agrees that, by downloading and or using this photograph, User is consenting to the terms and conditions of the Getty Images License Agreement. (Photo by Gregory Shamus/Getty Images) 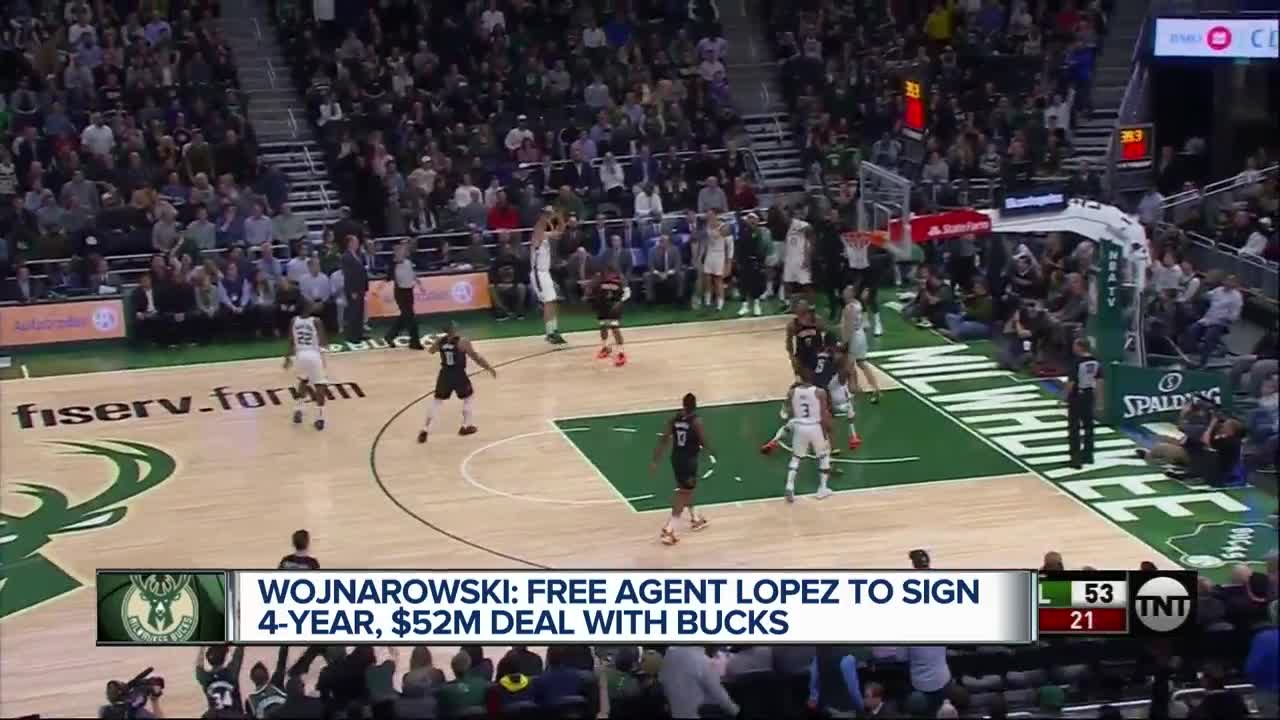 A person familiar with the situation said Khris Middleton plans to agree to a five-year deal worth nearly $179 million to remain with the Milwaukee Bucks.

The fifth year is at Middleton's option, according to the person who spoke to The Associated Press on condition of anonymity Sunday because neither the team nor the player had revealed details publicly. ESPN first reported Middleton's plans.

Middleton was an All-Star for the first time last season, averaging 18.3 points per game for a Milwaukee team that finished the regular season with an NBA-best 60 wins.

His deal is not quite a max; he could have commanded closer to $190 million over the five years.

Meanwhile, Malcolm Brogdon is going from the Milwaukee Bucks to the Indiana Pacers and will wind up signing a four-year, $85 million contract. Brogdon will be traded to Indiana in exchange for a 2020 first-round draft pick and consideration for two other future second-round picks, according to the person who spoke to The Associated Press on condition of anonymity because the trade cannot be finalized until Saturday at the earliest.

It's a blow to the Bucks, who had Brogdon for his first three pro seasons. He was the rookie of the year in 2017, and averaged a career-best 15.6 points this past season. Brogdon is a career 90% foul shooter, 41% 3-point shooter and 48% overall from the field. He's also an outstanding defender.

But the Bucks also will bring back one of the top-free agent centers on the market, Brook Lopez, according to ESPN. He reportedly garnered a four-year, $52-million deal.

Last season, he was elite on both ends of the court and notched career highs in both three-point makes, attempts and percentage, along with a career-high 2.2 blocks per game.

The Bucks made this possible by opening up cap space when they traded Tony Snell and their first-round draft pick to Detroit, netting Jon Leuer.

Milwaukee also will sign George Hill back to its roster after waiving him Saturday. His new contract will reportedly be a team-friendlier $29 million over three years.

NBA teams can start striking deals with free agents at 6 p.m. Eastern time Sunday, with the expectation that more than $1 billion in deals should be agreed to by the end of the evening.

None of them can be signed until July 6, when the league's summer moratorium ends.

Kevin Durant, Kyrie Irving, Middleton, Nikola Vucevic and Kemba Walker were among the players whose decisions are likely to be hammered out Sunday night. Kawhi Leonard's decision, certainly the most important one for the NBA champion Toronto Raptors, is not expected to come in the early flurry of announcements.

There are more than 200 free agents on the market this summer.