Mike Moustakas hit a game-winning home run in the seventh inning as the Brewers beat the Padres.
Posted: 10:43 PM, Sep 17, 2019 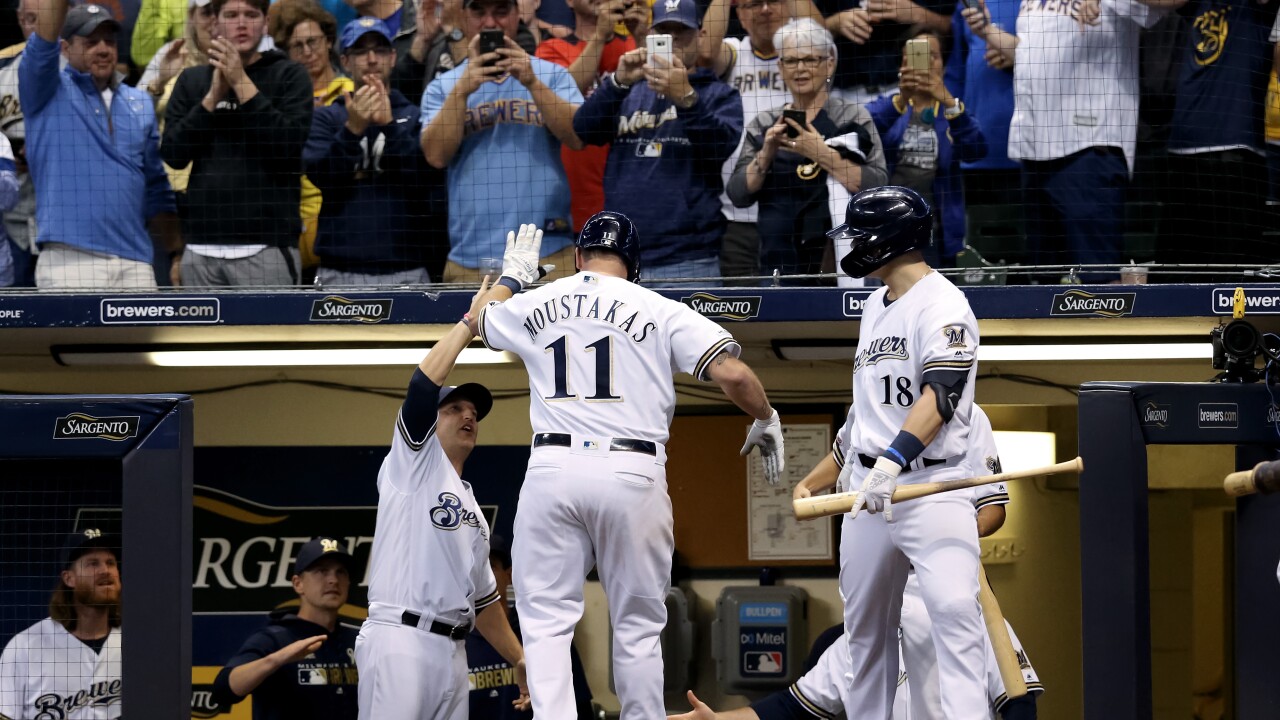 MILWAUKEE (AP) -- Mike Moustakas hit his 35th home run of the season, Lorenzo Cain also went deep and the Milwaukee Brewers beat the San Diego Padres 3-1 on Tuesday night to keep up their playoff push with their 11th win in 12 games.

The Brewers came in one game behind the Chicago Cubs for the NL's second wild card and three games back of St. Louis in the NL Central.

Moustakas teed off on a 1-2 pitch from reliever Matt Strahm (5-9) in the bottom of the seventh after Hunter Renfroe's 32nd home run in the top of the inning tied the score at 1-1.

Renfroe, who had missed nine games with a sprained left ankle, connected off Matt Albers (8-5) and spoiled the six scoreless innings crafted by three Milwaukee pitchers.

Brandon Woodruff started, struck out four and walked one in the first two innings. Gio Gonzalez allowed two hits and struck out four over the third, fourth and fifth. Brent Suter retired the side in order in the sixth, striking out two.

Drew Pomeranz struck out the side in the eighth and pitched a 1-2-3 ninth for his second save in as many chances.

Ben Gamel' sacrifice fly tacked on a run in the eighth.

Padres rookie right-hander Chris Paddack made his 26th start of the season and first against the Brewers. He allowed one hit, Cain's solo shot in the third, walked one and struck out nine in five innings.

The Padres matched a season-high with their sixth straight loss.

Manny Machado had an infield single and Paddack added a base hit.

Padres: LF Wil Myers was scratched and replaced by Nick Martini in left. No reason was given for the change, but Myers struck out pinch-hitting in the eighth. ... C Francisco Mejia (right oblique strain) was reinstated from the 10-day injured list. He was available to pinch hit or catch.

Brewers: Woodruff was reinstated from the 10-day injured list (left oblique strain) prior to the game. ... C Manny Pina (mild concussion) was cleared to play by the doctors from MLB. He's been out since taking a foul tip off his mask Sept. 5th. ... 2B Keston Hiura (strained left hamstring) was back in the starting lineup. He had only pinch hit twice since being reinstated from the 10-day injured list Sept. 11th.

Padres: RHP Dinelson Lamet (2-5, 4.06) makes his second career start against the Brewers. He's allowed no more than three earned runs in 10 of his 12 previous starts this season.

Brewers: RHP Adrian Houser (6-6, 3.84 ERA) makes his second appearance and first start against the Padres this season. He tossed 3 1/3 scoreless innings in relief on June 19th at Petco Park.