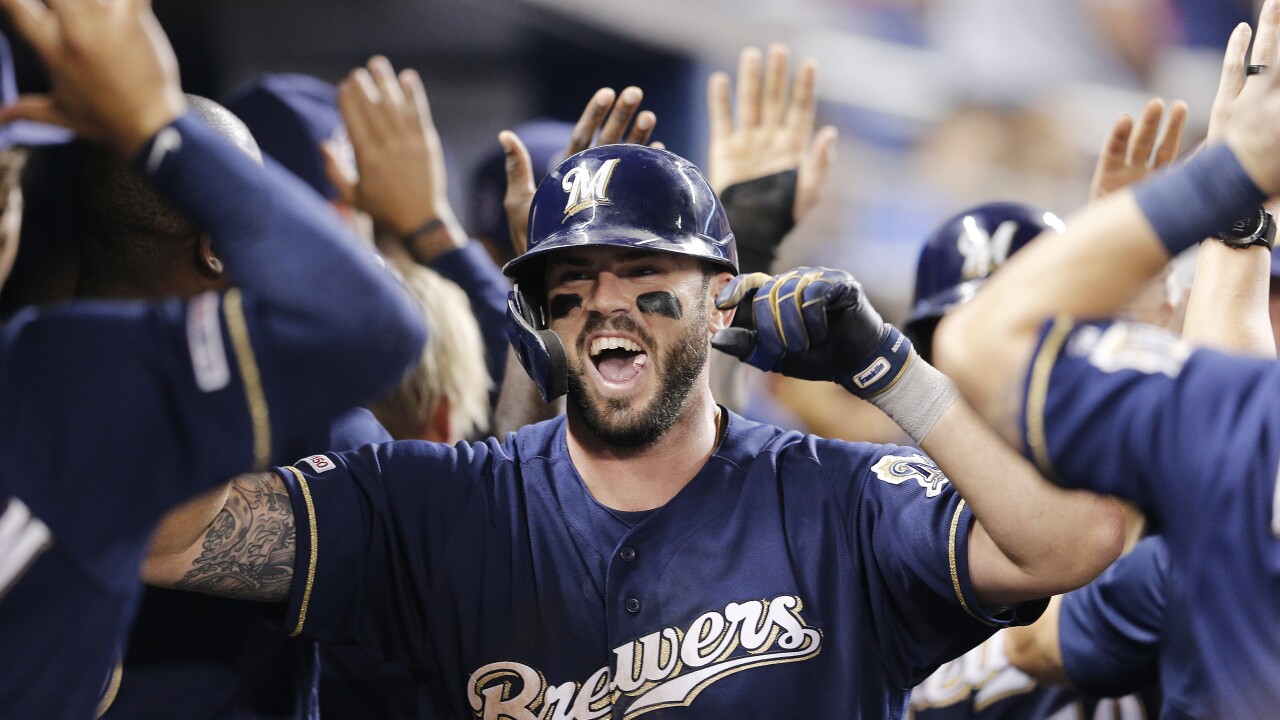 MILWAUKEE — The Milwaukee Brewers are hoping Yasmani Grandal and Mike Moustakas will be back next season after the team made back-to-back playoff appearances for just the second time in franchise history.

Grandal and Moustakas have mutual contract options. Grandal, who led NL catchers with 28 homers, is likely to decline his $16 million option, and Moustakas could be a free agent for the third straight offseason if either side declines the infielder's $11 million option.

"I don't think it's particularly controversial that I'd love to have both of them back," Brewers general manager David Stearns said Friday. "They are two very good players that fit with our organization and our team very well. Whether the realities of the free agent market permit that is something we will have to evaluate as we go through the offseason."

ADVERTISINGMilwaukee finished second in the NL Central this year with an 89-73 record. The Brewers played the last part of the season without slugger Christian Yelich, who broke his right kneecap Sept. 10.

Milwaukee was eliminated when it blew a three-run lead in a 4-3 loss to the Washington Nationals in the NL wild-card game Tuesday night.

The winning run scored in the eighth inning when rookie outfielder Trent Grisham, playing in place of Yelich, allowed Juan Soto's hard single to right to get past him for an error.

"I would expect Trent to be a part of the team next year and have a prominent role on the team," Stearns said.

"We battled injuries, we battled some inconsistent performance from key players, and we were still able to keep ourselves close enough so that a good run got us back to the playoffs," Stearns said.

Stearns also praised Yelich for putting together a season he felt exceeded his 2018 NL MVP campaign. Yelich won the NL batting title with a .329 average, becoming the first repeat champion since Colorado's Larry Walker in 1998-99.

"Christian never ceases to surprise me," Stearns said. "We're fortunate to have him."

Stearns said he expects the franchise's ownership group, led by principal owner Mark Attanasio, to continue to invest the necessary financial resources to field a competitive team on a yearly basis.

"We're not going to have payrolls consistent with the biggest payrolls in baseball. That shouldn't come as a surprise to anyone," Stearns said. "But we do think that we can afford a team that can remain competitive and allow us to invest wisely where we see fit."

The Brewers drew 2.9 million fans to Miller Park this season, which ranked eighth in the majors and helped bolster the team's financial viability.

"We have an incredibly loyal and passionate fan base and what we have accomplished as an organization over the last couple of years wouldn't have been remotely possible in a market like this without the unyielding support of this community," Stearns said. "It's evidenced, certainly, by the attendance numbers, which are kind of unthinkable in a market this size."