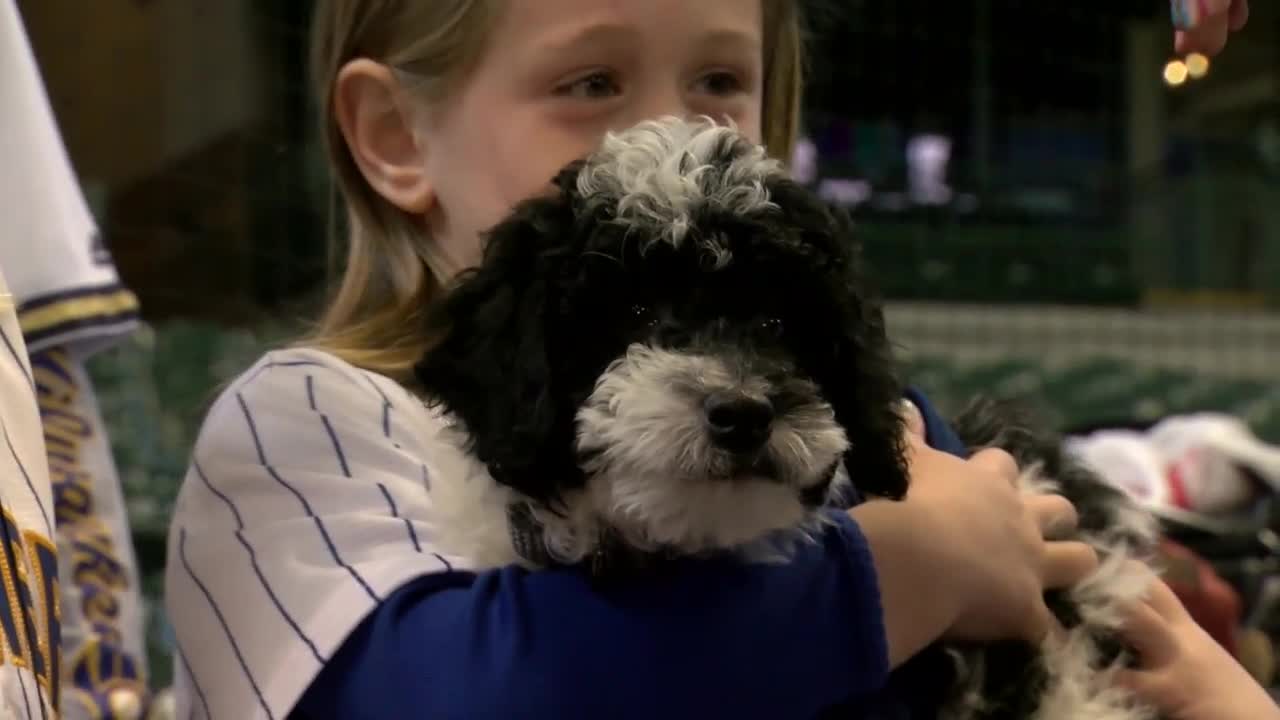 The family went viral a few weeks ago when someone snapped of picture Lola holding up a sign that read: “Yelich, hit a home run and my Dad buys me a puppy.” 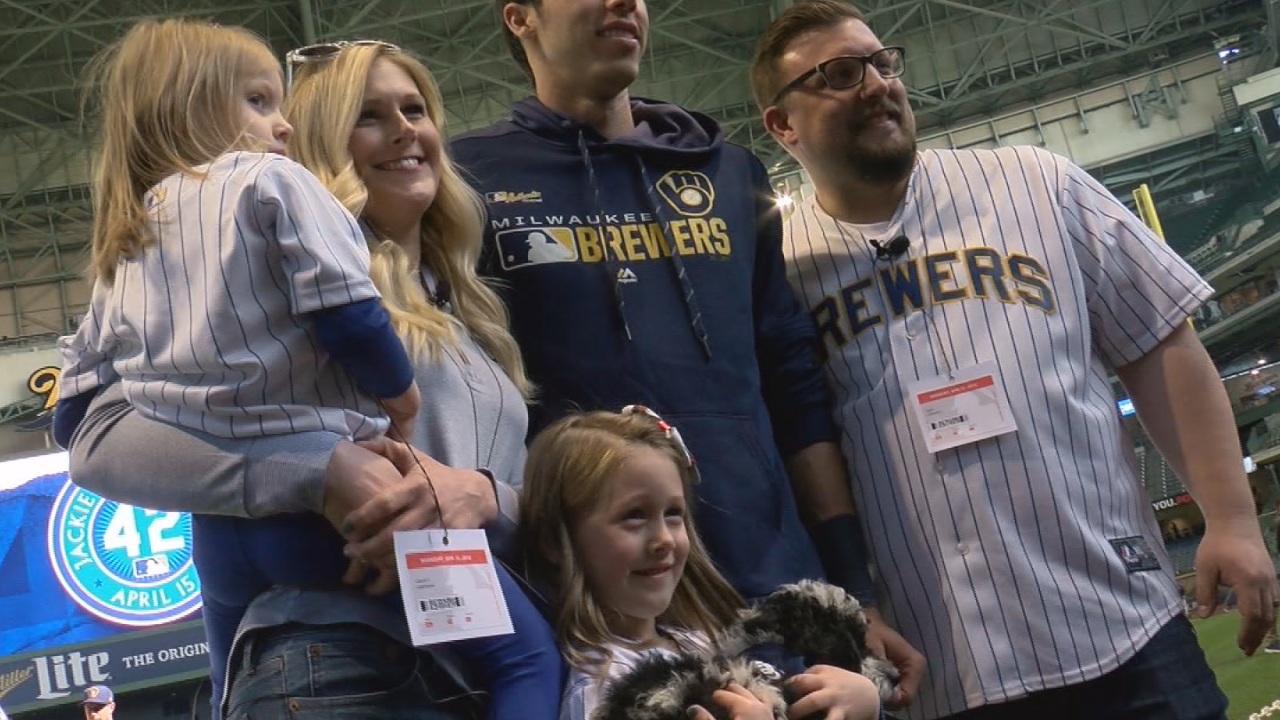 MILWAUKEE, Wis. — A sign a Muskego family thought would be a good way to get Christian Yelich’s attention actually got them a new dog. It was hand delivered by the Milwaukee Brewer during a batting practice surprise.

The Labodda family brought their little girls to Miller Park, telling them they were going to see a game.

“They are here for a baseball game, that’s it,” their mom, Jessica Labodda, said.

The family went viral a few weeks ago when someone snapped of picture Lola holding up a sign that read: “Yelich, hit a home run and my Dad buys me a puppy.”

Though their dad said he would follow through, so far they have not gotten a puppy. Or that’s what the girls think. Their parents picked out a puppy a few weeks ago, but Christian Yelich asked if he could bring it to them.

So while the girls watched baseballs fly, Yelich snuck out of the dugout carrying their puppy.

“I brought you guys a present,” Yelich said, holding their dog.

And they already had the name picked out.

“Yeli,” said Jessica for her daughters who were too shy to tell the reporters who gathered to watch.

The dog is even more special to the family because they hope to train him to detect when Lola’s blood sugar is too low. She has type-1 diabetes.

“This dog can be trained to help my daughter survivor for the rest of her life. There is really no words for it. And for the Brewers to even allow this is just unbelievable,” Michael said.

The family did not stay for the game because they wanted to get their new puppy home. They hope to start training him to detect low blood sugar in Lola in the next few weeks.