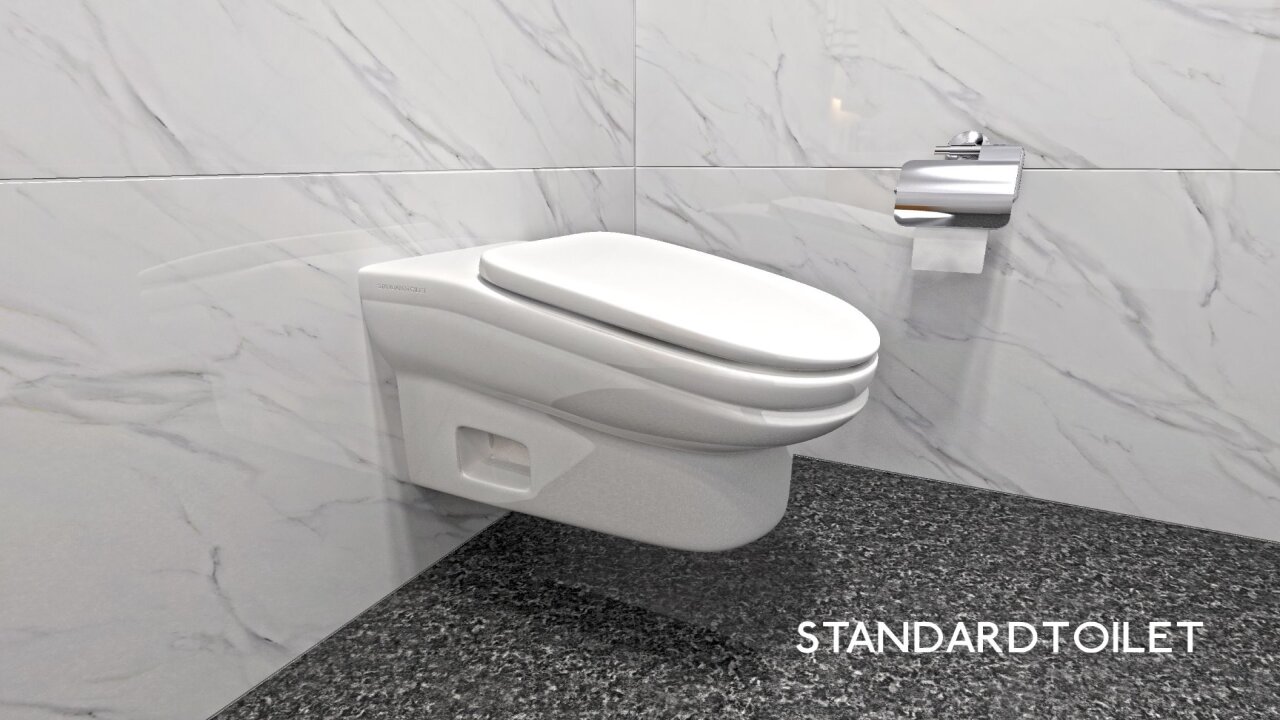 A lot of companies are experimenting with ways to improve productivity. For some, it’s exploring four-day work weeks. Microsoft Japan, for example, saw a productivity boost of 40% after switching to the shorter work week, according to NPR . Other companies are giving employees yoga breaks .

Then, some companies may be considering a more punitive approach, like re-engineering toilets so that they become so uncomfortable that employees won’t want to sit on them for more than five minutes. Seriously.

The StandardToilet was designed by a British start-up company and is in a prototype phase. It’s essentially a tilted toilet that slopes downward at a 13-degree angle. If you try to sit on it for more than a few minutes, it will start to cause strain on your legs like what you feel when you’re doing a squat.

“Thirteen degrees is not too inconvenient, but you’d soon want to get off the seat quite quickly,” Gill told the tech news outlet of his creation.

The company says it’s estimated that extended employee bathroom breaks cost companies in the United Kingdom $4 billion annually. The idea? An uncomfortable toilet will curb social media use in the bathroom .

People’s reactions to the StandardToilet on social media have been mostly disgruntled to say the least.

One Twitter user suggested bringing doorstops to the bathroom to rest your feet on and to make your time on this slanted porcelain throne more comfortable.

Others are raising the issue of how a design like this is inherently ableist in nature, like @CreakyJoints points out. Those with Crohn’s Disease and colitis, for example, often need to take frequent, recurring bathroom breaks during the work day.

This is horrible. Shame on the designers and businesses that might install this toilet. People with chronic and invisible diseases like #crohnsdisease and #colitis already have a difficult time with bathroom access. source: https://t.co/9ih3DknYK9 #spoonies #chroniclife https://t.co/Rdb1H9GNcV

Twitter user @SMBurst suggests checking out the bathroom next time you go in for a job interview to take a pulse on the company’s culture if these toilets do end up taking off.

Check the bathrooms the next time you have an interview. If the company has these #standardtoilet toilets in the building, it’s not a company you want to work for. #trustgarnerstrust #isthisreallife https://t.co/oaIDXrvtQf

Are these new toilets a brilliant new way to improve productivity or a cruel method for keeping employees in line?