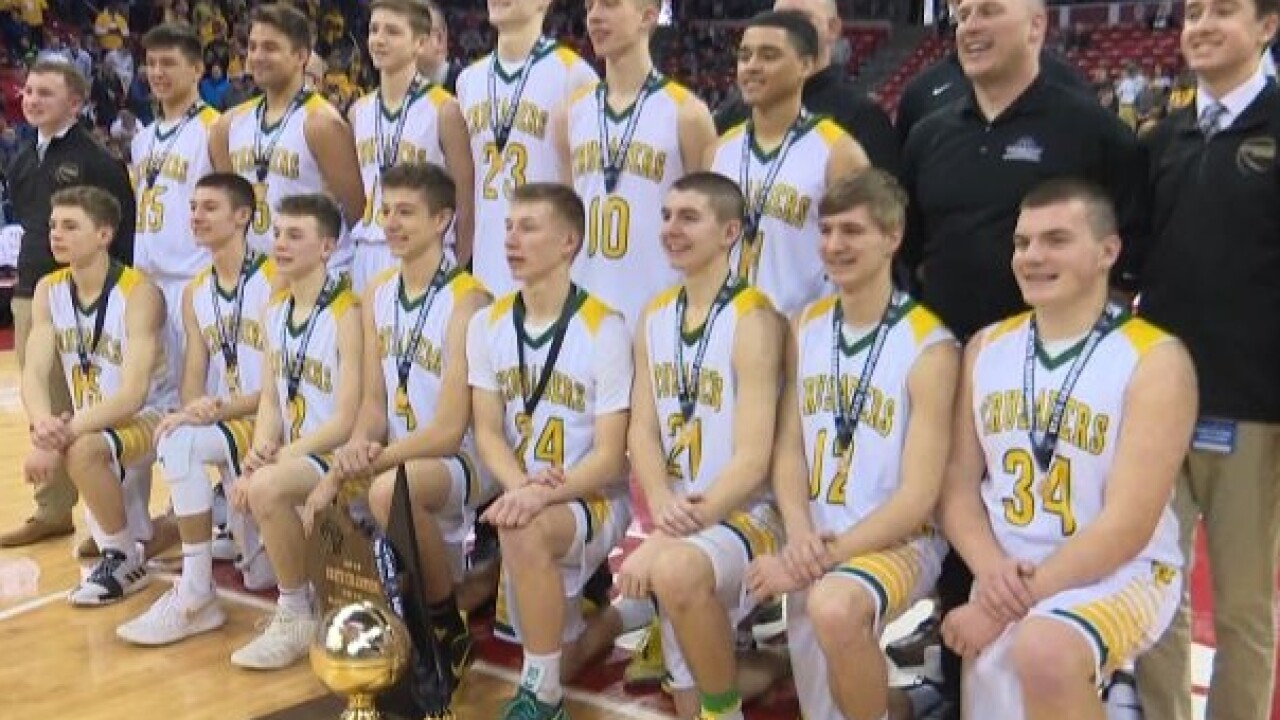 "I'm beyond excited about this for the school, for everybody that's a part of Crusader Nation," Sheboygan Area Lutheran head coach Nick Verhagen said.

The Crusaders were led by their junior star forward Jacob Ognacevic who had a game-high 35 points and 19 rebounds. Ognacevic is well aware of his comparison to now NBA star Sam Dekker who helped Sheboygan Area Lutheran win their first state title in 2012. That comparison doesn't seem to bother the current star of the team.

"It feels good to just add on to that legacy and build the program up," Ognacevic said. "There's a lot of people that helped us get to that point so it just felt great to win it for them."