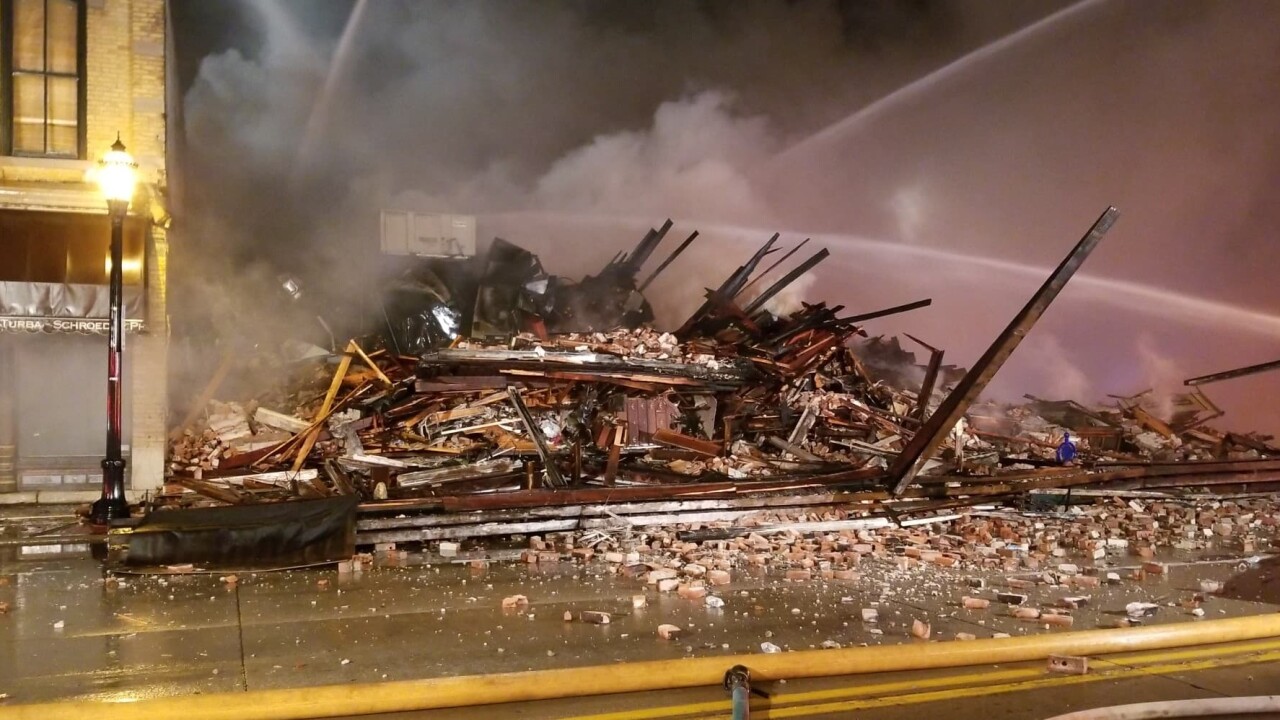 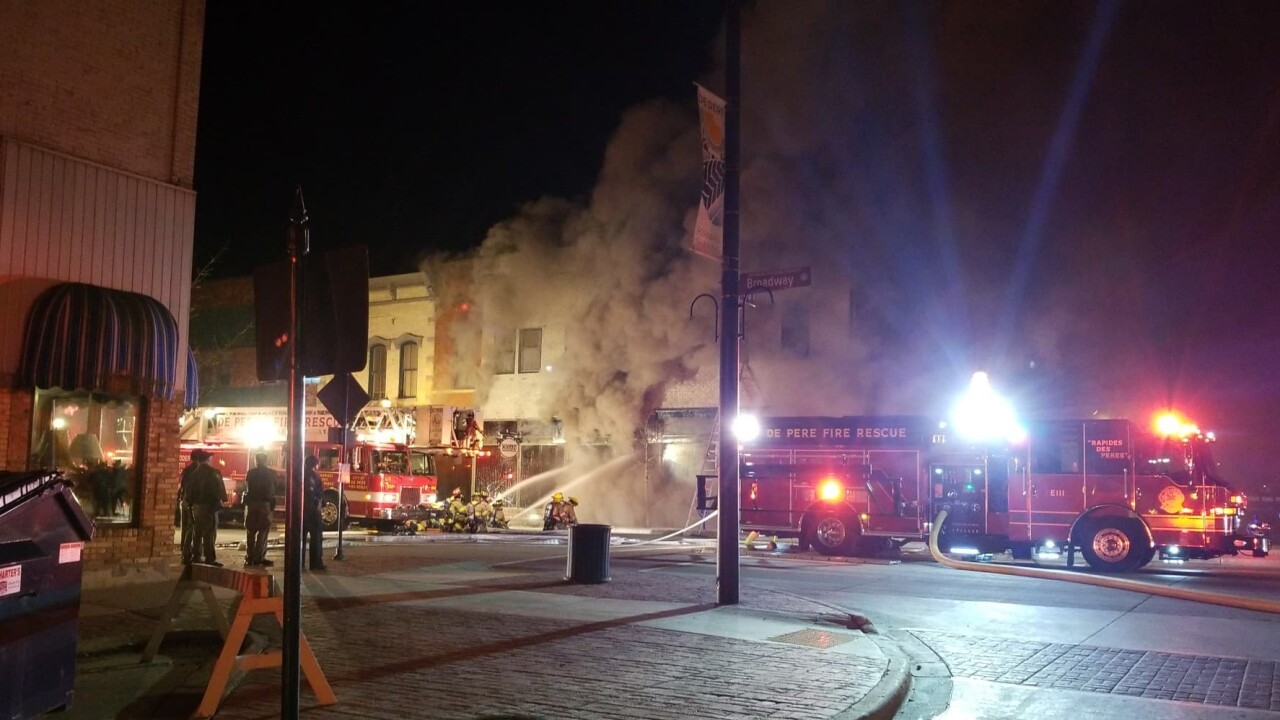 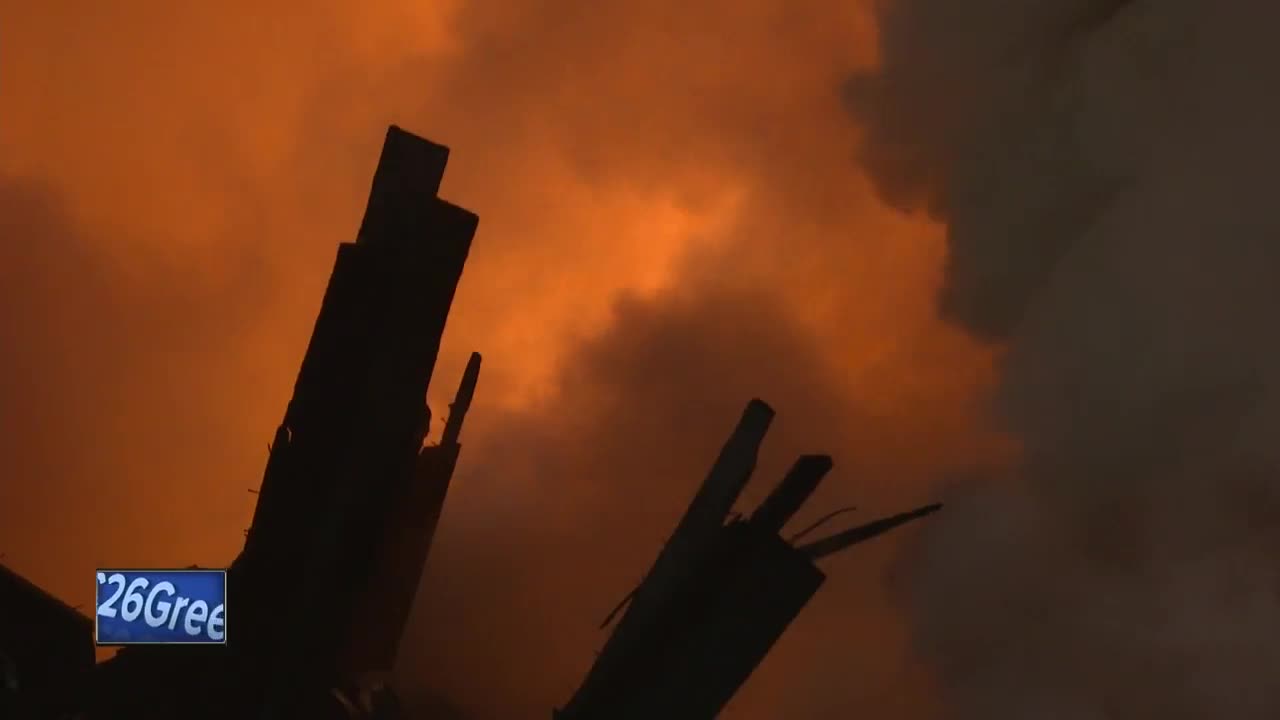 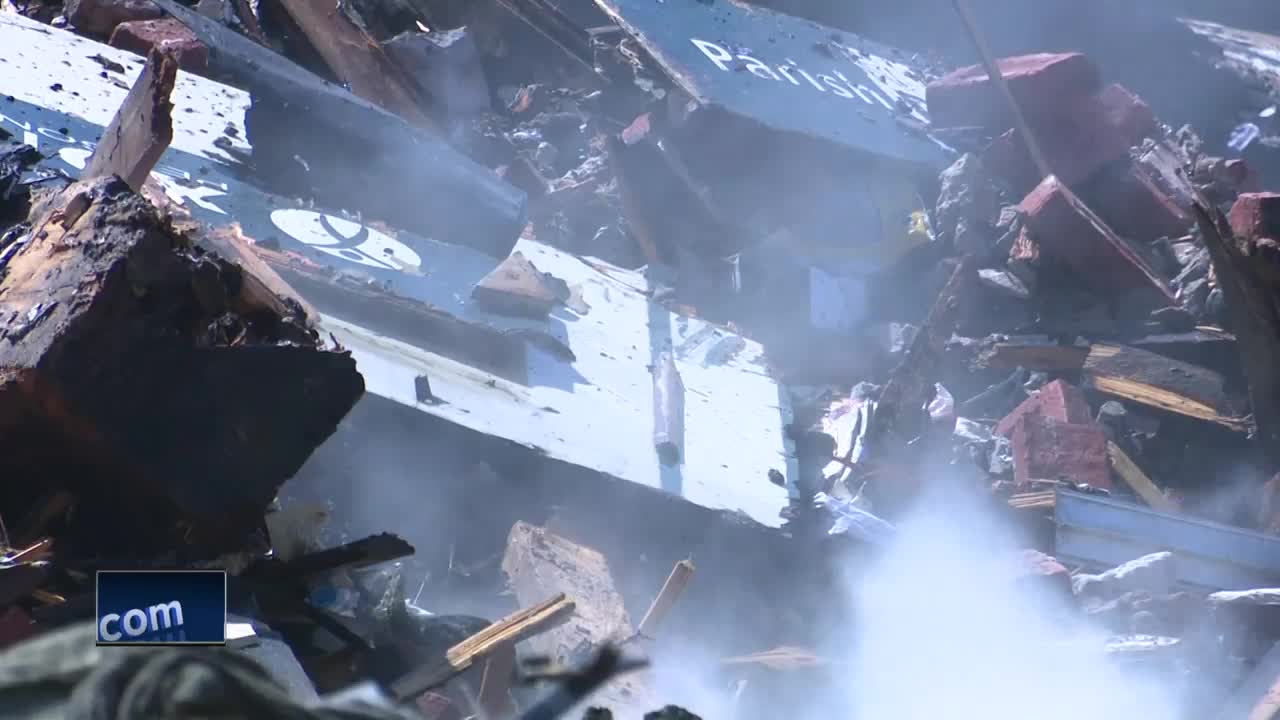 DE PERE, Wis. — A historic building has collapsed in De Pere due to a massive fire.

Officials said more than 20 people in the area have been displaced.

One firefighter suffered minor injuries to the leg while battling the fire. All the tenants in the apartments above the restaurant were evacuated safely.

The entire building has collapsed. Officials said the building is more than 100 years old.

Traffic to the downtown of De Pere will be detoured and slow Wednesday morning.

Lanes are blocked in both directions on WIS 32 at Williams Street because of the fire.

St. Norbert says it has established a fund on behalf of those displaced by last night’s East De Pere fire.

"These include not only faculty members Steve Westergan and Jaime Edwards, but Katie Summers, an SNC alumna who we have learned was also a resident of the building," the school says in a statement to NBC26.

St. Norbert says donations may be made at the bursar’s office, with checks payable to St. Norbert College.

"100 percent of the funds will be used to provide support for all three of these members of our community," the statement says.