Parts of I-41 Northbound shut down after semi truck fire 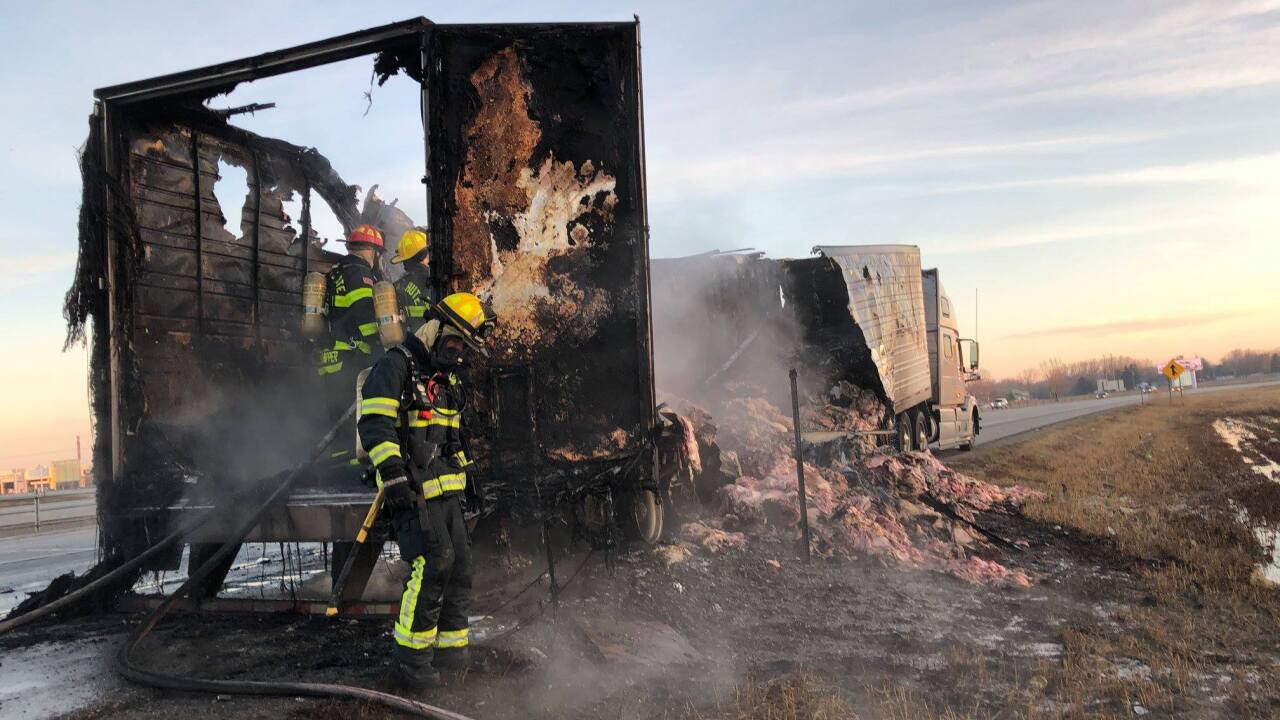 APPLETON, Wis. — UPDATE: A trailer contained 41,000 lbs. of meat caught fire and blocked traffic for hours on I-41 near Highway 15, according to the Grand Chute Fire Department.

Cleanup for the fire has currently shut down northbound lanes of I-41.

The cause of the fire is being investigated. Delays are expected to last for an extended period of time.

PREVIOUS: All lanes are blocked on Northbound I-41 at Wisconsin 15 Westbound as of 6:00 Monday morning.

According to police, a semi fire is blocking the road.

There is no word on the cause of the fire at this time.

According to the Outagamie County Sheriff, the road could be blocked for up to two hours.