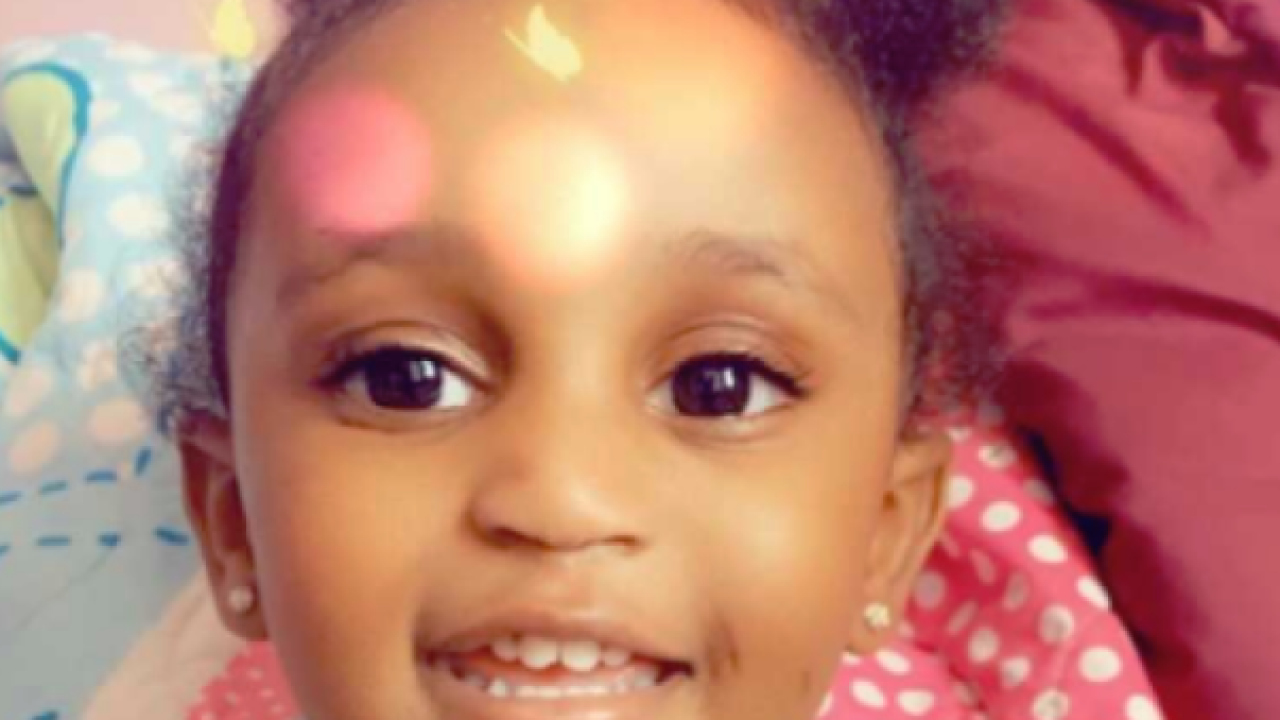 MILWAUKEE (AP) — A body found in Minnesota matches the description of a 2-year-old girl whose mother was killed in Milwaukee this past week, a spokesman for the Minnesota Bureau of Criminal Apprehension said Saturday.

Bureau spokesman Bruce Gordon told TODAY'S TMJ4 and the Associated Press the body has been preliminarily identified as Noelani Robinson.

Gordon said the body was found in Steele County, Minnesota, south of Minneapolis. The Minnesota agency is waiting for formal identification and preliminary autopsy results from the medical examiner, he said in an email.

At a news conference Saturday, Police Chief Alfonso Morales says Noelani was found wrapped in blankets at the side of the road near Austin, Minnesota.

Authorities had asked "the entire nation" for help finding Noelani after the arrest of the girl's father, who is suspected of fatally shooting her mother in Milwaukee.

Milwaukee police Chief Alfonso Morales said Friday that the suspect, Dariaz Higgins, had been providing police with information on the whereabouts of his daughter, but that it all had "proven to be untrue."

Higgins, of Miami, is accused of fatally shooting 24-year-old Sierra Robinson and wounding one of her friends Monday. Police arrested him Wednesday and prosecutors have charged him with first-degree murder.

Prosecutors said in charging documents that Higgins traveled to Milwaukee to give Noelani to Robinson, but it was unknown if Higgins actually brought her with him. Police said Higgins was Robinson's pimp and they had been romantically involved but were no longer together. Robinson left Noelani with Higgins when she moved to Las Vegas last month but wanted her back, authorities said.

According to charging documents, Higgins, Robinson, and her friend spent time driving around together in Milwaukee doing drugs Monday, before Higgins took them to an apartment building where he told them Noelani was. Prosecutors said Higgins shot Robinson and her friend when they got out of the car.

Morales had suggested Noelani could be in the hands of human traffickers, but declined to provide details for why investigators believed that, other than to say "that's the world that these two individuals lived in, the victim and the suspect."