The internet is already awash in Notre Dame conspiracies 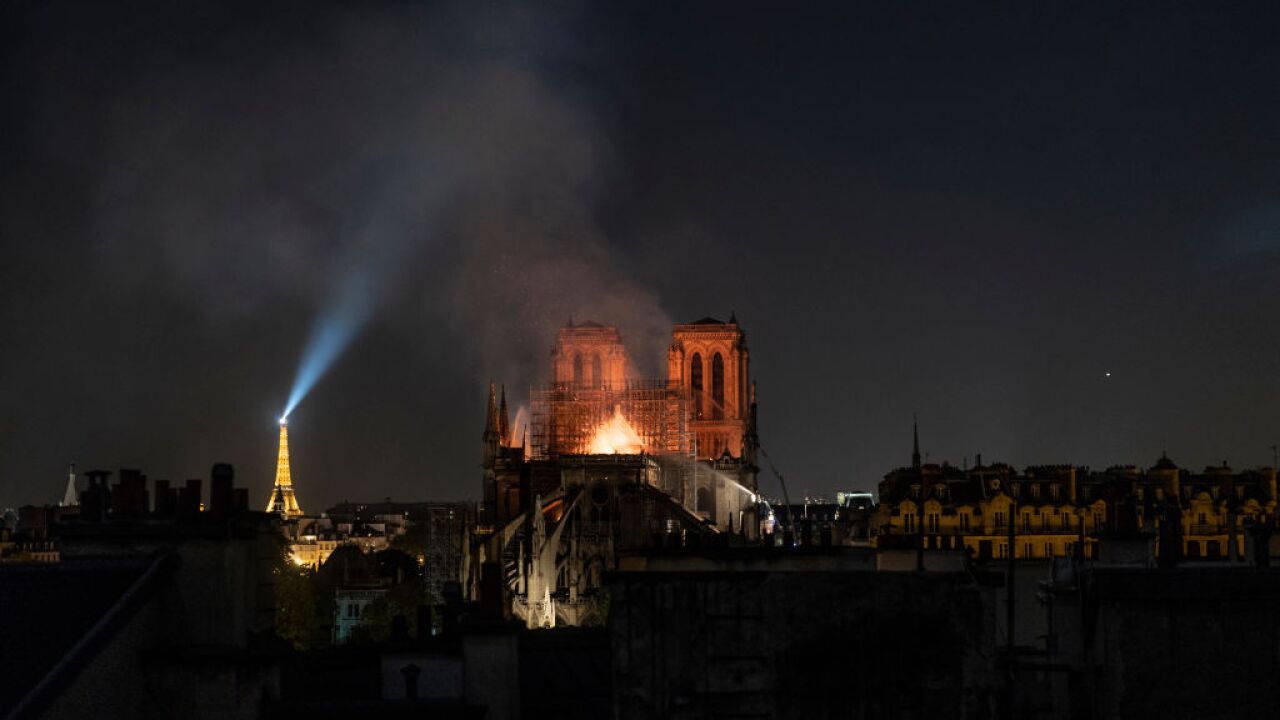 Even before the blaze at Notre Dame was extinguished, conspiracy theories and fake news about the fire had ricocheted around the internet.

The most egregious examples of disinformation originated in the darker corners of the internet but many found bigger audiences on social media.

One prominent conspiracy theory revolved around the claim that the fire had been deliberately started.

InfoWars, a fringe website which is known for spreading conspiracy theories, published a story which suggested the fire had been intentionally set.

The claim was based on a single erroneous tweet, which was later deleted. The InfoWars story remains online.

Paris Prosecutor Rémy Heitz said that while the cause of the fire has not been established, it was likely "accidental."

"Nothing shows that it's an intentional act" he said in a press conference on Tuesday.

Yet some social media users made claims that went beyond even what was claimed by InfoWars. On Twitter, a fake account made to look like one operated by CNN claimed the fire was caused by terrorism.

The account, which was created in April, was only removed several hours after CNN publicly called out Twitter over it.

Conspiracy theories about the origin of the fire were also abundant on the internet message board 4chan, where users resorted to using trolling tactics that are designed to aggravate the media.

Social media users with big followings promoted the conspiracy theories, with some attempting to blame racial or religious minorities for the outbreak of the fire.

One strategy appeared to be the use of old and unrelated articles about Catholic churches being desecrated in France to insinuate that the Notre Dame fire was an intentional act.

Other accounts posted an erroneous 2016 article about gas tanks and "Arabic documents" being uncovered near the cathedral.

Big social media companies appeared to struggle to contain the spread of the content.

A YouTube feature designed to combat misinformation even linked the fire at the Notre Dame Cathedral to the September 11 terrorist attacks. The company blamed the mix-up on its algorithms.