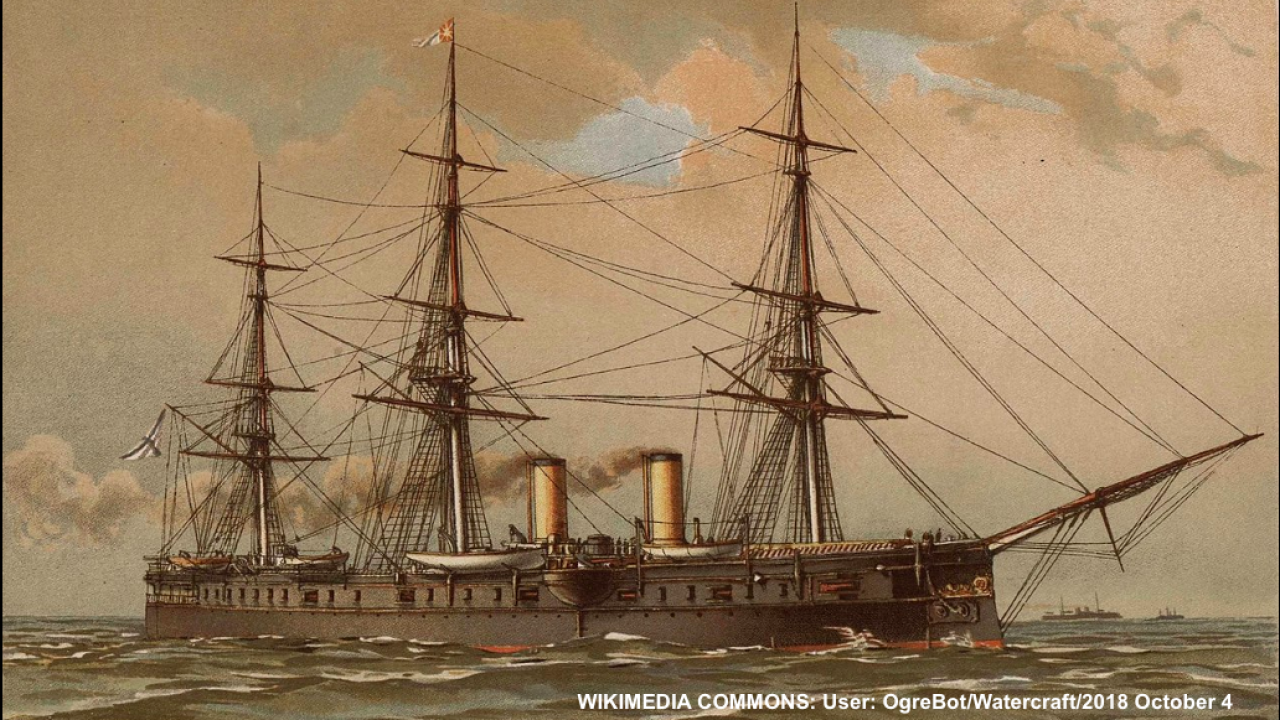 Three executives of a South Korean company, which claimed to have found a sunken Russian treasure ship containing billions of dollars in gold, have been jailed, months after their scam fell apart.

Shinil Group attracted global attention when it claimed last year to have discovered the Dmitri Donskoii , a 5,800-ton warship that sank during the 1905 Battle of Tsushima, in the waters between present-day South Korea and Japan.

Reports from the time of the sinking suggested there was gold on board, which could now be worth upwards of $125 billion, a staggering sum which a Shinil representative at a closely-watched press conference downgraded to a still respectable $8.9 billion .

The company had hinted it would make an announcement at that event -- perhaps even showing photos and video of the gold. But nothing was forthcoming and questions were asked over the legitimacy of its previous images of the sunken ship.

Police raided the company amid allegations the story was cooked up to boost the shares of a steel company that Shinil executives had invested in before their supposed discovery. Shares in that company spiked following the announcement.

Shinil also attracted $7.6 million from thousands of investors excited about a potential windfall from the gold haul.

No appeal request has been submitted so far, the court said.

The Dmitri Donskoii, a first-class armored cruiser, first set sail in the 1880s and sank during the Russo-Japanese War, which Moscow eventually lost.

Since then, rumors have abounded that it carried a huge sum in gold coins -- as much as 14,000 metric tons by one estimate -- to fund the Russian war effort. The stories persisted even though numerous experts and government officials cast doubt on them.

"She was a very old and slow ship ... a very unlikely candidate to be entrusted with transporting a tenth of all the gold ever mined in the world," wrote Constantine Pleshakov, author of "The Tsar's Last Armada: The Epic Journey to the Battle of Tsushima."

"Not to mention that even though Tsar Nicholas II was rather thickheaded, he would never have ordered the transport of such a large amount of gold by ship from St Petersburg to Vladivostok when he had the Trans-Siberian Railroad at his disposal."

But that logic hadn't discourage previous claims. In 2000 , South Korean company Dong-ah Construction said it would attempt to salvage the ship, causing its stock price to surge. But the company did not manage to recover the ship and eventually went bankrupt .

Later, Sergei Klimovsky, then head of scholarly research at the Central Naval Museum in St. Petersburg, said there was "no archival material or scientific evidence to support the idea that there is gold (on board)."

"This question of gold on Russian warships occasionally arises, but there is none, and the Koreans will be wasting their money," he added.