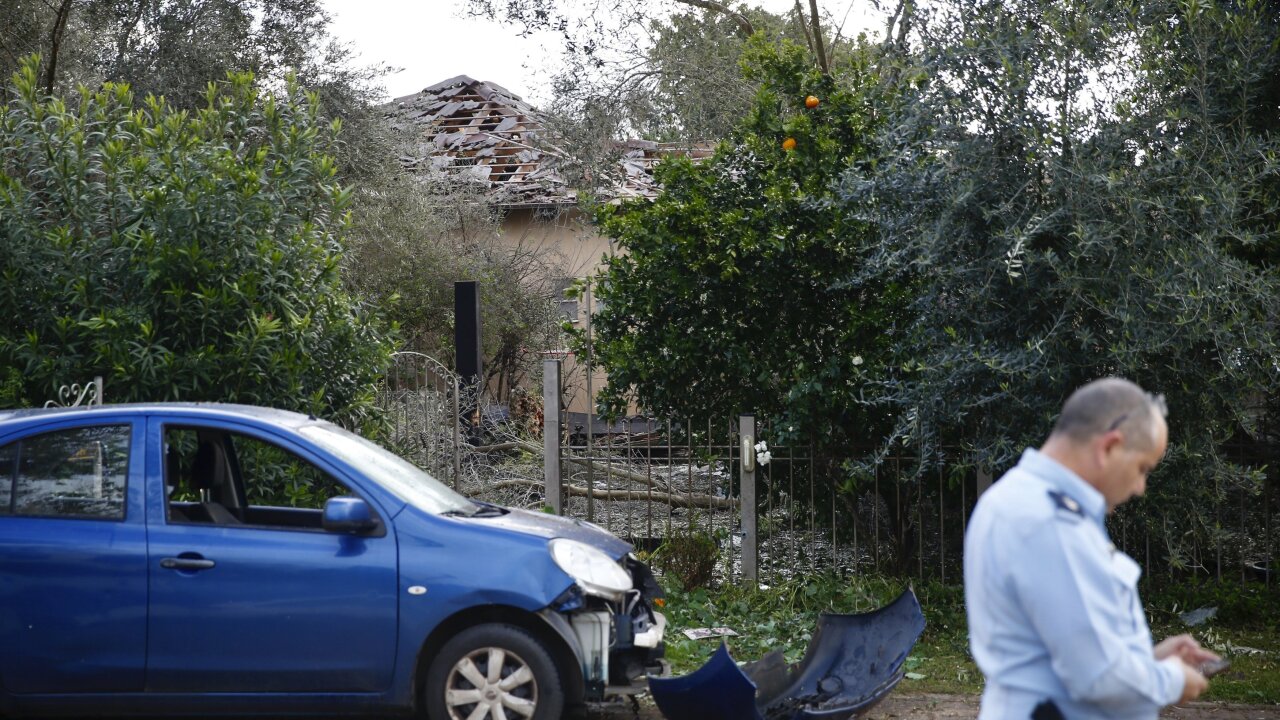 Israel launched strikes against Hamas targets in Gaza on Monday evening, hours after a rocket fired from the coastal strip hit a home in central Israel.

The rocket landed in the village of Mishmeret about 25 kilometers (about 15 miles) north of Tel Aviv on Monday morning, the furthest distance a rocket has been fired into Israel since the 2014 war fought between Israel and Hamas. Israel's military said Hamas, the militant group in control of Gaza, was behind the rocket fire.

Seven people were wounded in the incident, including a woman in her sixties who suffered blast injuries, minor burns and shrapnel wounds. A 12-year old girl and two infants also received shrapnel wounds, according to Magen David Adom (MDA), Israel's emergency response team, in a statement.

"This is a complex incident that miraculously has concluded with only light to moderate injuries," said MDA Director General Eli Bin, who was at the scene, according to the statement.

The rocket had a range of 75 miles and was manufactured inside Gaza by Hamas, said Israel Defense Forces (IDF) spokeswoman Mika Lipshitz. She would not comment on whether the rocket was fired intentionally or unintentionally.

No one has yet claimed responsibility for the rocket attack. A senior Hamas official told CNN that the militant group was not currently interested in firing rockets into Israel and did not want to risk a conflict with Israel at this time.

The official added that Hamas is interested in securing a long-term ceasefire agreement for Gaza, referring to recent efforts led by Egypt and the United Nations to secure a new understanding between Israel and Hamas aimed at bringing calm to Gaza.

Israel has closed the Erez and Kerem Shalom crossings between Israel and Gaza. It has also reduced the size of the fishing area in which Gazan fishermen are permitted to sail.

The Monday incident comes less than two weeks after two rockets were fired at Tel Aviv, the first time rockets had been fired at central Israel in almost five years. The IDF assessment was that the rockets -- which caused no damage -- were accidentally launched by low-level Hamas operatives, local media reported.

Israel responded to that attack with air strikes on about 100 militant targets in Gaza, including an underground rocket factory, a training facility and a logistics headquarters.

Monday's developments coincided with Israeli Prime Minister Benjamin Netanyahu's visit to Washington, during which US President Donald Trump signed a proclamation formally recognizing the contested Golan Heights -- considered Israeli-occupied territory by the international community -- as part of the state of Israel.

Earlier Netanyahu announced that he would cut his trip short due to the attack.