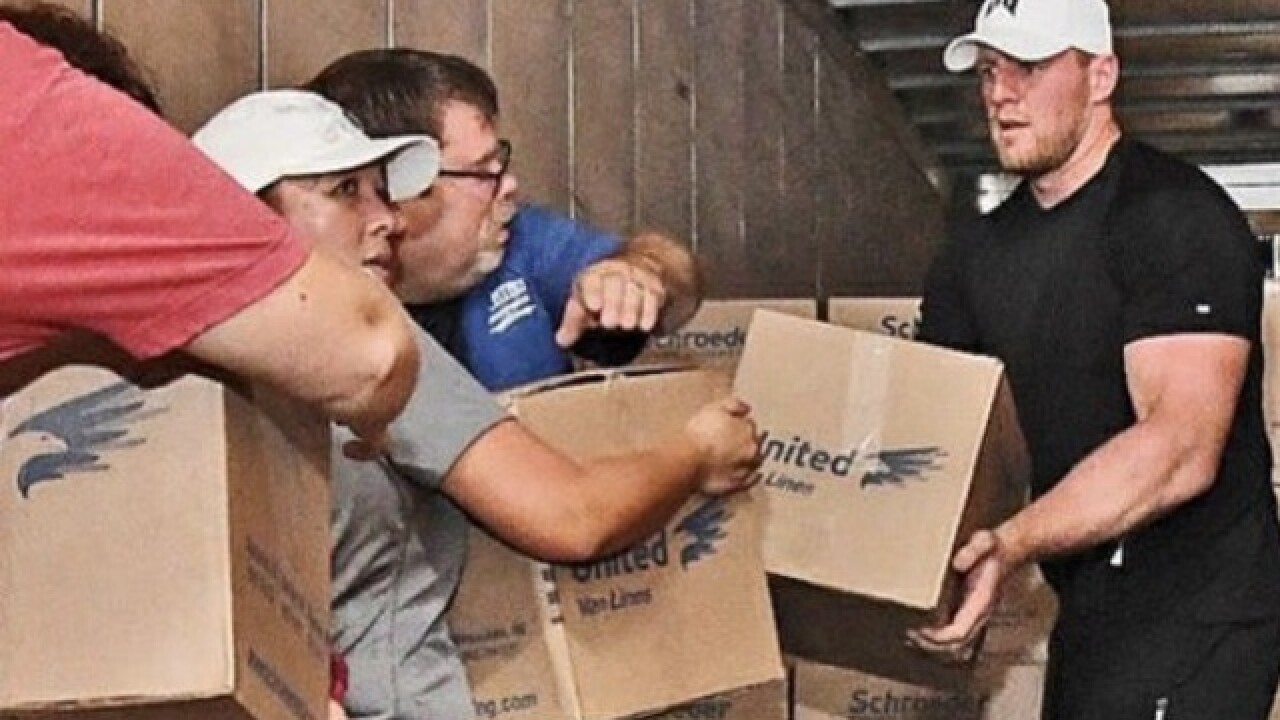 According to the website, the petition was started by a woman named Lindsay Duke. Here's what she had to say about why she started the petition:

JJ Watt has been an exemplary humanitarian and Houstonian. He has given to our great city more than we could ever have asked for !  Through his fundraising efforts over 12.6 million dollars was raised to aide Houstonians suffering loss due to Hurricane Harvey! As a token of our appreciation not only should SH 99 bear his number but also his name!

On Sunday, Watt, his teammates and countless volunteers unloaded 10 semi trucks worth of donations for Harvey victims.