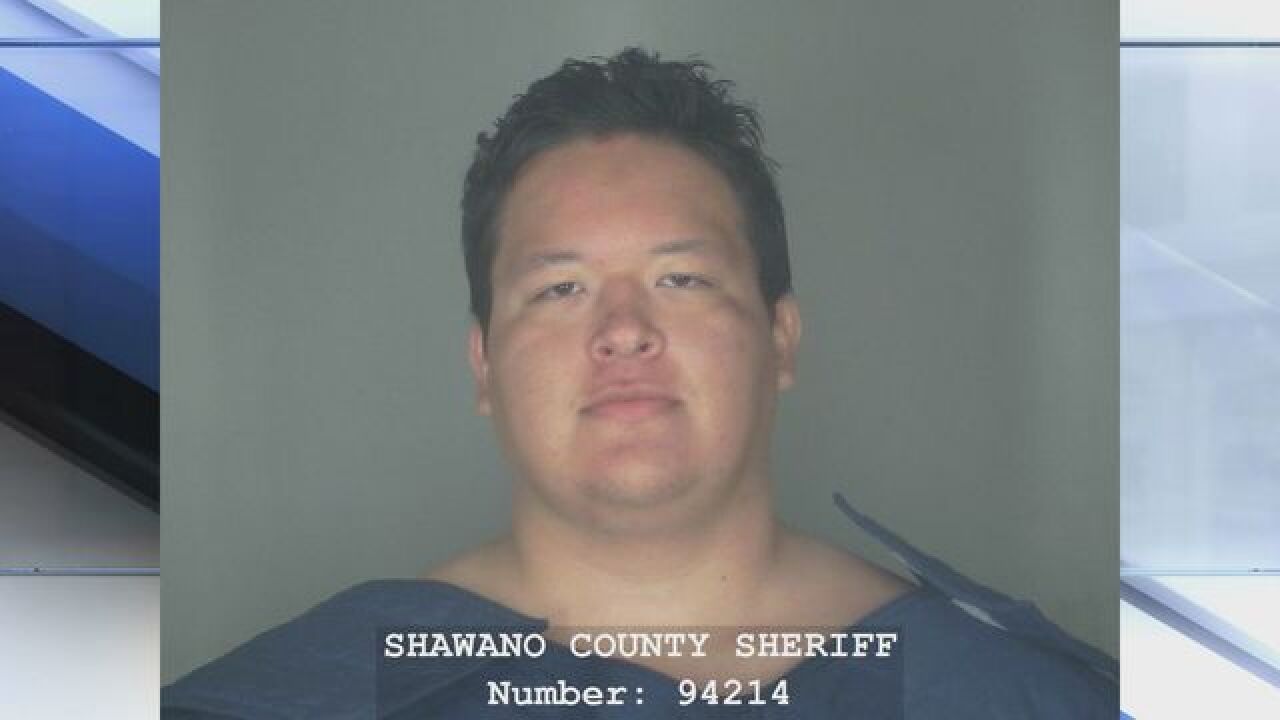 Copyright 2018 Scripps Media, Inc. All rights reserved. This material may not be published, broadcast, rewritten, or redistributed.
<p>Lawrence Walker III <span style="font-size:11.0pt"><span style="font-family:"Calibri",sans-serif">accused of making terroristic threats.... Blowing up a bank.... And threatening by to kill sheriff's deputies</span></span></p>

A Wittenberg man is behind bars, accused of making serious threats. According to a criminal complaint, Lawrence Walker III threatened to blow up a bank with explosives and threatened to kill sheriff's deputies last week.

On Monday, Walker made his first court appearance. Walker had his arraignment hearing for about a half of a dozen charges that could send him to jail for over nine years.

According to officer statements in the criminal complaint, Walker called the Shawano County Sheriff's Office on Thursday morning. The statements claimed Walker told them he was equipped with a gun, had over a dozen hostages and explosives at the Associated Bank in Wittenberg.

Investigators say Walker claimed he would kill any law enforcement who approached him and that he would blow up the building of they got too close. Authorities say Walker also demanded $3 million from authorities.

Sheriff's deputies ended up locating Walker, tasing and then arresting him.

In court on Monday, Walker entered a plea of not guilty by reason of mental disease. An evaluation of his mental state is currently underway as he awaits his next hearing in September.