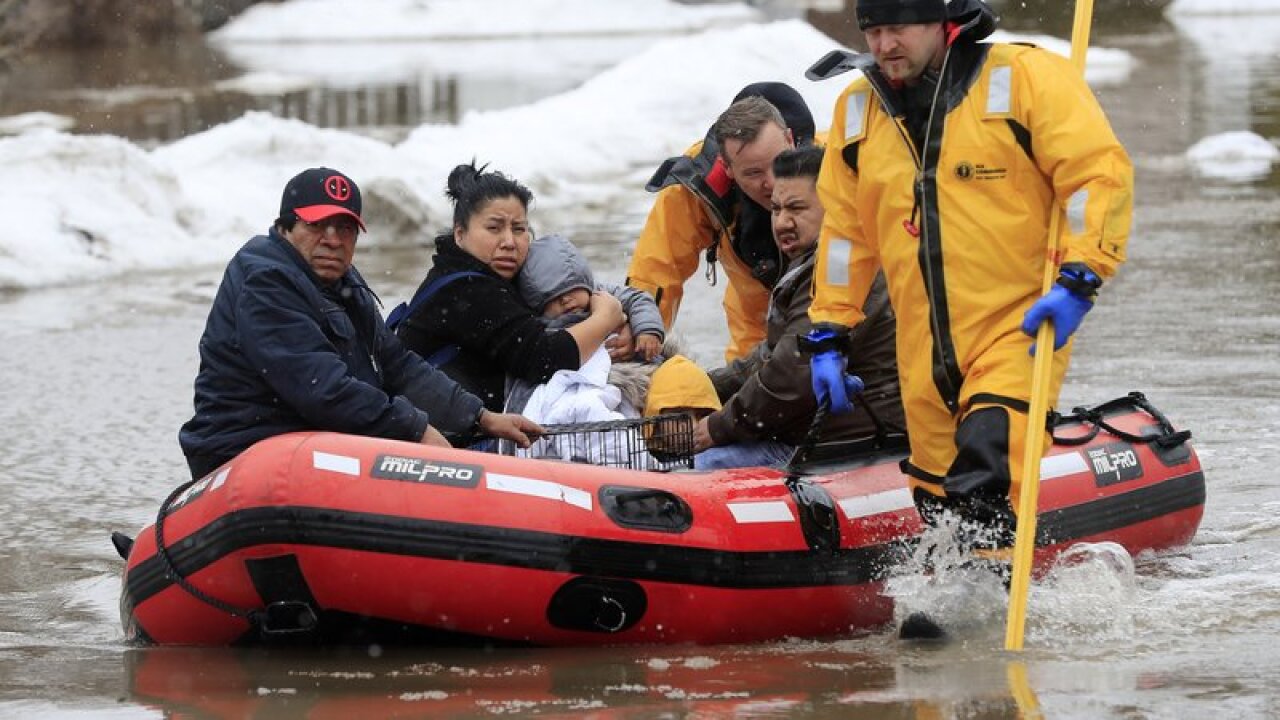 Green Bay firefighters assist residents in evacuating their homes due to the East river flooding on Friday, March 15, 2019 in Green Bay, Wis. Heavy rain falling atop deeply frozen ground has prompted evacuations along swollen rivers in Wisconsin, Nebraska and other Midwestern states, while powerful wind and snow has impacted hundreds of miles of interstates in North Dakota. (Adam Wesley/The Post-Crescent via AP)

Predatory contractors, often called "storm chasers," offer to conduct repair work faster and at a lower cost, but will use low-grade material or leave before completing the job, Sutherlin said. Scammers often prey on the most vulnerable residents, such as the elderly, she said.

"(Seniors) often are more isolated and susceptible to high pressure sales tactics and promises of remediating harm immediately," Sutherlin said. "And they can often be more susceptible to this notion that `if you don't do this right now, all these other horrible things will befall you."'

"The complaint from year to year is that the consumer makes a payment and then later doesn't know who they hired. The company doesn't produce any information about themselves, business cards or brochures," she said. "There's no way that we or probably any agency can assist them in trying to get their money back."

Homeowners should call their insurance agency and take photos of storm damage before seeking local contractors, Schiller said. Residents can also call the bureau or go online to verify if a contractor is reputable and see if there are any consumer complaints filed against them.

"Consumers often think with their heart and not so much with their head," Schiller said. "They're feeling very vulnerable and they want to get the repairs made as soon as possible."