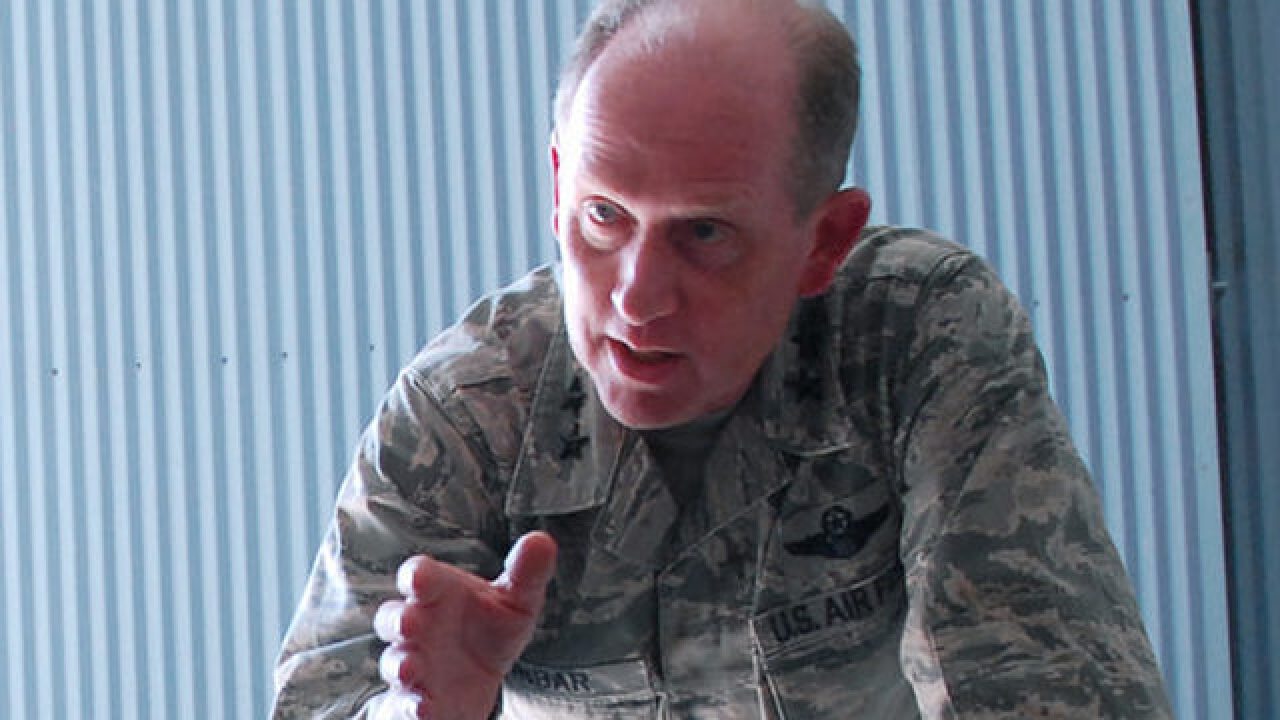 He said he won’t look the other way on sexual assault because it violates every value his airmen and soldiers hold dear. He told his troops to demand that everyone within their units live up to the values of loyalty, duty and respect.