A man whose dog was tragically shot and killed has a new best friend thanks to the Winnebago County Sheriff's Office.

The 78-year-old man was walking his two dogs in a farm field in the Town of Rushford on March 7 when he heard a gun shot, according to the sheriff's office. His dogs were about 100 yards away, and he called them back, he told deputies.

Only one returned. He later found the second dog, Antone, dead from a gunshot wound in the field, the sheriff's office said.

It was a devastating loss for the 78-year-old man, and although many people offered to replace Antone, he asked Winnebago County Sheriff John Matz if he would help in his search for a new furry friend.

After a long search, Sheriff Matz picked up Lovebug from a rescue in southern Wisconsin and delivered him to the man on Saturday morning with smiles all around, according to a Facebook post from the Winnebago County Sheriff's Office.

The sheriff's office is still searching for the person accused of shooting Antone, a 5-6 year old blue healer and shepherd mix, in early March.

It happened in a hay field directly east of County Road K between 800 and 1,000 yards off the road, in an area not visible from the roadway, according to the sheriff's office.

A photo of Antone is below: 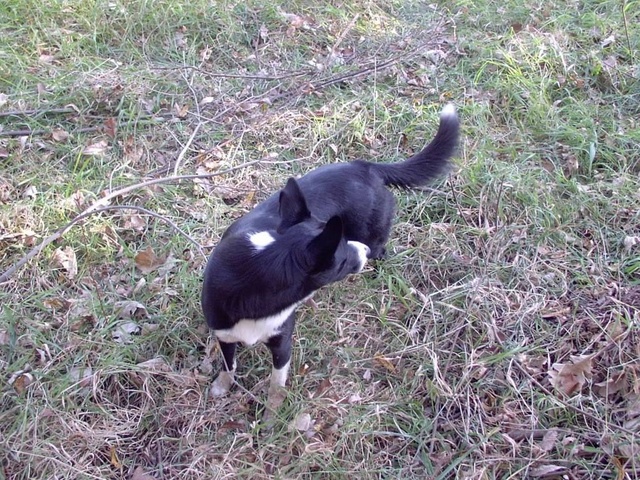 The sheriff's department says the man and his dogs had permission to be in this field, and trespassing is not an issue in this case.