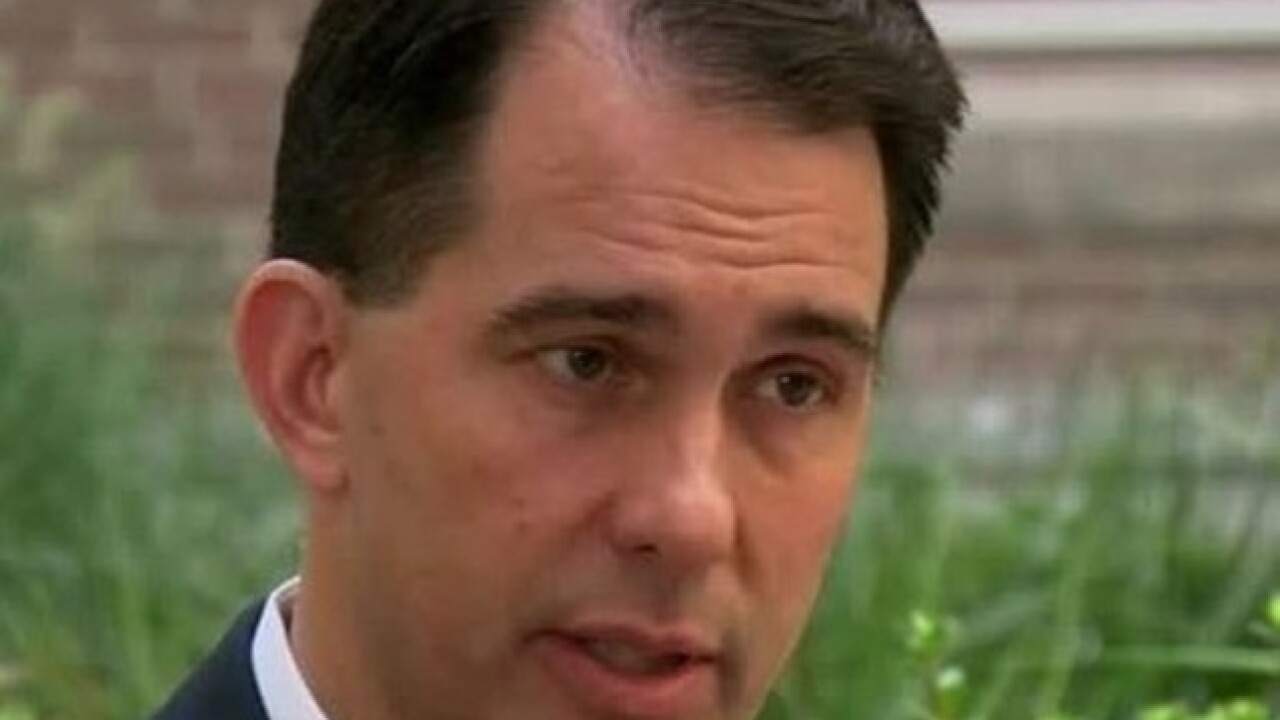 Wisconsin Gov. Scott Walker said Tuesday he was surprised when President Donald Trump announced plans to impose new tariffs on imported aluminum and steel because based on conversations with administration officials, the Republican governor thought "we were in a good place."

Walker, in a rare public break with the president, took his case against Trump's tariffs on the road Tuesday. Walker visited a plastics manufacturer in Oshkosh and a food distributor in Janesville that the governor said would be hurt under Trump's plan. If Trump won't reconsider the tariff in total, Walker said he hopes he would make an exception for ultra-thin aluminum used by Bemis Industrial Products and tinplate steel used by Seneca Foods.

Trump reiterated Tuesday that he has no plans to back down on the tariffs, saying "trade wars aren't so bad."

Walker is part of a broad group of Republicans -- including House Speaker Paul Ryan of Janesville and U.S. Sen. Ron Johnson -- who are urging Trump to reconsider the tariffs, saying they could spark a trade war, hurt Wisconsin-based companies and force jobs overseas.

The governor said he planned to make the pitch again Wednesday when he's scheduled to speak with U.S. Commerce Secretary Wilbur Ross -- and maybe also Trump and Vice President Mike Pence. Walker said both he and Ryan had talked with Ross last year about how a tariff on those types of steel would hurt Wisconsin.

"I actually thought up until this last week that we were in a pretty good place on that," Walker said at the Seneca Foods' distribution facility in Janesville.

"Heck, all of us governors, the majority of governors in America, were just at the White House last Sunday and Monday and this didn't come up at all," Walker said. "(Trump) talked about trade, but he didn't talk about the details of these tariffs. I think a lot of us were surprised to hear this."

Trump campaigned on the issue of free trade, and renegotiating deals he said have been bad for the U.S. like the North American Free Trade Agreement. While Walker said Trump had talked in general about tariffs, the specific proposal last week to impose a 25 percent tariff on steel imports and 10 percent on aluminum imports caught him off guard.

The tariff could cost Seneca Foods $25 million in one year, which is double the profit it made in 2017, Walker said. Bemis, which is based in Neenah, employs about 5,000 people in Wisconsin and uses ultra-thin aluminum used to make a variety of products, including packaging for cream cheese and medical devices.

Walker argues that the tariffs could hurt workers at those companies and other major employers, including MillerCoors and Harley-Davidson, by disrupting the market, driving up prices, and forcing layoffs and plant closure as jobs and operations move elsewhere.

The Trump administration has argued that the tariffs are necessary to preserve the American aluminum and steel industries and protect national security. Labor unions and liberal Democrats have applauded Trump's approach. Republicans and an array of business groups, including Wisconsin Manufacturers and Commerce, are warning of dire economic and political consequences.

Democratic U.S. Sen. Tammy Baldwin, who like Walker faces re-election this year, withheld judgment, saying she wants to see all the details of the administration's plan. Baldwin said she supports sending a "strong message to bad actors" like Russia and China, but she also fears a blanket tariff could start a trade war with allies like Canada and hurt Wisconsin manufacturers and the state's agricultural economy.

Republican state Sen. Leah Vukmir, one of two Republicans running to take on Baldwin, didn't take as strong of a stance against the tariffs as Walker did on Tuesday.

"Gov. Walker is right that free trade benefits Wisconsin in so many ways," said Vukmir's campaign manager, Jess Ward. "But at the same time Leah believes we need to make certain we negotiate the best possible trade deals, and she applauds the president's efforts to fight for better deals for Wisconsin."

Delafield businessman Kevin Nicholson, who is challenged Vukmir, issued a statement through his spokesman that did not directly address the tariffs, but expressed support for renegotiating trade deals to benefit the U.S.