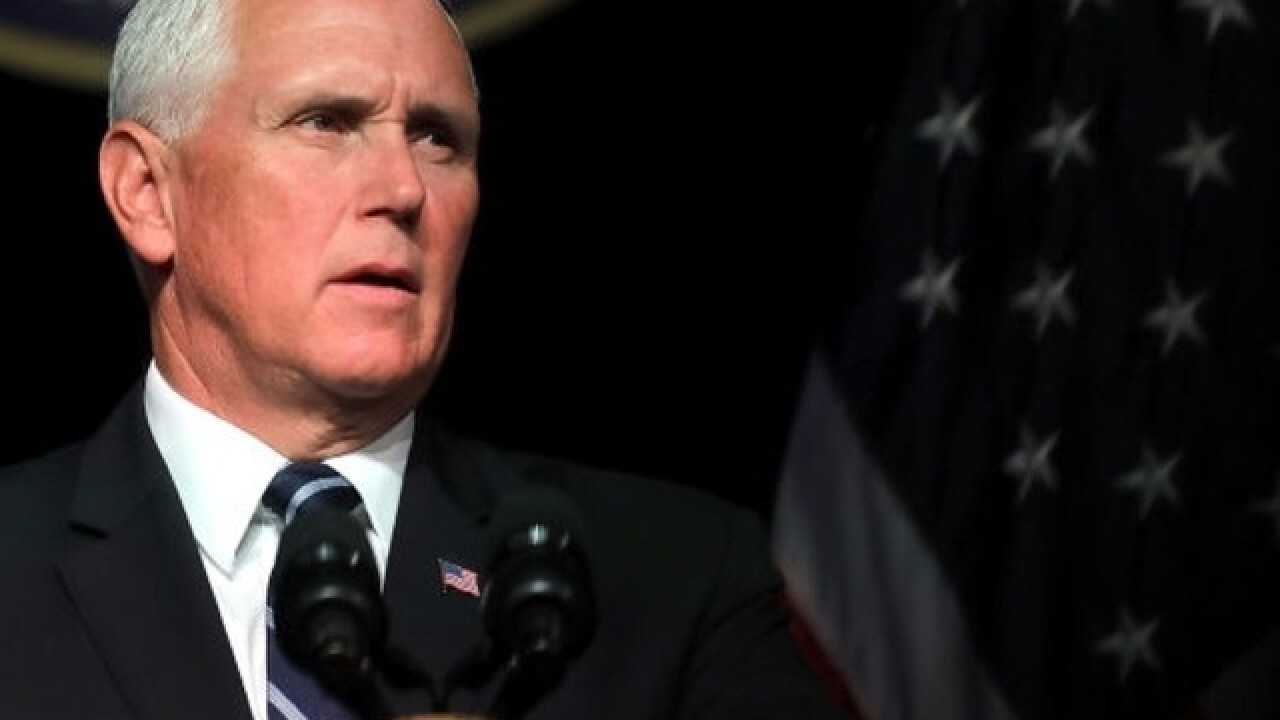 Image copyright 2018 Getty Images. All rights reserved. This material may not be published, broadcast, rewritten, or redistributed.
Chip Somodevilla/Getty Images
<p>ARLINGTON, VA - AUGUST 09: U.S. Vice President Mike Pence announces the Trump Administration's plan to create the U.S. Space Force by 2020 during a speech at the Pentagon August 9, 2018 in Arlington, Virginia. Describing space as adversarial and crowded and citing threats from China and Russia, Pence said the new Space Force would be a separate, sixth branch of the military.</p>

On a Thursday that will already be busy in Milwaukee with the Harley-Davidson 115th celebration, the Vice President of the United States will be coming to the Brew City.

The Vice President tells WTMJ Radio in a one-on-one conversation with Scott Warras that he will be coming to Milwaukee Thursday for a fundraiser for the gubernatorial campaign of Scott Walker.

There were no other initially confirmed details as of mid-Thursday morning about where and when the fundraiser would be held.