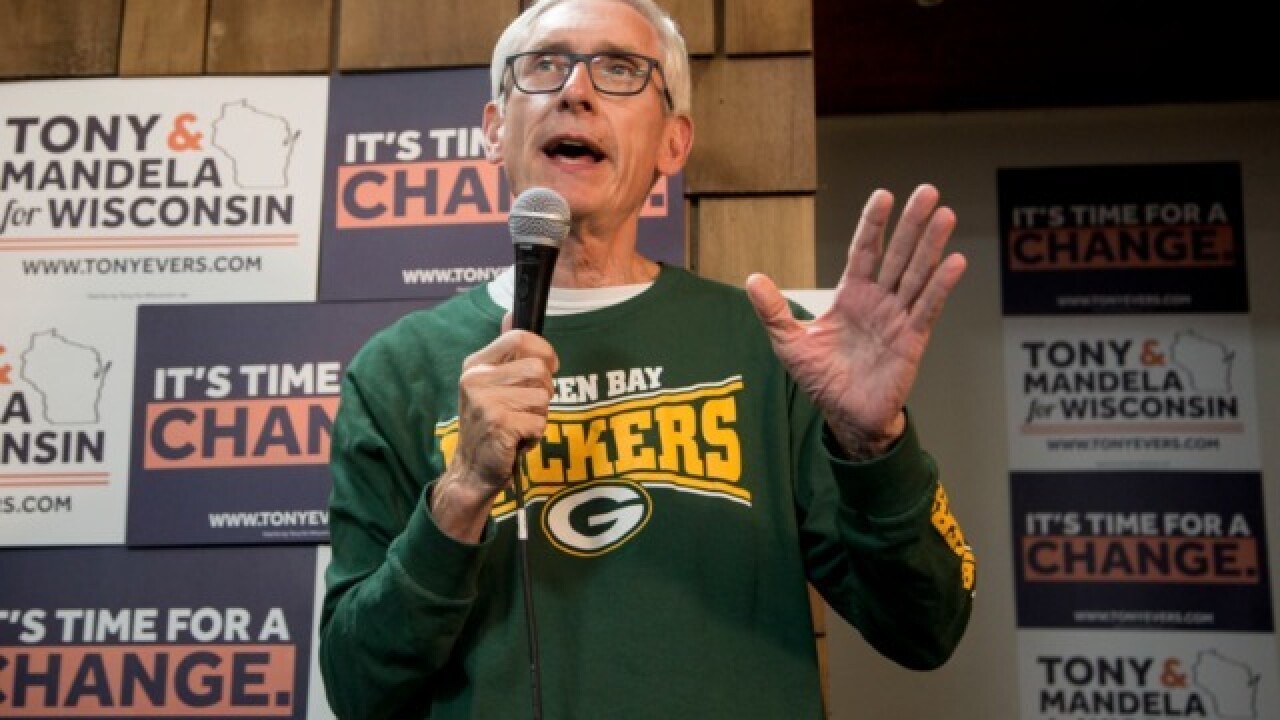 The Latest on Tony Evers and the Wisconsin Legislature (all times local):

Former Democratic Gov. Jim Doyle says it would be “bad form” for Republicans to strip power away from Gov.-elect Tony Evers before he takes office.

Republicans who control the Legislature are discussing that possibility.

Doyle tells The Associated Press in an interview Thursday that such a move is “what people don’t want” in politics. Doyle says, “The Wisconsin voters have elected a new governor and they want to see how this works, they want to have a change.”

Doyle says he hoped Republican Gov. Scott Walker would oppose any such attempt.

Walker has not commented on whether he would sign a bill passed in a lame duck session limiting the governor’s power.

The Legislature is to return in a lame duck session later this month or next.

Incoming governor Tony Evers is calling on Republicans who control the state Legislature to “stop any and all attempts to play politics and weaken the powers of the governor’s office” before he takes over in January.

Let me be clear: the Republicans and Speaker Vos should stop any and all attempts to play politics and weaken the powers of the governor’s office in Wisconsin before I take the oath. pic.twitter.com/fHmdvn1LMA

Evers calls it a “desperate attempt to cling to power.”

Republicans have not been specific about what they would consider changing.

Evers calls it a “complete violation of the separation of powers in our system.” He says he is committed to working together with both Democrats and Republicans on issues including health care, education, infrastructure and other priorities.

As Gov.-elect Tony Evers moves ahead with his transition into office, Republican senators were meeting privately to discuss ways to limit his power as governor.

Republicans are returning with majorities in both the Senate and Assembly, while Evers and Democrats will control all the constitutional offices, including attorney general.

Senate Republicans planned to elect their leaders Monday and then meet privately to discuss a planned lame duck session either later this month or December.

Assembly Speaker Robin Vos says he’s open to the Legislature scaling back the governor’s power during that session. It will be their last chance to enact law changes under Gov. Scott Walker before he leaves office in January.

The session is supposed to be focused on a tax break bill for Kimberly-Clark Corp.