Baldwin, Vukmir spar in the first of three debates 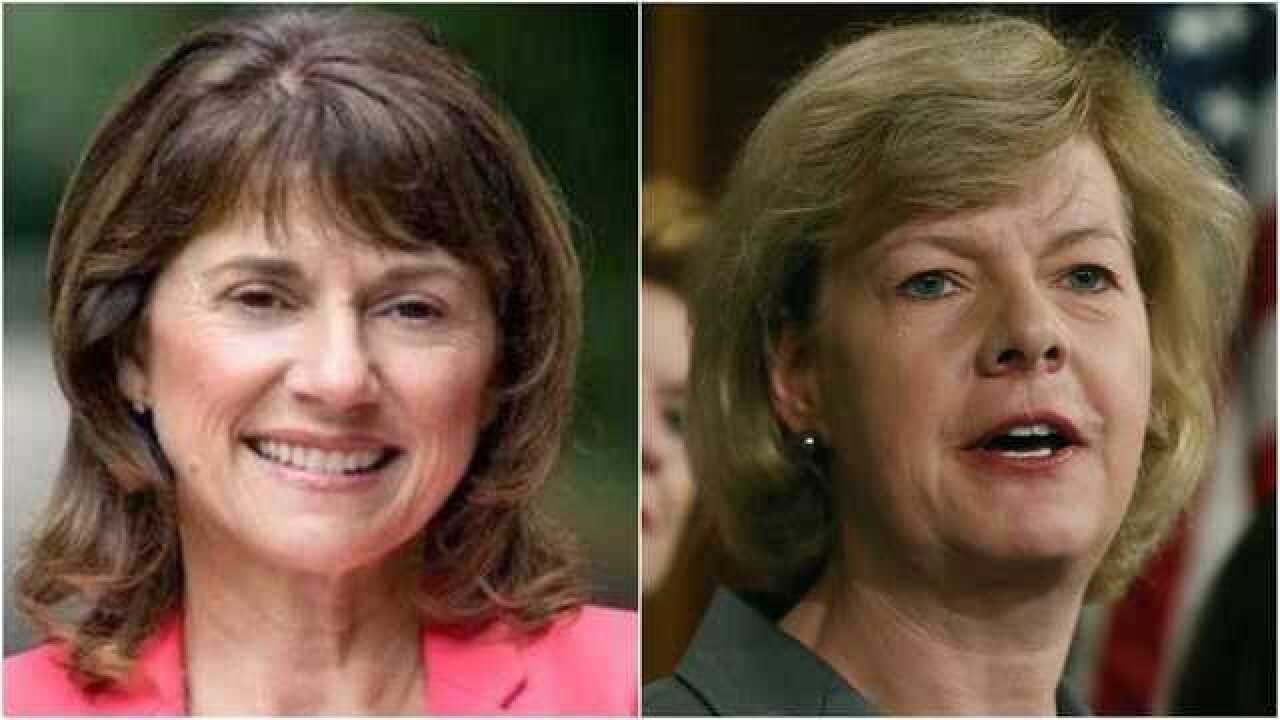 The Latest on Wisconsin U.S. Senate race (all times local):

Democratic Sen. Tammy Baldwin and Republican challenger Leah Vukmir are clashing over health care and insurance coverage for people with pre-existing conditions in the first of three debates ahead of the Nov. 6 election.

Vukmir says in Monday’s debate that she would “fall in front of a truck” before she would let people with pre-existing conditions go without coverage.

Baldwin supports the law and says Vukmir’s push to repeal it would return us to the “bad old days” and jeopardize that protection for people with pre-existing conditions.

Vukmir says the question is whether voters trust her, a nurse, or Baldwin, who Vukmir dubbed a “career politician.”

U.S. Senate candidates Tammy Baldwin and Leah Vukmir are meeting for the first of three debates.

Baldwin, the Democratic incumbent, and Vukmir, the Republican challenger, are scheduled to face off Monday night on the University of Wisconsin-Milwaukee campus. Their second debate is Saturday night in Wausau with a third and final debate set for Oct. 19 in Milwaukee.

Polls have shown Baldwin with a lead over Vukmir. Baldwin reported earlier Monday that her campaign raised $6 million between July and September and had $5 million cash on hand.

A central issue in the race has been the candidates’ positions on health care. Vukmir opposes the national health care law and wants to repeal and replace it. Baldwin supports it and has been a backer of universal health care.

Democratic U.S. Sen. Tammy Baldwin’s campaign says it raised $6 million in the third quarter and has $5 million in cash on hand heading into the home stretch of her re-election campaign.

Baldwin campaign manager Scott Spector said in a statement Monday that her online donations averaged $19, with over 140,000 individual contributions including over 32,000 first-time donors. The campaign says it will use the money on field organizing and advertising.

Polls show Baldwin leading GOP challenger Leah Vukmir, a state senator who has not yet released her third-quarter fundraising numbers.