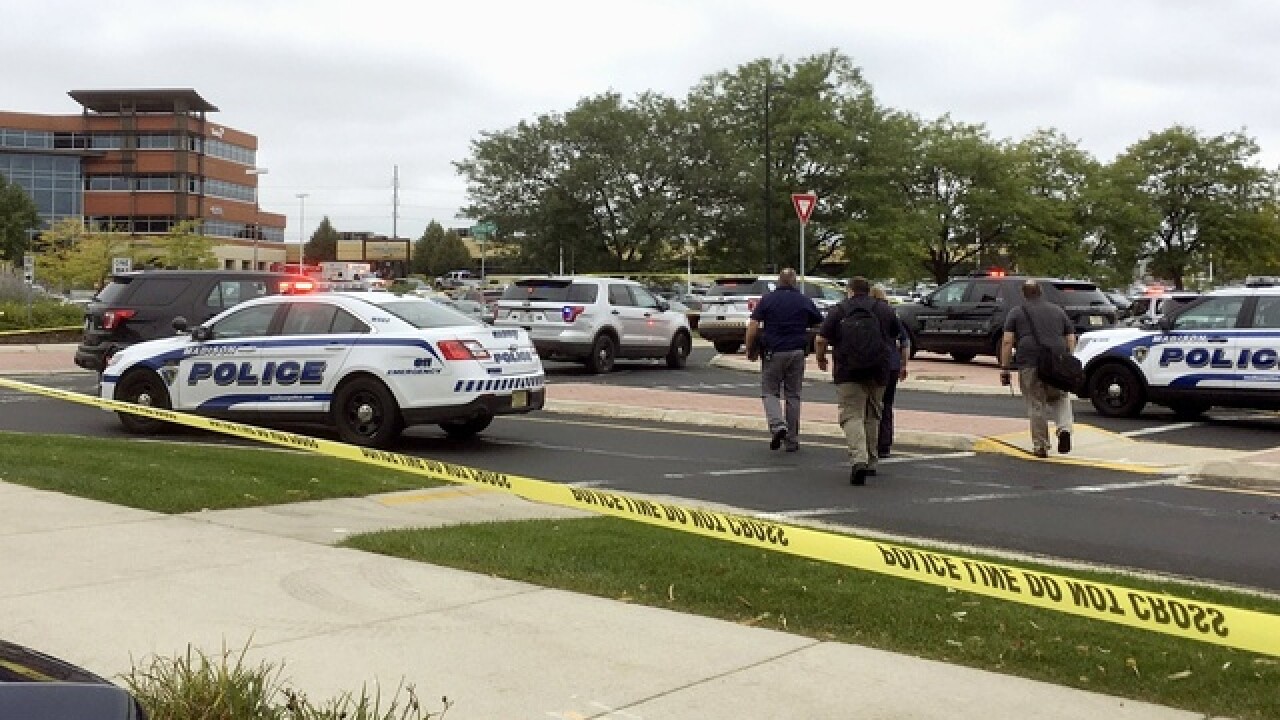 Copyright 2018 The Associated Press. All rights reserved.
<p>Emergency personnel arrive at the scene where a shooting was reported at a software company in Middleton, Wis., a suburb of Madison, Wednesday, Sept. 19, 2018. Multiple people were reported to have been shot. (AP Photo/Todd Richmond)</p>

The Latest on a Wisconsin workplace shooting that injured four people and left the gunman dead (all times local):

A hospital says the condition of the person most seriously wounded during a shooting at a Wisconsin software company has improved.

Spokeswoman Lisa Brunette said Thursday that the person critically injured in Wednesday’s shooting at WTS Paradigm has been upgraded to serious condition at University Hospital in Madison.

Two others injured in the shooting are also hospitalized in serious condition. Police say a fourth person was grazed by a bullet when an employee opened fire inside the company’s office in nearby Middleton.

Police say responding officers fatally shot the heavily armed worker. Authorities have not identified him or a possible motive for the Wednesday morning attack.

Law enforcement officers have searched a house in Madison in the investigation into a shooting at a Wisconsin software company.

The shooter, a company employee, shot and wounded four people before he was fatally shot by officers.

Schaffer declined to say if the house belonged to the gunman, whose name has not been released. Three people suffered serious injuries, while a fourth sustained a graze wound.

Middleton police say the gunman fired at officers before he was shot.

Authorities say they still don’t know why a Wisconsin software company employee went to his office with a pistol and extra ammunition and opened fire on his colleagues, seriously injuring several before he was fatally shot by police.

The attack happened Wednesday morning at WTS Paradigm in Middleton. Investigators haven’t released the suspect’s name but say he lived in nearby Madison.

Foulke says officers were on the scene and shot the man within eight minutes of getting an emergency call. Foulke says the man was using a semi-automatic pistol and had extra magazines, and that he believes officers prevented more bloodshed.

He says the man fired at officers before he was shot.